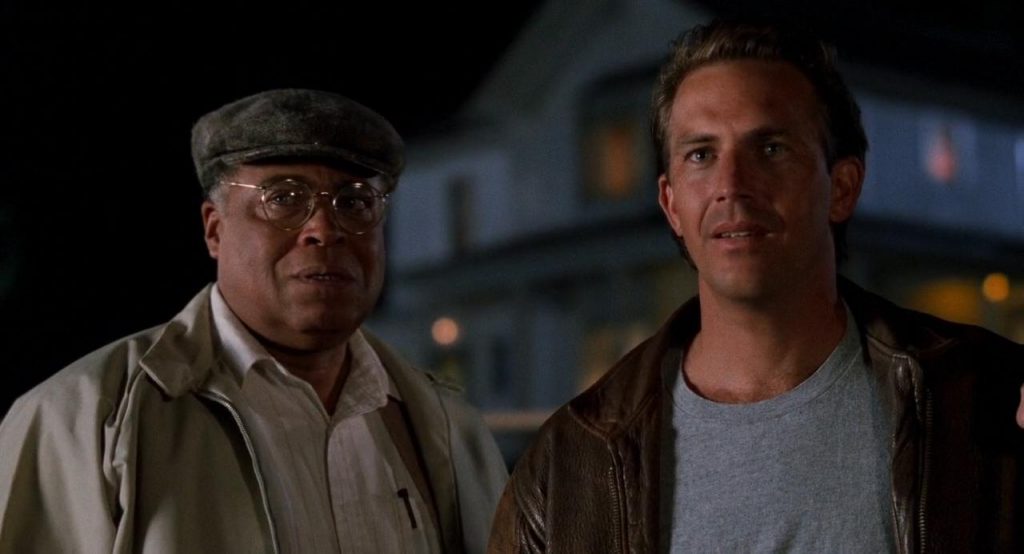 I wrote this column originally in observance of the beginning of the 2020 Major League Baseball season.

But I found it was too long anyway, so I will split it in half, because I think we are going to be seeing a lot of baseball movies in place of the real thing for awhile.

Movies about the National Pastime have been produced since they started to make movies.

My favorite baseball movie franchise, and I’m sure it is the favorite of many others, is “Major League”.

The original movie, released in 1989, just about coincides when I started to call the Cleveland Indians “my team” after visiting the city by the lake for the first time. Maybe the movie played a part in that.

The storyline of the original movie was that the Indians’ new owner — described by play-by-play announcer Harry Doyle as “toxic” — concocts a plan for the team to lose enough games to break the stadium lease in Cleveland, and then move the team to Miami. Remember, at that time, the Marlins didn’t yet exist. And many think they shouldn’t.

When the manager finds out the owner’s plan, he tells the players — and to spite her, they win.

The character, Rachel Phelps, is loosely based on the former owner of the Los Angeles Rams, Georgia Rosenbloom Frontiere, a former nightclub singer who married the rich guy who died and left her the team.

In order to lose as much as possible, the Indians invite every downtrodden ballplayer they can find to spring training — including a voodoo idol-worshipping Cuban slugger, and a young pitcher with a fastball he can’t control until he gets glasses.

I have to mention Harry Doyle — played by real-life Milwaukee Brewers play-by-play/funny man Bob Uecker, who became a baseball comedian poking fun at his own playing career by telling Johnny Carson on “The Tonight Show” that he should be elected to the “Hall of Shame” instead of the “Hall of Fame”. Uecker was allowed to ad-lib some of his lines in the movie, like, when he was calling a pitch “Wild Thing” Rick Vaughn threw about 25 feet off home plate, “Juuuuuuuust a bit outside”.

“Ball four. Ball eight. I don’t know how guys can lay off pitches so close!”

The sequel, released in 1994, has mostly the same cast, but now this group of losers are now winners — and view themselves differently. For one thing, Vaughn gets a normal haircut, and dates his agent, an attractive blonde — until he overhears her on the phone talking him down. He eventually sees through her, and goes back to his old girlfriend, a school teacher.

The third and final film doesn’t resemble the first two, because almost all the characters are different.

Gus Cantrell, a pitcher whose career is coming to an end, is offered a chance to manage the top minor league team of the Minnesota Twins, the Buzz. He is offered the job by the Twins general manager, Roger Dorn, one of three characters from the first two movies. The team is a bunch of rag-tag never-bes, but Cantrell, played by “Quantum Leap” star Scott Bakula, molds them into a winner.

Baseball movies in the ’80s were dominated by one actor — Kevin Costner — who starred in two baseball flicks — Bull Durham, in which he played a veteran catcher who was assigned to develop young phenom pitcher Ebby Calvin “Nuke” LaLoosh, played by Tim Robbins, whose love interest was also the object of Kostner’s character — but good luck getting her away from him, because it was Robbins’ real-life significant other, Susan Sarandon.

A year later, in 1989, Kostner stars in “Field of Dreams” with James Earl Jones, when he is told to build a baseball field in the middle of his corn field, “If you build it, they will come”, and come they did, the 1919 Chicago Black Sox, who threw the World Series to the Cincinnati Reds.

The movie about the darkest day in baseball — maybe until now, with the Houston Astros sign-stealing scandal — was made in 1988. “Eight Men Out” was about the members of that Chicago White Sox team who threw the series for money, but also because of the White Sox cheapskate owner, Charles Comiskey, who had the stadium named after him. The cast had a lot of known actors, like a young Charlie Sheen and John Cusack, who played two of the ballplayers; John Mahoney, Martin Crane from “Frasier” who played the White Sox manager, Kid Gleason, and Kevin Tighe, Roy DeSoto from “Emergency” and Christopher Lloyd, Reverend Jim from “Taxi” who played two of the criminals.

Another ’80s movie of note is a made-for-TV movie, “Long Gone” with William Petersen and a young Virginia Madsen. Petersen is “Stud” Cantrell, the star and manager of the minor league Tampico Stoagies who is persuaded to throw the league championship game with a promise he will manage the wealthier Dothan Cardinals, only to relent at the last moment. Larry Riley played Joe Louis Brown, who they had to call Jose Brown, as if he was Hispanic rather than African-American, in the 1950s south, where the movie was based. He and Brown didn’t show up for the game, initially, but then did and they won.

The last movie from the 80s we’ll talk about is “The Natural” with Robert Redford. A previously unknown player, Roy Hobbs, comes out of nowhere to become a legendary player for the fictional New York Knights.

ANSWER: June Foray, the voice of Rocket J. Squirrel, better known as “Rocky the Squirrel” from “Rocky and Bullwinkle” was a clerk in “The Jetsons” and a bank customer in “The Flintstones.”

ANSWER: Eppy Brianstone, who was supposed to be the Beatles’ manager, Brian Epstein, had to have a British accent. The voice actor was none other than Bernard Fox, Colonel Crittendon from “Hogan’s Heroes” and Dr. Bombay from “Bewitched.”

ANSWER: John Stephenson, the voice of Fancy Fancy in the cartoon “Top Cat,” also did voice work for “Scooby Doo” and its many iterations. Stephenson, who also appeared in “Hogan’s Heroes” and “Dragnet” among other TV shows, started out like a lot of early TV actors — he was a radio announcer with a characteristic deep, resonating voice. Stephenson gave some realism to his “Hogan’ Heroes” character because he served in the Army Air Corps during World War II.

ANSWER: Blanc did Porky Pig, Bugs Bunny, Daffy Duck, Elmer Fudd, Tweety Bird, Sylvester the Cat, Wile E. Coyote,The Roadrunner, Sam the Sheepdog, Speedy Gonzales, Marvin the Martian, and four of my favorites — beside Bugs, Yosemite Sam, “Oooooooh! That Long-eared Galloot (referring to Bugs Bunny)”; Taz the Tazmanian Devil, Foghorn Leghorn, “Well. I say, boy,” and Pepé la Pew, le Skunk, who chased a cat who got a white stripe painted down her back, and he thought she was a skunk, “Where have you been all my life, Cherie?”

Trivia questions for next time

It bothered me for a long time where I had seen Margaret Whitton before “Major League”. She starred in another film not too long before portraying Rachel Phelps. What other movie did she star in?

Q. Where were the spring training scenes shot in the second “Major League”?

Q. Actor James Gammon, who played Lou Brown, starred in two other major films in the 1980s and a TV series in the ’90s. Can you name them?

Q. In “Major League II”, Michelle Burke is the actress who plays Rick Vaughn’s first girlfriend, the school teacher. What other notable film does she appear in?

Q. David Straithairn, who played aging pitcher Ed Cicotte in “Eight Men Our”, starred in another baseball movie in the 1990s. What was the movie?