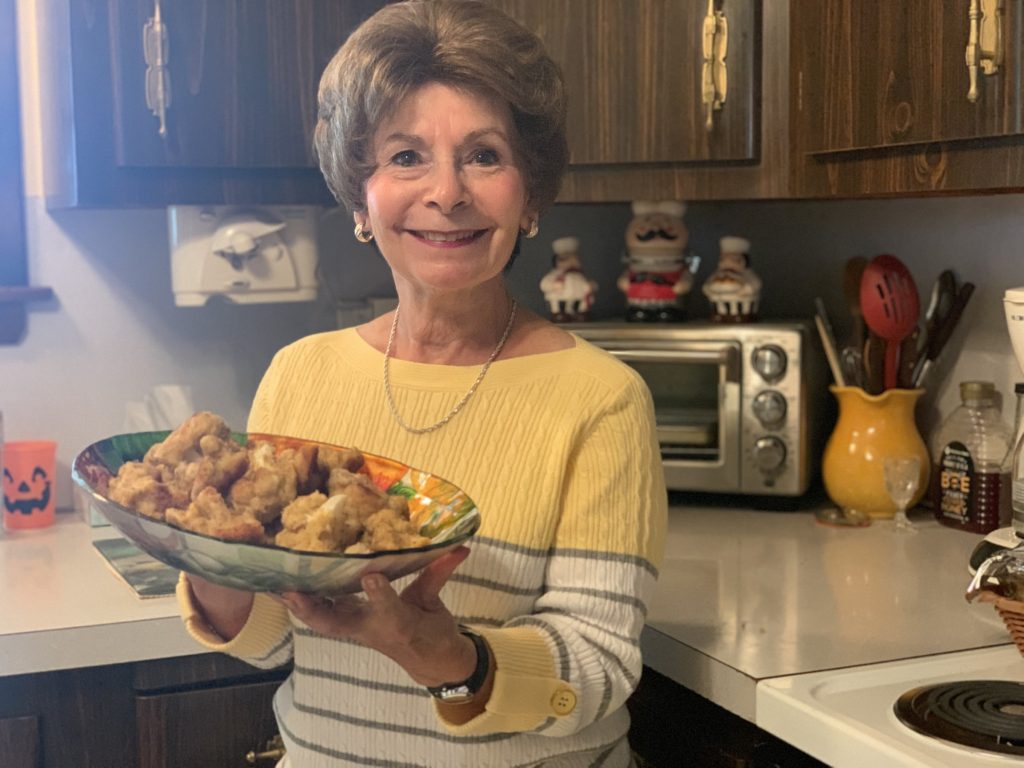 If the grandchildren like a dish, it’s a bona fide hit.

That’s the case for JoAnn Janssen, at least. The Dunmore resident holds lots of delicious meals in her repertoire, but the one for Breaded Cauliflower is a big deal for her two granddaughters, Cassie and Katrina. The young women are college students, and any time they’re home and having dinner with Janssen — or Noni, as they call her — they usually have one request.

“They’ll say, ‘Can you make your cauliflower?’” Janssen said during a recent afternoon inside the home she shares with her husband, Bill. “It’s such a simple recipe, but they just love it. I’m happy to make it.”

Janssen inherited the recipe from her mother, Angela Amico. Even though they’re Italian and most of the family recipes are centered around pasta and sauce, Breaded Cauliflower has always been a staple.

The recipe — which earned Janssen a $50 gift card from Riccardo’s Market, 1219 Wheeler Ave., Dunmore — is easy to make, she said. She advised that after cooks coat the vegetables in breading, they should keep an eye on them while they fry. Allow the cauliflower pieces to cook for about 20 minutes and poke them with a fork every so often. When the fork goes through, the cauliflower is tender, and they’re ready to be removed from the oil, Janssen said.

“That ensures the cauliflower is soft but not too mushy,” she said.
It’s no surprise the dish is such a hit in the Janssen family because her recipe for Breaded Cauliflower was out of this world. The breading was light and crispy while the cauliflower was tender but still had a crunch to it. The flavors blended perfectly together. In addition to the cauliflower, Janssen served her guests a full lunch including ham and swiss cheese sliders with a garlic-dijon spread and homemade zucchini bread from dessert. The latter was created with fresh zucchini from Janssen’s garden.

Her cooking skills know no bounds. While raising the couple’s three children, Denise, Susan and Bill Jr., she always had a home-cooked meal on the table each night as well as something for dessert. During the holidays, she’s a big baker and makes nut roll and pie as well as dozens of cookies in all different flavors. She loves to create meals that have been in her family or her husband’s, as well as trying her hand at recipes she comes across on Pinterest.

“I’ll tell Bill, ‘It’s a Pinterest night,’ and he has to be my taste-tester,” Janssen said.
When she’s not in the kitchen, Janssen keeps busy with home renovation and crafting products. She’s made intricate wreaths and elaborate centerpieces and also loves to refurbish furniture and undertake remodeling projects. She recounted the time when her husband bought her a special saw for their anniversary one year.

Whether Janssen is cooking up meals in the kitchen, repurposing a piece of furniture or making something entirely new, it’s surely going to be made with love.