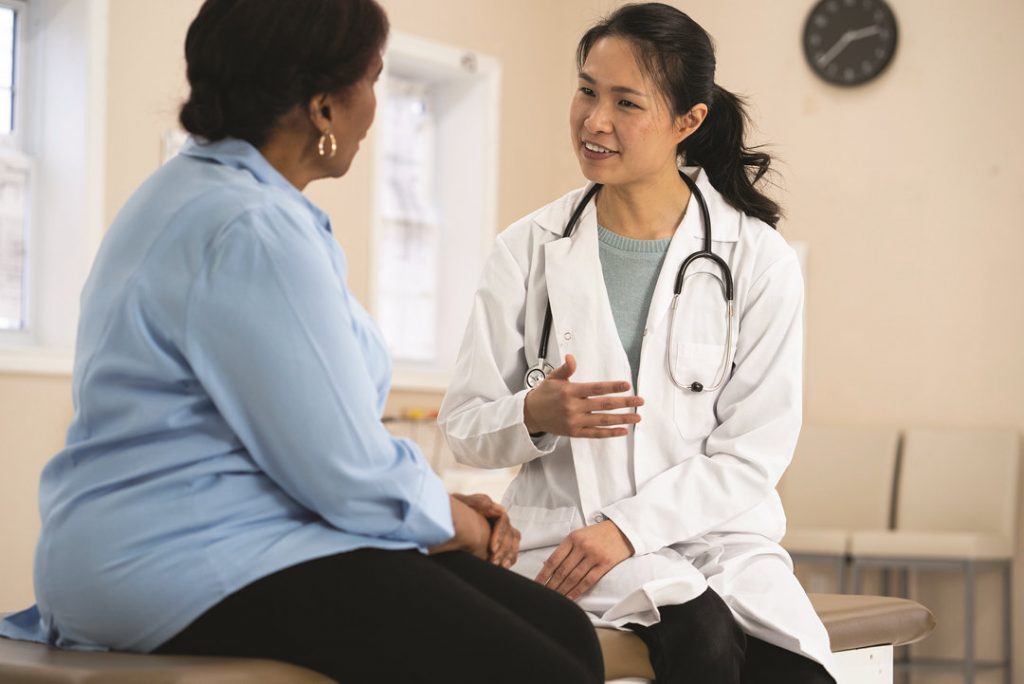 What the new colorectal cancer screening guidelines mean to you

Screening for colorectal cancer is now recommended for all people, beginning at age 45 rather than 50. The U.S. Preventive Services Task Force recently updated its guidelines to begin screening five years earlier because of the increase in younger people developing colorectal cancer.

“Colorectal cancer is the third leading cause of cancer death in the U.S. It affects men and women equally. And we expect about 50,000 people will die this year from colorectal cancer,” says Dr. Boardman.

Rates of colorectal cancer are higher in Black Americans; American Indians; Alaskan Native adults; those with a family history of colorectal cancer; and adults with other health factors, including diabetes. The U.S. Preventive Services Task Force says it recommends that all adults get screened, beginning at 45, even if these risk factors are absent.

“Half of the cases that occur under the age of 50 are going to be in that 40-to-45 to the 50-year-old decade of life,” says Dr. Boardman. “And with that average-risk screening dropping down to starting at age 45, the hope is that cancer would be caught earlier, or even better, catching it at the polyp stage, which is the precancerous lesion. The benefit of finding it at that stage is that you can remove a polyp and prevent that person from getting cancer.”

Dr. Boardman says the importance of screening is to find colorectal cancer before a person develops symptoms.

“We know that screening works in people age 50 and older. We’ve seen a reduction in colorectal cancer cases and deaths due to that condition. And now applying it to younger people, we hope will have a similar impact,” says Dr. Boardman.

“It is an endorsement for doctors, for insurance companies, for the policy-forming organizations who helped to determine whether you’ll have your testing done covered by insurance. This was the crucial step. And this opens those doors for people to know that they can get that screening done and that their insurance company should cover it.”