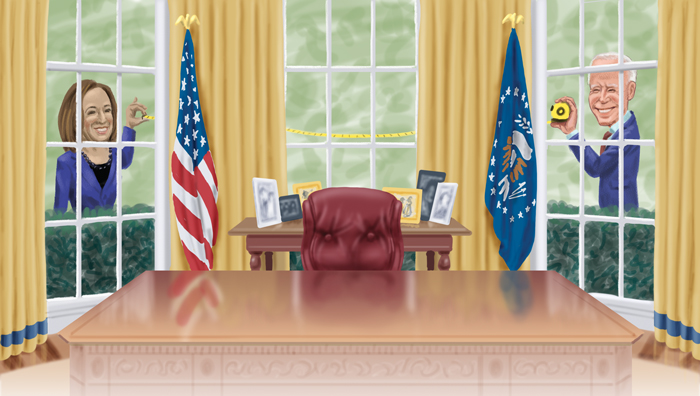 Website keeps you up to date on incoming administration’s plans

Despite the incumbent president’s initial refusal to acknowledge the results of the election, the president-elect is forging ahead with preparations to occupy the White House. Traditionally, the outgoing president and staff cooperate with the incoming administration to ensure a smooth transfer of power. They show them around the office, explain duties and procedures, and share knowledge they’ve gained over the previous term. A relatively new component of this process is the transition website.

The Clinton administration was the first to give the presidency a web presence with whitehouse.gov. It became the official site of the presidency and has been updated by each succeeding administration. Email and social media accounts followed over the years as the web became the new town square. Obama was the first social media president, expanding the use of digital tools to include Facebook, Twitter and other popular platforms. The current chief executive has taken it to a whole new level. He communicates extensively through Twitter, including announcing policy and staff changes via tweet.

Buildbackbetter.com is President-elect Joe Biden’s transition website. It serves as both a campaign tool and an information portal. Even though the presidential race ended with the election, politicians never stop campaigning. The site features a very optimistic vision of the Biden-Harris ticket’s plans to solve America’s problems. A lot of language from the campaign is recycled to explain how they will face the various challenges ahead. Everything is presented in a very positive light. Glowing biographies of Biden and Vice President-elect Kamala Harris are presented. It neglects to mention the obstacles of a very divided nation and a potentially hostile Senate majority. There is no bashing of the current administration; in fact I didn’t see the president’s name on the site at all. There are a few indirect digs, with references to “listening to science,” “much needed national leadership” or “taking responsibility.”

The site does have informational value beyond its campaign propaganda. It clearly identifies what Biden thinks the most important issues are, and it explains how he intends to address them. In a section called Priorities, COVID-19, economic recovery, racial equity and climate change are listed as the main problems they will focus on. Each issue has a page devoted to it explaining how the administration will address it.

A section called Transition explains their process for laying the foundation they will build on to govern. They promise a diverse and ethical team that will do analysis and planning so they can hit the ground running on day one. There’s also a News section under the Transition link that features press releases updating their progress and commenting on current developments.

The campaign must have been confident of success because it’s obvious it didn’t slap this together at the last moment. The transition site is very slickly designed. The red, white and blue palette and use of a modified presidential seal give the site a presidential look. It’s organized and clutter-free with good typography, imagery and navigation. It’s a little light on content, but it serves its purpose as a bridge from the campaign site to when they make whitehouse.gov their own.