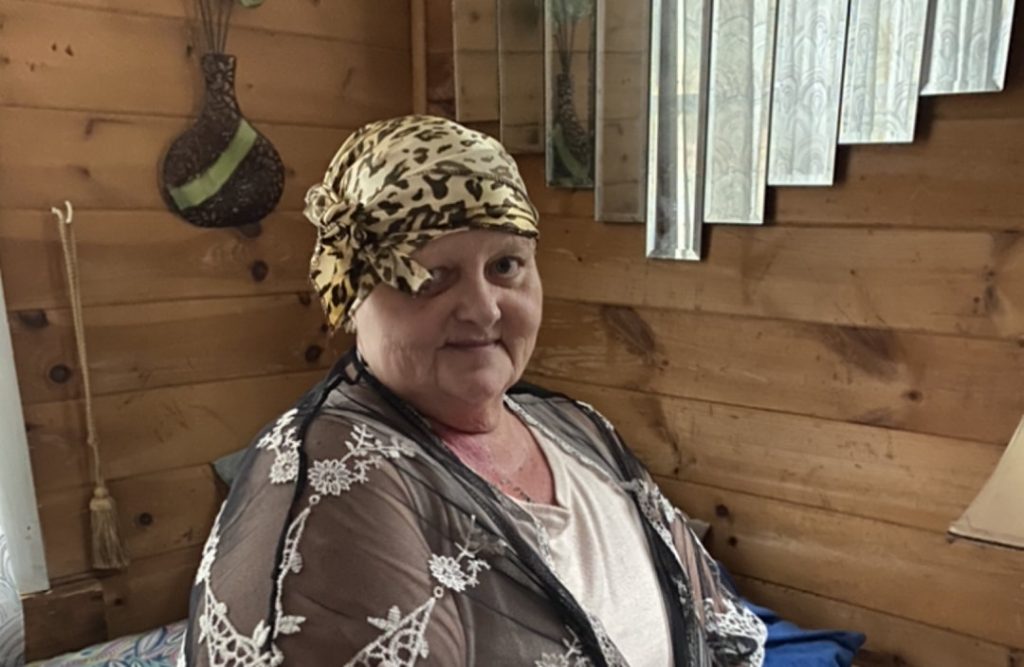 Who: Robbin Kizer is an outgoing and likeable woman with giving heart who always makes others laugh, said her daughter, Meighan Kizer. Not judgmental, she’s the type of person others always go to for advice.

The 59-year-old Hawley resident spent 20 years as a secretary for John’s Hardwood Floors in addition to raising her daughter and late son, Brendan, who died from non-Hodgkin’s Burkitt’s lymphoma in 2008 when he was just 17. After his death and until her own recent health issues, Robbin Kizer ran a nonprofit organization, One Child Too Many, A Brendan Kizer Foundation, and raised money for families with children suffering from life-threatening illnesses, enabling them to pay for gas, hospital and household bills, car repairs so they could drive their children to appointments and even Christmas gifts. Partnering with hospitals across the country, Kizer helped hundreds of families, her daughter said.

What: Now, the grandmother of 8-year-old Brendan Hiller and 3-year-old Phoenix Kizer is the one who needs help. Unable to work and living off disability support because of fibromyalgia, Robbin Kizer learned in August that she had small cell lung cancer that had spread to lymph nodes outside her lungs. Kizer underwent two radiation treatments daily for 15 days and two rounds of chemotherapy in addition to using several naturopathic treatments. She needs additional chemotherapy, but doctors suspended treatment for a few weeks after Kizer suffered side effects including hair and weight loss, atrial fibrillation, radiation burns on her chest, a weakened immune system that resulted in a six-week clostridium difficile infection, and gastrointestinal issues that left her nauseated and unable to eat.Doctors planned to look into giving her nutrition via a feeding tube or other method, her daughter said.Weakness keeps Robbin Kizer confined to her bed most of the day, but she does receive physical and occupational therapies weekly in addition to twice-weeklynurse visits to receive IV fluids. A scan in December showed that Kizer did not have any cancer in her lymph nodes and that the amount of cancer in her lungs had significantly decreased.

Why: Robbin Kizer has moved in with her daughter and needs help with walking, paying bills and traveling to appointments. Meighan Kizer is a single mom who took time off from her job as a caseworker for the Wayne County Office of Children and Youth to care for her mother, and she also is homeschooling Brendan and Phoenix to reduce the risk of COVID-19 entering their home. Meighan Kizer’s Family and Medical Leave Act coverage ends in early February, however, “and it’s currently unknown if I will be able to return (to work) if her condition does not improve by then,” she said.

“Therefore, any future financial stability for our family is unknown,” she added.

Donations will help cover Robbin Kizer’s gas and hotel expenses when she undergoes treatment in Philadelphia, naturopathic remedies, medical equipment insurance does not cover and any other expenses that may come up during treatment.

How: People can donate through the GoFundMe page, “Help my mom Robbin Kizer beat cancer”; through PayPal at paypal.me/meighank; or by mail to 2977 Owego Turnpike, Hawley, PA 18428.

In her own words: “Support and donations would mean the world for Robbin. It would be one less thing she needs to worry about for herself and her family. At first, Robbin was very stubborn accepting any type of donation and was not fond of the GoFundMe due to her independence and worrying about others’ financial struggles. After a few long talks about how she has helped her community and how it is OK to now accept them wanting to give back, she is open to receiving.” — Meighan Kizer, daughter