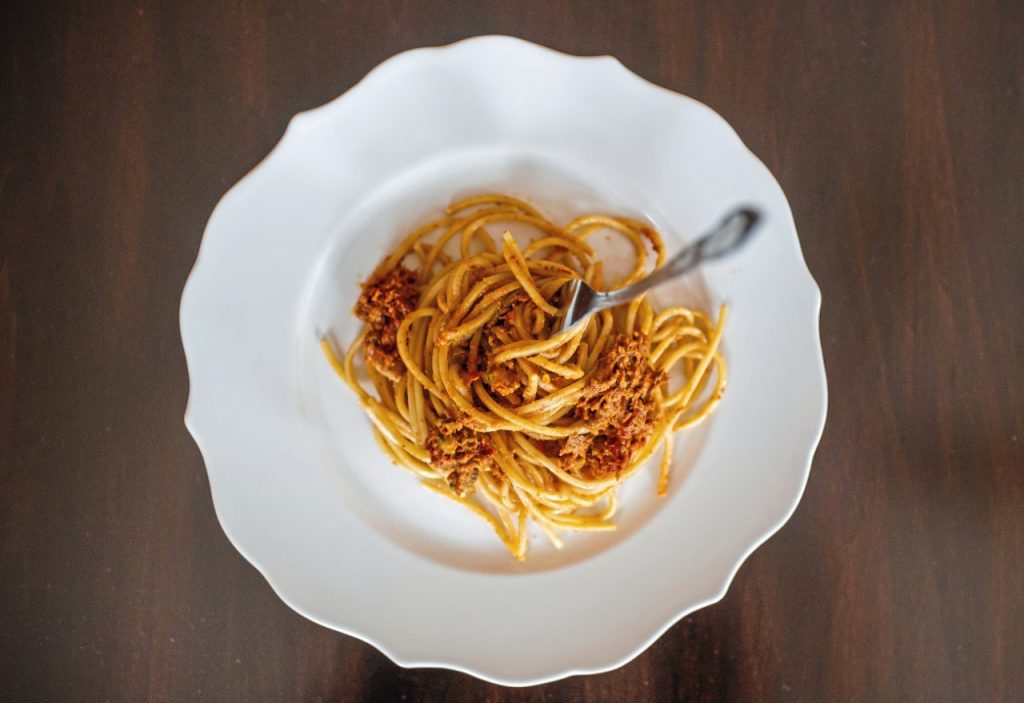 Sun-dried tomatoes can pack in a sunny flavor

In these off-season months when you cannot find sun-drenched tomatoes, go with the next best thing — sun-dried tomatoes.

Dehydrated tomatoes, whether they are dry-packed or preserved in olive oil, are sweet, tangy and add a burst of flavor in salads, pasta, quick dips and pesto. They make a colorful topping on pizzas, focaccia or crostini and are ideal for an antipasto.

A creamy Parmesan polenta, for instance, is elevated when topped with oil-packed sun-dried tomatoes cooked with garlic, broccoli rabe and broth. Or how about tossing roasted green beans with sun-dried tomatoes that have been whisked with Kalamata olives, lemon juice, fresh oregano and goat cheese.

Fusilli salad sings with an antipasto tone when the cooked corkscrew-shaped pasta is combined with sun-dried tomatoes, salami, provolone cheese, artichoke hearts and peppadew peppers. Garlicky chicken meatballs studded with chopped sun-dried tomatoes and jalapeno is a delight for the senses for a weeknight dinner.

The shriveled fruits are minimalists because they only have four requirements — good plum tomatoes, a little salt, plenty of sun and plenty more patience.

You can thank the sun for their concentrated tomato flavor. When tomatoes dry under the summer sun, their water content is drawn out, leaving them richer in taste and deeper in hue. And they retain their antioxidants and vitamins.

Lisa Mantella, 65, who was born and raised in the Calabria region of southern Italy, remembers helping her mother to dry tomatoes during the months of July and August when the sun was at its strongest.

Her mother would monitor the weather forecast in the local newspaper and on the radio. If it was predicted to be sunny and dry for at least three or four days, it was time to pull out a table to the balcony and dry the tomatoes.

“It had to be nice, hot and dry. There could not be any humidity in the air,” emphasized the O’Hara resident who is a part-time pastry chef at the Pittsburgh Field Club in Fox Chapel.

Only the elongated and sweet San Marzano tomatoes with pointed ends would do. The tomatoes were cut lengthwise in half and sprinkled with a little salt to draw out the moisture. Then they were laid out on a kitchen towel over a tray in a single layer with the cut side facing the sun.

Round, juicy tomatoes were avoided because they took longer to dry.

The tomatoes were left out all day long, anywhere from three, four days or more, depending on the sun. Dried tomatoes can lose up to to 93% of their original weight. Ms. Mantella determined they were ready by their appearance — the tomatoes needed to have shrunk to three-fourths of their original size.

She was only 5 or 6 years old when she first began helping her mother. Her job was to lay out the halved tomatoes on the tray after her mother had cut them and to move the tray around so they received full sun all day long.

The plum tomatoes were from her family’s 40-acre farm, where they also grew eggplant, green beans and broccoli.

“Even though I’m Italian, I have never liked raw tomatoes. My mother never liked them either,” she said, laughing. “I like them only when they are cooked.”

Dried tomatoes eaten alone are chewy to the point of being sometimes leathery and usually last three or four months. When hydrated in olive oil, they can last six months. The oil imparts flavor to the dried tomatoes and helps them stay fresh. Ms. Mantella cautions that the tomatoes need to be completely covered with olive oil and stored in tightly sealed jars.

Ms. Mantella continued sun-drying tomatoes after getting married and moving to Pittsburgh. Sometimes she uses her oven to do the job.

“Pittsburgh summers can be humid and not consistent,” she said.

She grows San Marzano tomatoes in garden pots and lays out the halves in a single layer on a parchment paper-lined baking sheet. She then places them in a 170-degree oven for about 12 hours, checking on them occasionally.

Just like her sun-dried tomatoes, the shrunken, oven-dried ones boast an intense flavor.

“To tell the truth, they are almost the same,” she said. 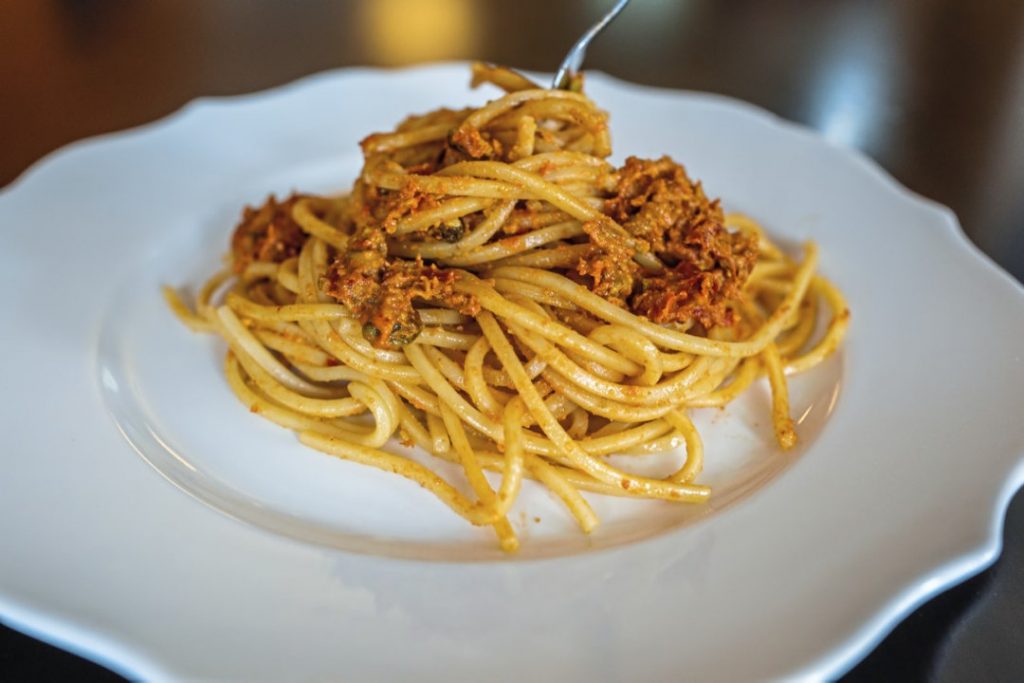 Garlicky, nutty, sweet and tangy, this sun-dried tomato pesto has everything going for it. Use leftover pesto as a spread on toast or with roasted chicken.

Source: Adapted from “365: A Year of Everyday Cooking and Baking” by Meike Peters (Prestel; October 2019)