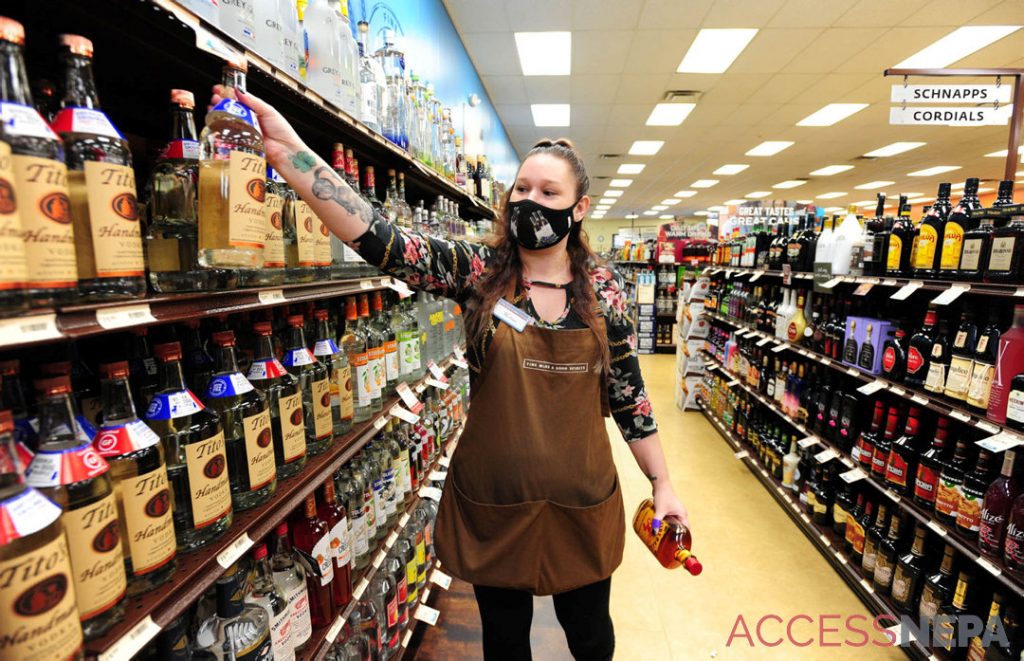 With more people staying home during the COVID-19 pandemic, they also are drinking more alcoholic beverages at home.

“The public most definitely have been enjoying spirits more at home than any tavern, pub, bar or restaurant since the start of the pandemic,” said Chuck Moran, executive director of Pennsylvania Licensed Beverage and Tavern Association.

With mitigation efforts targeting bars, Moran said the public doesn’t have as many options as they once did and some establishments have closed down.

“We believe that once orders are lifted, the public will have a desire to get out of their houses and enjoy a nice night out with family and friends,” Moran said.

In the meantime, the Pennsylvania Liquor Control Board reported that online sales of alcoholic beverages have skyrocketed during the pandemic and people’s top drinks of choice have been vodka, whiskey and red wine.

Tito’s Handmade Vodka also was a popular seller last year and it was the second highest selling spirit in Luzerne County this year while Hennessy Cognac was number one.

Unflavored vodka was the top spirits category in 56 counties, according to the Pennsylvania Liquor Control Board’s annual report, which covers July 1, 2019 to June 30, 2020.

Joe Fasula, co-owner of nine Gerrity’s stores in Luzerne and Lackawanna counties, said when the state’s liquor stores closed down, sales of wine and beer more than tripled.

“It was unbelievable,” Fasula said. “It was almost unmanageable.”

Gerrity’s sells wine at six stores and beer at seven stores. A store in West Pittston will be remodeled next year and will sell wine and beer and will have two checkouts for it, Fasula said.

A problem during the pandemic was there was only one checkout for wine and beer at most stores because of state restrictions, he said.

“We want to get customers in and out and maintain social distancing but we only had one licensed register,” he said. “We would have a line 10 or 12 people deep.”

Pennsylvania Liquor Control Board Chairman Tim Holden and members Mike Negra and Mary Isenhour said in a letter when limited online sales resumed in April, they weren’t able to keep up with unprecedented traffic and demand for online orders.

They said restricting site access and order sizes was frustrating for many customers but they used those challenges to inform additional improvements as they resumed work on a redesigned FWGS.com, anticipated to be introduced in early 2021.

Despite the challenges, the state Liquor Control Board continued with store remodels and 65% of stores statewide were renovated.

That included a store at 2161 Memorial Highway in Dallas that reopened in September after closing for remodeling in January.

Dr. George Koob, director of the National Institute on Alcohol Abuse and Alcoholism, said studies have shown sales at bars have plummeted and people are drinking more at home “to cope with the stress and isolation caused by the pandemic.”

Koob cautioned about negative consequences that occur from drinking too much.

“Drinking to cope with stress is usually a mechanism that backfires,” he said. “You’re trying to fix something with something that actually makes the situation worse. When the alcohol wears off, then the demons come back.” 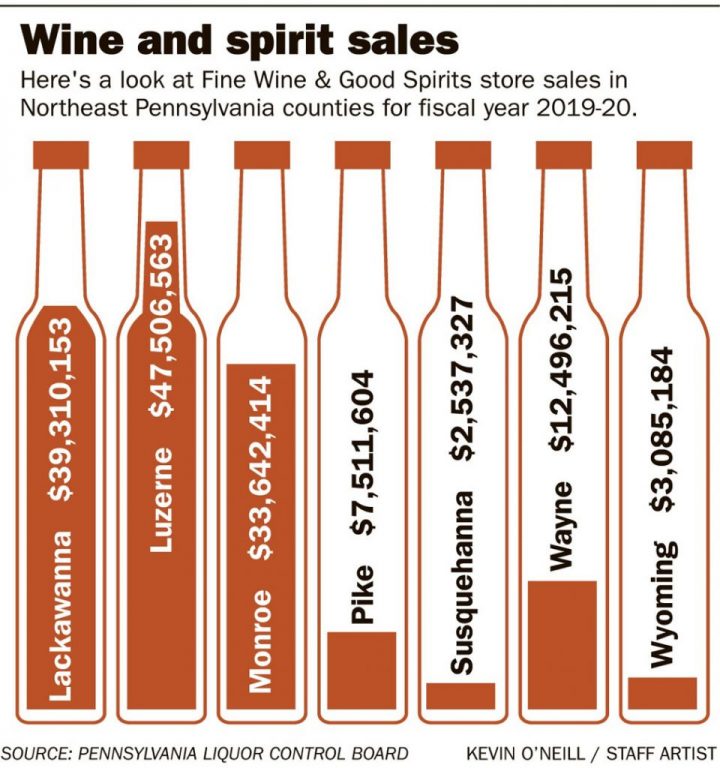 Alcohol misuse also has the potential to further complicate the COVID-19 pandemic since it can interfere with the body’s immune response to viral and bacterial infections, Koob said.

An impaired immune system function and an increased susceptibility to respiratory illness could contribute to more severe COVID-19 and a greater risk of mortality, he said.

“Alcohol disinhibits your behavior so you’re much more likely in an enclosed environment to get too close to someone, remove your mask and start shouting loudly,” Koob said. “All of those are things that would help the virus be communicated.”

Koob’s advice to those who struggle with alcohol addiction is to attend virtual Alcoholics Anonymous meetings and to try to “avoid using alcohol as a coping mechanism.”

“Try to keep a regular schedule and get a good night’s sleep,” he said. “Get some exercise. Take walks.”