Witches and wizards rely on all sorts of potions for power and performance, but for Muggles, nothing tops the magic of a well-made coffee drink.

In Kingston’s new Harry Potter-inspired cafe, guests can get the best of both worlds. 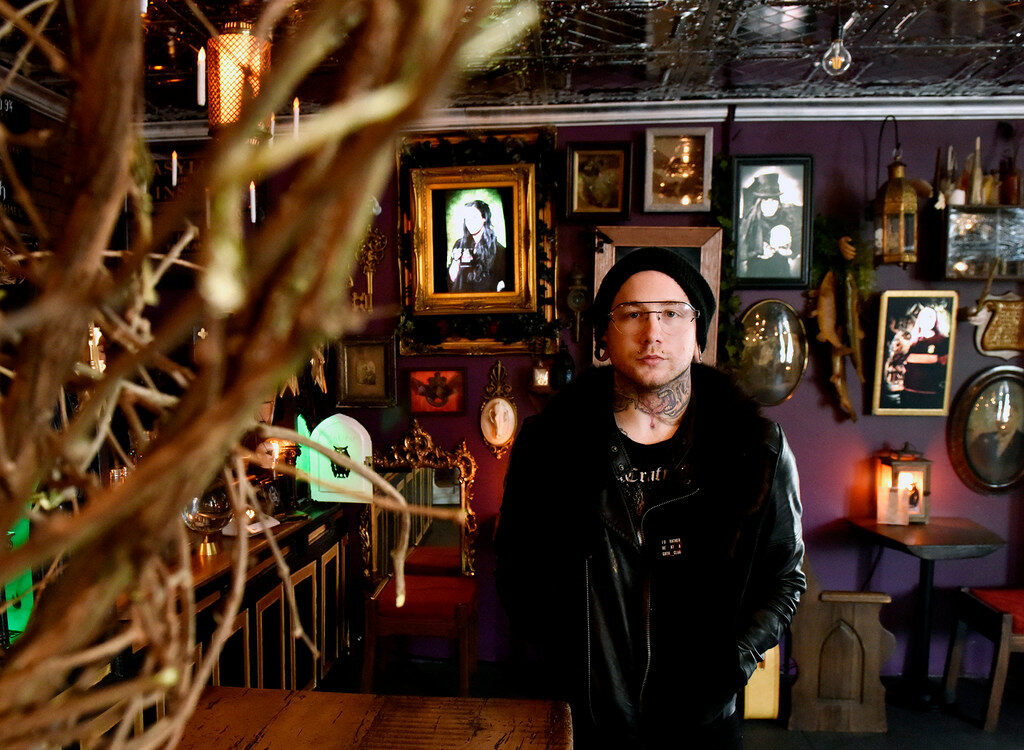 Since it opened in April, Steamy Hallows has attracted Harry Potter fanatics from all over and infused the store with more children and families than it has ever seen. In its first week, and in almost every once since, the cafe has used about 120 gallons of milk to make more than 500 cups of coffee.

“It’s been nuts in a good way, and mostly from people’s word of mouth,” Balz said. “It’s not only cool but a good product to back it up. I think people know if my name is attached to it, it’s going to be quality.

“I created something I want to exist here,” he added. “I’m not afraid to fail. It’s nice having the respect of the community, because they know I’m doing a nice thing. What makes me happiest is making other people happy.”

Making room for a coffee counter in his shop was always a goal for Balz, and partnering with Zach Neil, owner of the original Steamy Hallows in New York City’s East Village, came about through Balz helping Neil curate the decor for his space through the Strange & Unusual. As Neil collected unique taxidermied items from the Kingston store, such as bats, he inspired Balz to ask about installing a NEPA edition of the cafe.

“I looked at a corner and said, ‘Why don’t you let me open one here?’” Balz recalled. “He trusted me because he knows I’m very detail-oriented.

“I told him I wanted to make mine better than his,” he added with a laugh.

Balz turned to upcycling to keep costs down, salvaging discarded material from old churches and altars bound for the garbage that he fashioned into a railing and countertops. He brought in vines from the woods and retrofitted old television and computer screens with HDMI cables to create the “moving portraits” found on the walls. Carpenter friends Scott Nichols and Matt Blaisure made the tables, and Balz incorporated “floating” candles for ambience.

“Survival brings creativity out of me. It should have cost tens of thousands of dollars, but I’m a different creative entity,” he explained. “I’m not looking at Pinterest; I have my own ideas. It’s all based on the right feeling. It feels like getting a coffee in Diagon Alley. I love the look of Harry Potter, aesthetically.”

Balz said he put every aspect of Steamy Hallows through his own “Harry Potter test” to make sure it’s the right fit. 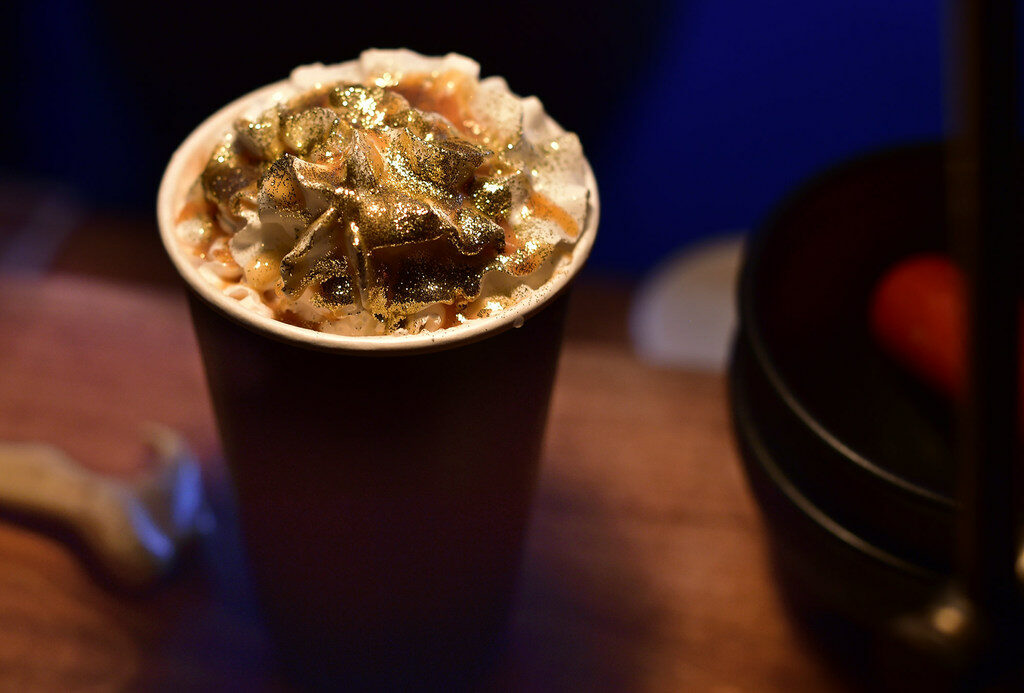 “I put on the theme music and walk through,” he explained. “It has to feel perfect.”

His top seller on the limited menu is the Butter Beer (soon to be called Butter Brew), though guests also clamor for the Instagram-worthy Love Potion 9 3/4 (mocha, raspberry and rose served with an edible glitter heart on top), the Basic Witch (prepared with sea salt and caramel) and El Diablo (chocolate infused with cayenne).

The talented staff at Steamy Hallows make the trip in worth it, too, Balz said. They mix coffee drinks at the counter in the way a flair bartender might, sometimes using sleight of hand tricks or fire paper to give a show in the process.

“The girls I hired look the part,” Balz added.

Guests can gobble up chocolate chip or butter beer cookies made by a Throop baker, and Balz envisions offering cupcakes and Golden Snitch cake pops one day. Once he finds the right local vendor to employ, he plans to expand the baked goods at Steamy Hallows.

“I can open these places anywhere,” Balz said, referring to his shop and the cafe. “I want to do it here. I want to open a bunch of fun places and (have) people be excited to be part of the experience. I want people to stay in PA, so I do things to make our area a destination spot to make people proud to be from here. I’ve traveled the world multiple times, and I still want to be here.”