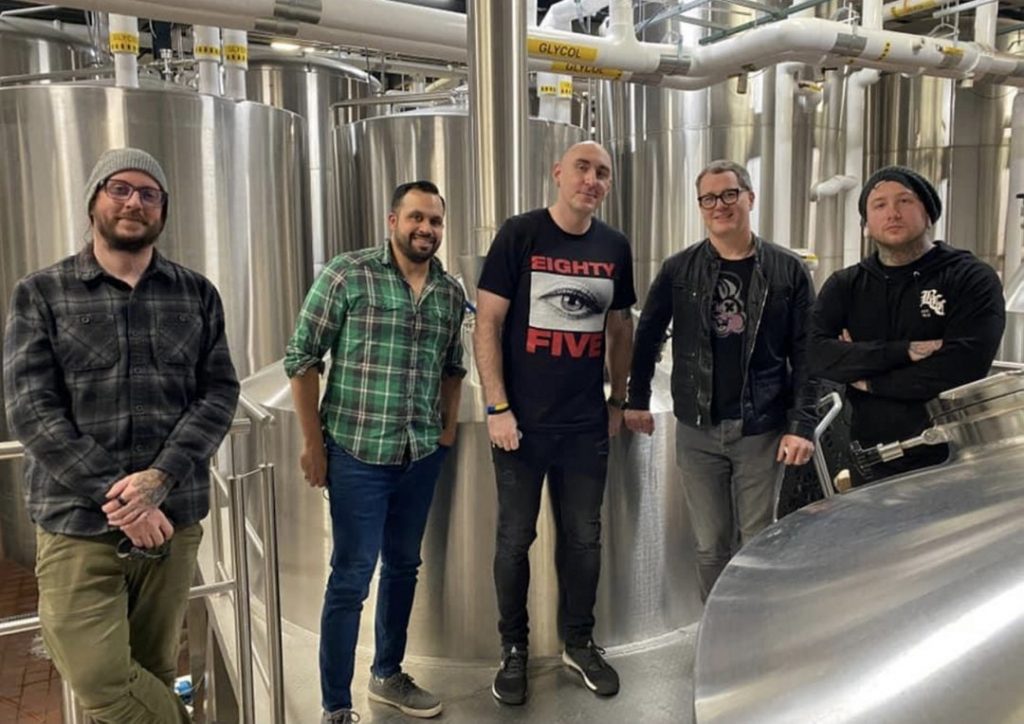 Local business owners and rock stars have teamed up to create a company with a new brand of craft soda that will kick off with root beer, butterscotch root beer and birch beer.

The three others include Aaron Bruch, bassist and vocalist for the multi-platinum band Breaking Benjamin; Josh Balz, former member of metal band Motionless in White and owner of The Strange & Unusual Oddities Parlor and Steamy Hallows Cafe in Kingston, Batty Fang Salon in the Woodlands in Plains Twp. and Noir Dark Spirits restaurant and bar in downtown Scranton; and entrepreneur and investor Kris Jones, co-founder of talent booking platform Special Guest App and owner of SEO Company LSEO.com.

Parlor Beverages is slated to arrive on the market in early June and will be sold as 4-packs in three flavors: original style root beer, butterscotch root beer and birch beer, Phillips said.

Phillips, who has an office in the accelerator building in Wilkes-Barre, said he has always been an avid root beer and it was his idea to start the company.

The root beer will be sold at local businesses and distributors and online along with merchandise, he said.

During the pandemic, Phillips said he had time to sample root beer from all over the country and he became immersed in learning more about the process. For many people, he said drinking root beer brings on nostalgia.

Balz said since all four of them are avid root beer drinkers and they are all friends, they decided to work together to start the new root beer company. The group has been working on starting the company for months.

As a promotion, the new beverage company will give away a “first taste of Parlor” as well as tickets, VIP passes, airfare and a hotel stay for the Blue Ridge Rock Festival, which will be held Sept. 9-12 in Lynchburg, Virginia. To enter, go to drinkparlor.com.