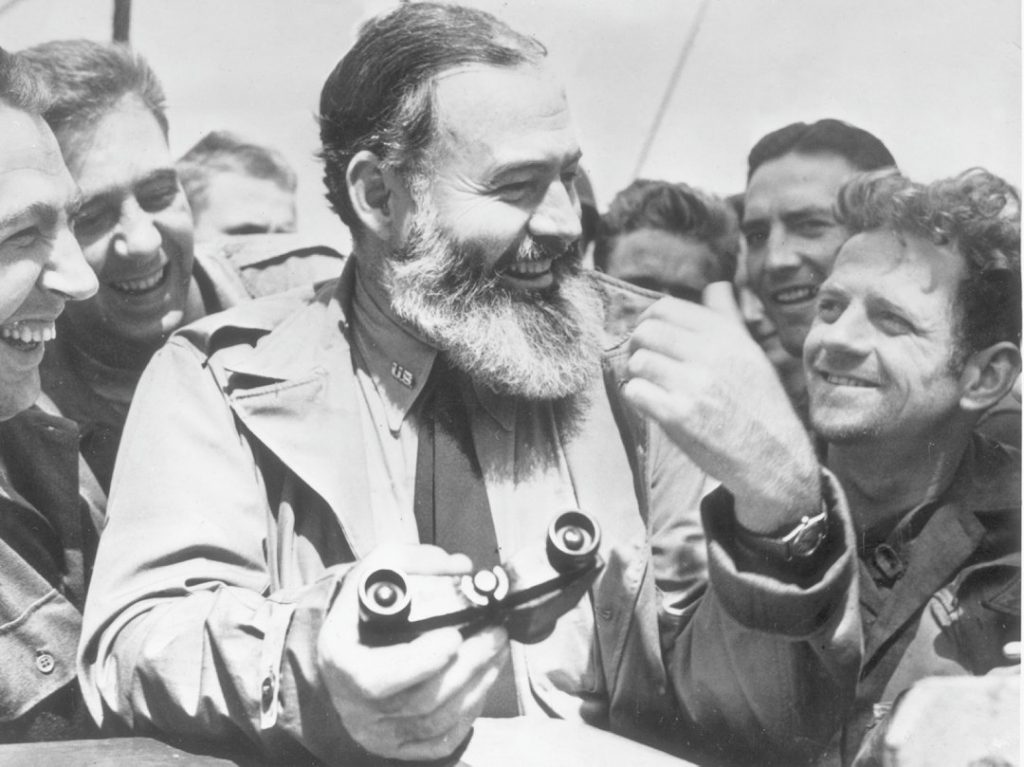 Check out these essential Hemingway stories

Ernest Hemingway’s terse prose style might seem clichéd today, but his short, declarative sentences and beneath-the-surface meaning were groundbreaking in his time. Here are four novels and a short-story collection that are essential reading.

His first novel is the love story of Jake Barnes, who suffered a tragic war wound, and the promiscuous Lady Brett Ashley, who has an affair with a much younger man, a matador. It’s all set against bullfighting and the running of the bulls in Spain.

An American, Robert Jordan, goes to help fight the Spanish Civil War and is tasked with blowing up a bridge. He finds love, betrayal, heroism and death.

American Frederic Henry falls in love with nurse Catherine Barkley while working as an ambulance driver in Italy during World War I. After he is badly injured, they flee to Switzerland, where she dies in childbirth. A brutal, unsentimental novel of pain, love and war.

An epic battle between Cuban fisherman Santiago and a giant marlin. The novel won the Pulitzer Prize for Fiction and contributed to Hemingway’s winning the Nobel Prize in literature in 1954.

This collection includes “Hills Like White Elephants,” a quintessential Hemingway story in which a man and a woman share a drink and a cryptic talk — but so much more goes on.