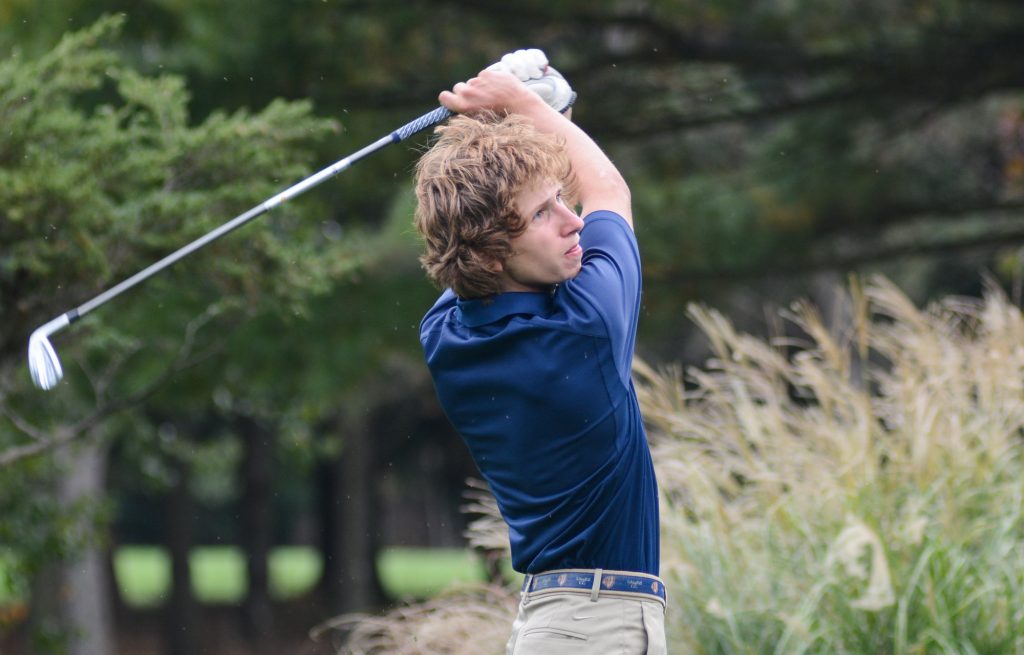 Conventional wisdom says that golf is a relatively safe sport as it relates to the spread of COVID-19.

The National Federation of State High School Associations agrees, listing golf as a lower-risk sport alongside individual running, swimming and throwing events in which participants can social distance and use their own equipment.

All of that is true but, still, even the safest sports have their hazards.

“There’s a lot of things to consider, a lot of things to tweak,” said Wilkes-Barre Area head coach Sean McLaughlin. “But, I think, overall we’re in good shape with how we operate normally — to socially distance — compared to soccer, football and sports like that where you’re more continuously in close proximity with players on the other team or your own team.”

One of the few instances where high school golfers gather en masse is at preseason and postseason tournaments.

If the Tryba, as well as the pre-district and District 2 tournaments, are eventually played, they will look much different than usual.

The exchange of paper scorecards will be sacrificed for electronic scoring or the use of a designated scorekeeper. There will be no awards ceremony, with medals instead sent through the mail. Fans will not be allowed to attend.

“We’re eliminating all that,” said Charlie Turco, Pittston Area’s athletic director and the golf secretary in the Wyoming Valley Conference.

Consider that the golf section of that document was only 213 words. The football entry was 943 words.

“We’re doing whatever we could,” Turco said. “We can’t even say, ‘Let’s refer to this year, let’s refer to that year.’ This is all new. Obviously, we’re going to make mistakes; we’re going to try not to. But we’re trying to do this to help the kids, to save the kids. We don’t want any kids getting sick.”

Golf will be a guinea pig of sorts because it’s slated to begin regular season play on Aug. 20. Tennis will follow Aug. 24, football Aug. 28 and the remaining fall sports Sept. 4.

The WVC has three golf matches scheduled for Aug. 20. McLaughlin’s Wolfpack begin the season Aug. 25 and play again Aug. 26 and 28.

Golf is uniquely positioned in that the regular season begins before school starts. And, while the playoffs continue through October for those lucky enough to advance that far, the league schedule concludes near the end of September. More than other sports, postponing golf for multiple weeks could wreck the schedule because of weather concerns.

McLaughlin and Crestwood head coach Mark Jarolen each said they hope to have a season.

“As coaches, we just have to accept what we’re dealt and we’ll go from there,” Jarolen said. “If we go forward, we’ll make the arrangements to follow the guidelines. If we don’t go forward, a lot of people will be disappointed, but unfortunately we’re in challenging times and we have to do what we have to do.”