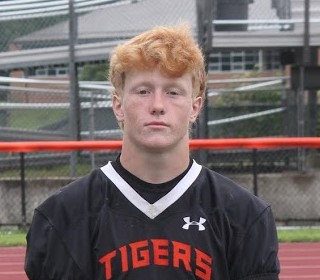 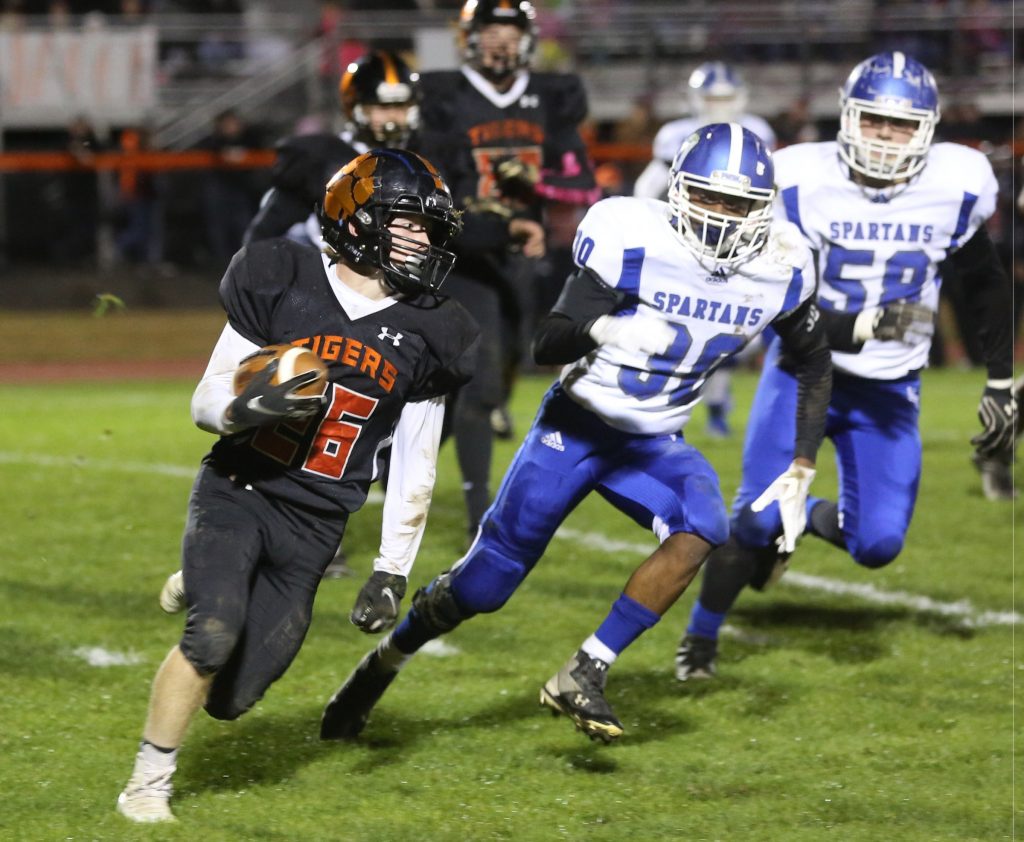 Tunkhannock Area senior football player Gavin D’Amato rushed for 78 yards and caught 4 passes, adding another 72 in the air. In recognition of his achievement, D’Amato has been named the Wyoming County Press Examiner Athlete of the Week.

Do you have any pets? Yes, a lizard named Kiko, and three cats: Monkey, Mama, and George

Position: Running back and defensive tackle

What other sports do you play? Wrestling and track

Three reasons why you compete: I compete for my family, my friends, and for the love of the game.

Three people you’d like to have dinner with, dead or alive: Ron Frisco, Saquon Barkley, and Hailey Buckley.

Who inspires you to be better? My parents because they are always pushing me to do my best. No matter how well I do in any sport or anything in life, they’re always pointing out a spot where I could’ve done better and that’s what has made me into who I am today.

What is the best place for post game food? McDonald’s

What would be your team anthem? “Dreams and Nightmares”

Superstitions or rituals: I pace a lot and have to be the last one out of the field house.

Who’s your go to band or artist when you can’t decide on something to listen to? Childish Gambino

When did you start playing football competitively? In third or fourth grade for the junior Tigers

Favorite field to compete on and why? Our home field because there is nothing like playing in front of our hometown fans.

What is your favorite football memory? Beating Pittston earlier this year. That comeback win- it was unreal. It is still surreal.

Number and reason? I wear #26. In my freshman year, I really wanted #24 for Marshawn Lynch, but someone had it. I got #26 and hated it. But then Jake Frisco told me to look up Saquon Barkley and I did. Now I love it.

What is your dream job? To be a special education teacher

What is the coolest place you have traveled to? Mystic Aquarium in Connecticut

Who are your closest teammates? Alec Walter, Jhamal Zacharias, the whole offensive line, and all the seniors.

How would you describe Coach Marabell in one word? Ambitious

How would he describe you? Ambitious

What skill would you like to master? To be a parkour master.

What is something you think everyone should do at least once in their lives? Be a part of a team, compete for something. Whether it is athletics or academics, or anything, just compete.

Random fun fact about you: I am ambidextrous.

Post-graduation plans: To go to college, either King’s or Mansfield, to be a special education teacher, and hopefully wrestle or play football.