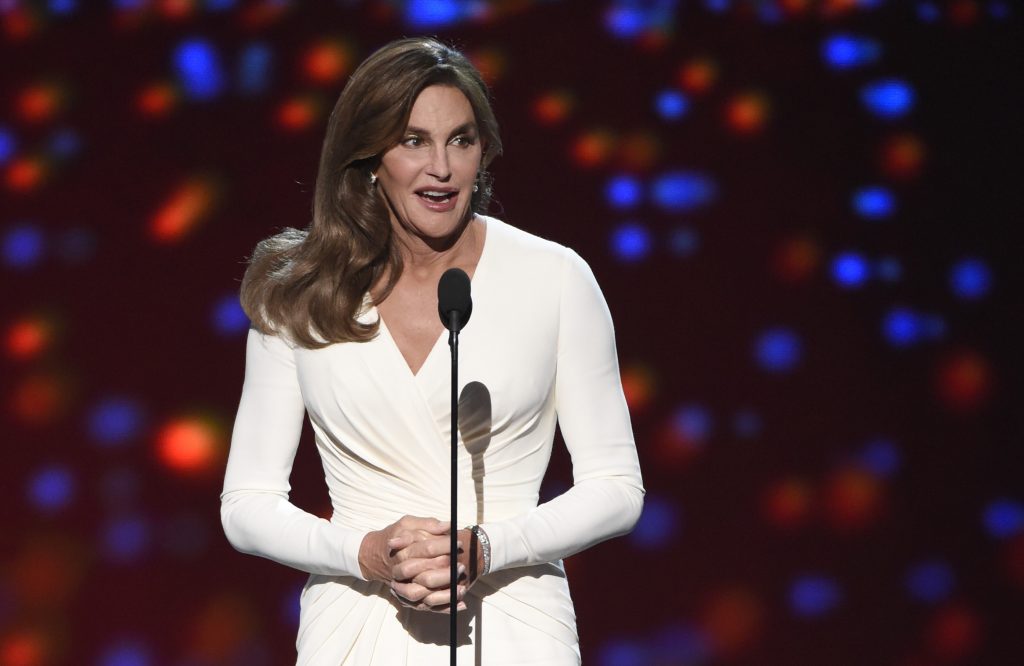 When the family-friendly Hallmark Channel recently pulled, under pressure from a conservative group, a set of ads featuring a kiss between two happy brides at the altar, backlash was swift — to say the least.

Within hours, stars like Ellen DeGeneres and William Shatner were tweeting in protest to their many followers, and LGBT advocates were mobilizing a boycott via social media. This was on Saturday; by Sunday evening, Hallmark had reversed its decision, and apologized for what it acknowledged as a mistake.

Whatever it says about corporate missteps, the episode also says something about how our popular culture has changed in a decade, with diversity and inclusion concerns taking center stage, says Sarah Kate Ellis, president of GLAAD, which advocates for LGBT people in Hollywood and played a key role in Hallmark’s reversal.

“This decade has been about diversity and inclusion — at least the starting of the conversation,” says Ellis. “Communities who have been left out of the seats at the table for decades and decades are finally starting to find their voice, and their footing.” And a major element, obviously, is the power of social media: “It enables us to connect with each other, find each other and organize,” Ellis says.

Speaking of viral protests, this was also the decade of #OscarsSoWhite, the hashtag launched by activist April Reign in 2015 when none of the 20 acting nominees were actors of color. Incredibly, the same thing happened in 2016, forcing the Academy of Motion Picture Arts and Sciences to launch a major membership overhaul aimed at diversifying its overwhelmingly white, male, older ranks.

The following year, “Moonlight,” about the coming-of-age of a gay black man, won best picture (after “La La Land” was … oh, never mind) and the winner list was more diverse. But true racial diversity in entertainment remains an elusive goal, despite slow progress.

“Things have certainly improved,” says Gil Robertson, president of the African American Film Critics Association. “Ten years ago, you didn’t have an Ava DuVernay, a Jordan Peele, a Shonda Rhimes, a Kerry Washington,” he says. “And my God, you couldn’t have even imagined ‘Pose,'” he says, referring to the Ryan Murphy TV series set in the ’80s ballroom culture with the biggest LGBTQ cast ever assembled for a scripted show. “The door has opened,” he says, adding that inroads have also been made for Asian American actors and stories, but less so for Latinos. “Has the industry reached the place that we want it to be? No, but things have gotten better.”

In her speech at the 2018 Oscars, soon after the Harvey Weinstein scandal launched the #MeToo era, Frances McDormand urged women to demand an “inclusion rider” in contracts to help achieve gender parity. Almost two years later, evidence of progress for women in front of and behind the camera is slow but steady. The entry of streaming giants like Netflix has accelerated the pace of change, says Stacy L. Smith, director of the USC Annenberg Inclusion Initiative at the University of Southern California.

An example: last year, 39 of the top 100 Hollywood films were led or co-led by a female character, Smith says; in 2007 the number was 20, so it has essentially doubled in a decade. And there is progress behind the camera, too. “We’re really seeing changes, slow but real significant movement in some of these institutions,” she says.

Progress has also been seen in the music business, in diversity of film critics, and in scripted TV, she says. And yet there are areas sorely lacking: representation of female characters over 40 in films, for example, and women of color. And trans women characters are rarely seen in major films.

“Every group should be able to see themselves onscreen,” Smith says. 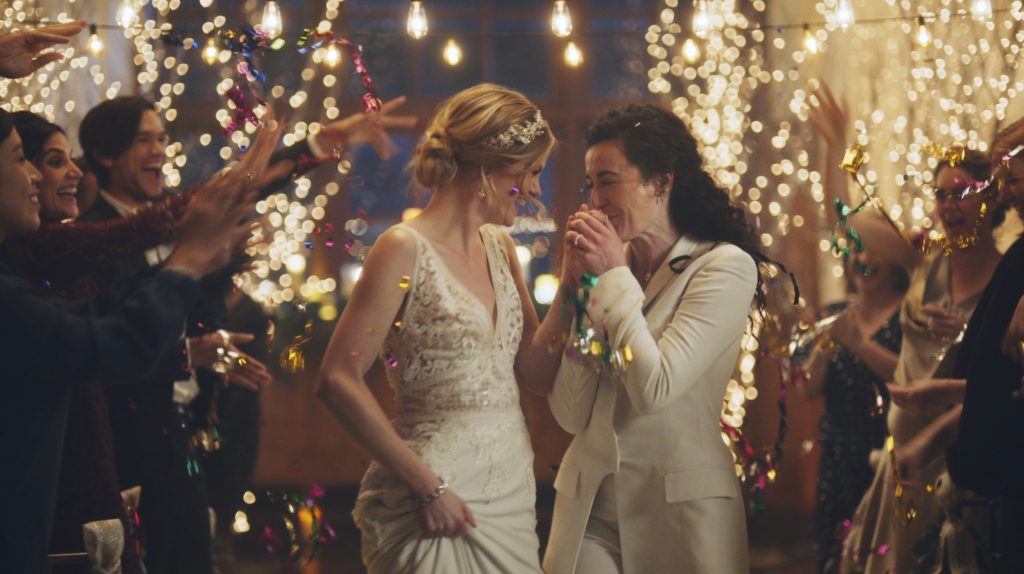 ZOLA VIA ASSOCIATED PRESS
This image from undated video provided by Zola shows a scene of its advertisement The Hallmark Channel recently pulled under pressure from a conservative group. Within hours, LGBT advocates were mobilizing a boycott via social media. Then Hallmark reversed its decision and apologized for what it acknowledged as a mistake.

A long way since ‘Ellen’

It’s hard to imagine that back in 1997 when DeGeneres came out on her TV show, the words “I’m gay” were so groundbreaking. “We were all but non-existent in popular culture a few decades ago, and now we’re very much grounded in popular culture,” says Ellis, of GLAAD.

While no milestone this past decade matches the import of that “Ellen” moment, the decade began with the launch — actually in 2009 — of both “Glee,” which put a spotlight on LGBT youth, and “Modern Family,” which introduced the couple of Mitchell and Cam, two dads who adopt a Vietnamese daughter. “These were really big moments,” Ellis says. Another was last year’s best-actor Emmy for Billy Porter for “Pose,” the first openly gay black man to win the award.

And it was only a quick glance between male characters, but “Beauty and the Beast” took the plunge and actually showed a gay moment. “It’s a step in the right direction,” says Ellis. Can Elsa’s (hoped-for) coming-out in the “Frozen” franchise be far behind?

Caitlyn Jenner’s revelation in 2015 that she was transgender helped shine a light on that community, and popular shows like “Orange is the New Black,” “Transparent” and “Pose” featured transgender characters. TV, though, has been far ahead of film. “The top Hollywood studios have always been a decade behind,” says Ellis. The reasons, she says: a years-long development pipeline for movies, the huge budgets of big films, and Hollywood’s fear of breaking its own comfortable formulas. But things are slowly moving. 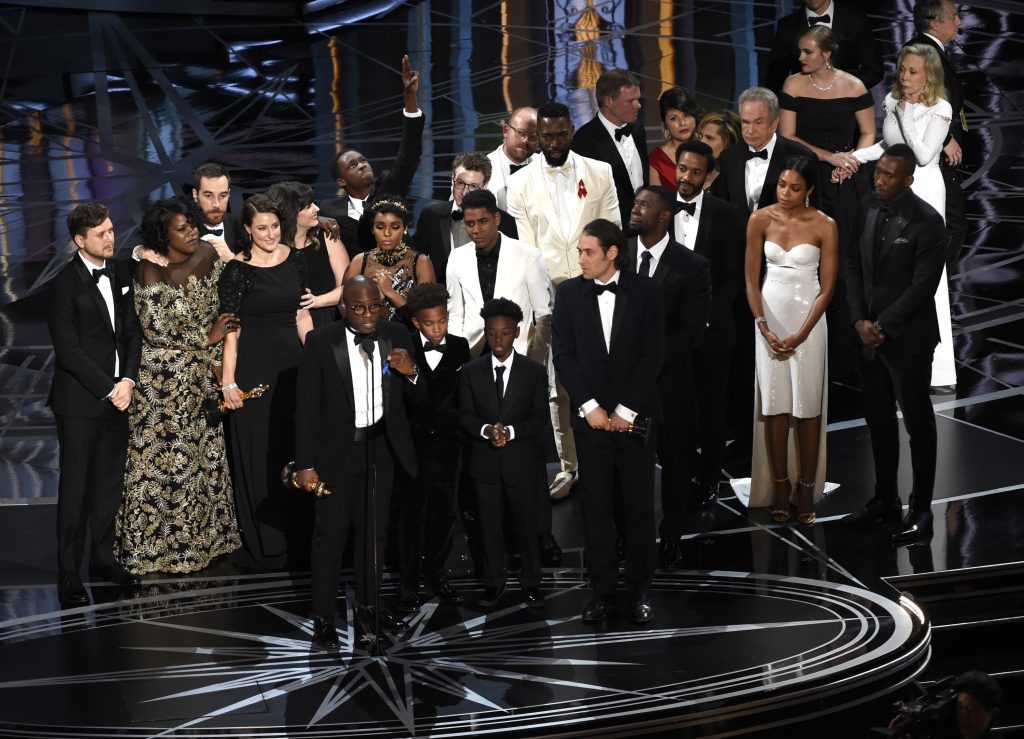 CHRIS PIZZELLO / INVISION / ASSOCIATED PRESS FILE
Barry Jenkins and the cast and crew of “Moonlight” accept the award for best picture at the Oscars in Los Angeles in 2017.

Despite all this, says Darnell Hunt, dean of social sciences at UCLA and an author of the annual Hollywood Diversity Repor t, progress toward racial diversity in the industry has been frustratingly slow, and lagging behind TV.

In their most recent report, issued in early 2019, the authors write that in Hollywood, “people of color remained underrepresented on every industry employment front in 2016-17.”

Looking at the decade as a whole, Hunt notes in an interview that while TV has registered some “notable progress” both in front of and, to a lesser extent, behind the camera, there hasn’t been much progress in terms of people of color in executive suites, which are still dominated by white men. And in movies, the situation is worse.

And while his research has found there has been progress over the decade for female directors in the top 200 films, there’s been “zero progress” in the percentage of directors of color for the same years (they’re both around 12 percent.) And so, he says, a film like “Black Panther,” with a star-packed black cast and a black director (Ryan Coogler), is more of an outlier than an example of real change.

The main issue, Hunt says, is representation at the level where big-money decisions in Hollywood are made. “Looking at dollars, why are they not pursuing a strategy aimed at telling the types of stories that are likely to connect with where the audience is today and where it’s clearly headed,” he asks, “meaning opening up executive suites to include more women and people of color to tell the stories?” 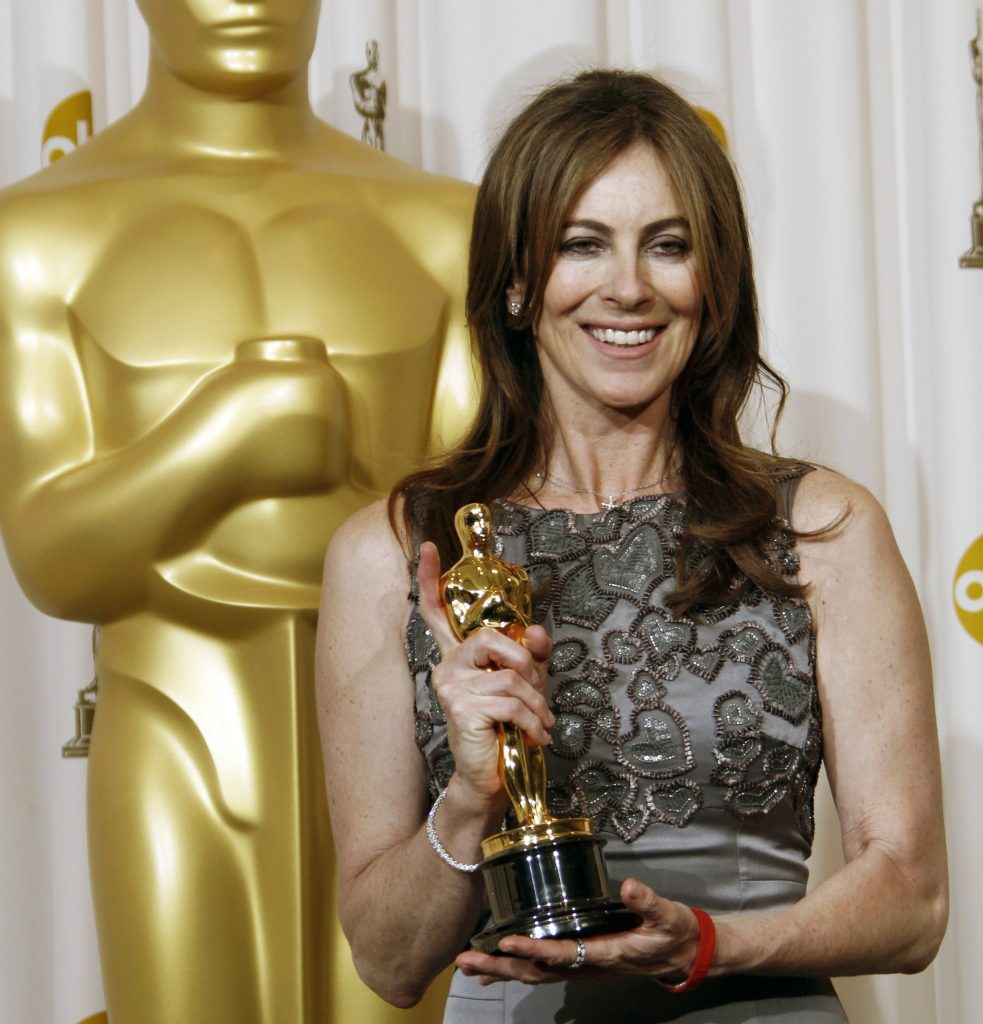 MATT SAYLES / ASSOCIATED PRESS FILE
Director Kathryn Bigelow poses backstage with the Oscar for best achievement in directing for “The Hurt Locker” at the 82nd Academy Awards in Los Angeles in March 2010.

For women in Hollywood, one statistic remains particularly shocking: In the entire history of the Oscars, only one woman has won the best-director Oscar. It happened at the dawn of this decade with Kathryn Bigelow’s 2010 trophy for “The Hurt Locker.”

There is, though, reason for some measured optimism, on that score and for women as a whole, says USC’s Smith. She says that 2019 has emerged as the strongest year for female directors of top 100 films, with 12-14 percent of them featuring a woman behind the camera. That compares to 4 percent pretty much every year from 2007-2018, she says.

The change reflects better hiring practices on the part of studios. “The hiring is what is so important,” Smith says. Particularly cheering, she adds, is the slate of superhero movies planned for 2020. The year “is going to be huge,” Smith says. “Five superhero movies will be directed by women. Not one, but five.”

Across all categories, Smith says, “the decade can be characterized as one of accelerated awareness and some steps toward change.” With TV leading the way, storytelling is getting more diverse. There is also some change afoot in the music industry, with a new female president of the Recording Academy, the organization behind the Grammys, named in May.

But, Smith adds, there are some definite negatives. Her most recent report, issued in September and analyzing 1,200 popular films, marked NO progress in the number of female speaking characters. Among female characters, women over 40 were among the least represented, “so we are not seeing women at their height of power and influence in storytelling — the strong political figures, the women in the C-suites, trailblazers in the STEM arena,” she says.

And women of color remain marginalized. Of the top 100 films last year, 33 did not feature a single black woman or girl in a speaking role; 54 did not feature an Asian or Asian American, and 70 did not feature a Latina. (The lack of Latino representation in general is particularly troubling, she says.)