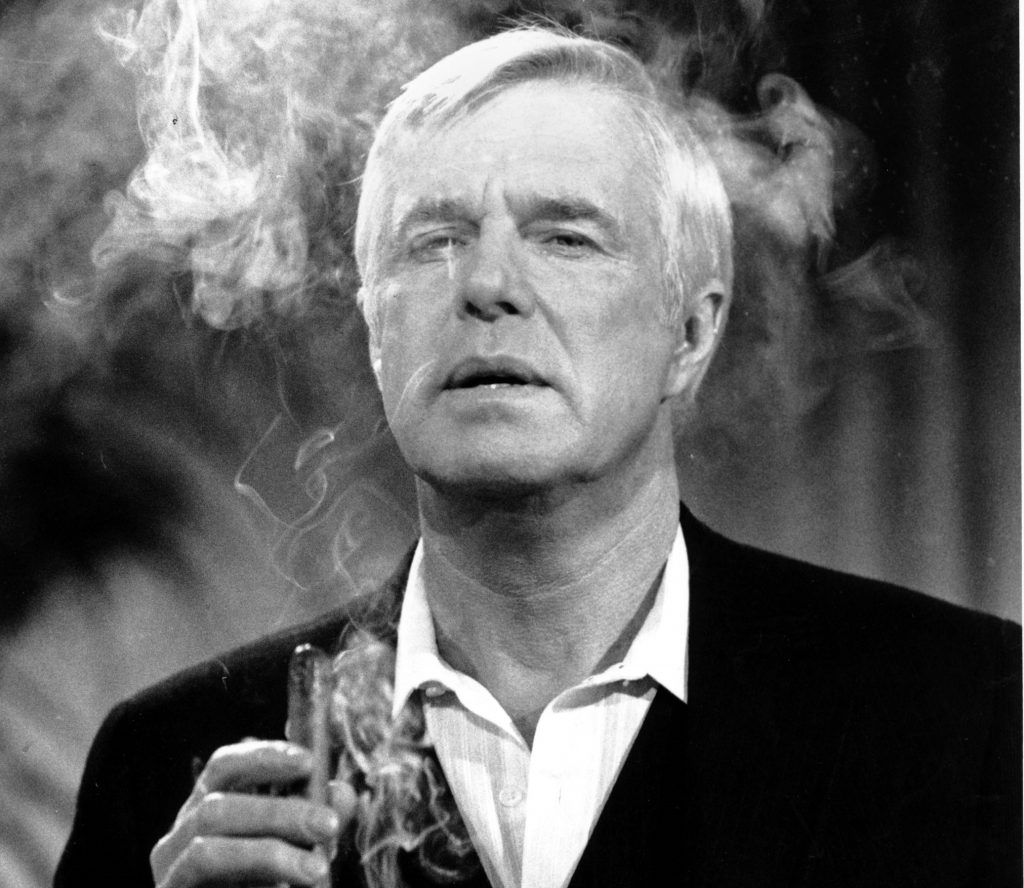 ‘The A-Team’ and ‘MacGyver’ manufactured

As I have been saying, when one network has a hit, the other networks try to copy it.

I’m not sure it happened with these two series, but you wonder because of one major similarity — their characters manufacture weapons and related gadgets from common, household items.

“In 1972, a crack commando unit was sent to prison by a military court for a crime they didn’t commit.
These men promptly escaped from a maximum security stockade to the Los Angeles underground.
Today, still wanted by the government, they survive as soldiers of fortune.
If you have a problem, if no one else can help, and if you can find them, maybe you can hire the A-team.”

There are four members of the former military unit, and a fifth — which is two female reporters, and in the last season, a movie stunt coordinator.

Col. Hannibal Smith, played by veteran actor George Peppard, is the leader who occasionally is “on the jazz,” meaning he’s taking a bad risk, but doing it anyway; “Bad Attitude” B.A. Baracus, played by Mr. T, is the strong man of the group, and “Howling Mad’ Murdock, the unit’s zany pilot played by Dwight Schultz, appear in each of the 97 episodes, while Templeton “Faceman” Peck, the lady killer and con man played by “Battlestar Gallactica” vet Dirk Benedict, appeared in all but the pilot.

The two lady reporters were Amy Amanda Allen, played by Melinda Culea, and Tawnia Baker, played by Maria Heasley. They usually used their good looks to get the team into or out of a tight spot.

Smooth-talking stunt coordinator Frankie Santana, who was played by Eddie Velez, joined up in the last season, when the team is captured and then goes to work for rogue Army general Hunt Stockwell, played by “Man from U.N.C.L.E.” vet Robert Vaughn, who, while was acting throughout the 1960s and into the 1970s, attended the University of Southern California and completed his Ph.D. in communications. His thesis on the blacklisting of Hollywood entertainers during the McCarthy anti-communist era was published in 1972 as “Only Victims”.

When B.A. is seriously wounded and has lost a lot of blood, the team decides to hole up in a little town called Bad Rock. They seek the aid of an attractive female doctor, who turns them into the sheriff. Amy retrieves Murdock from the V.A. hospital where he lives most of the time since he’s got the same rare blood type as B.A. so the doctor can perform a transfusion. But a motorcycle gang plans to destroy the town since the sheriff has imprisoned their leader. And the MPs are on the way, but the team convinces the sheriff to let them out of jail to help thwart the bikers. They set up a phony jail, and use everything from toilet paper to a loudspeaker system to foil the bikers’ attack. They even dig trenches to hide heavy-duty wires they pull up to knock the bikers off their bikes. After the bikers are tied up, the team leaves — just as the Army arrives.

In another episode, they are trapped in a barn — and use the items they found in the barn to manufacture an escape vehicle that fires projectile bombs at the people they are trying to escape from, a cult disguised as a church, with TV vet John Saxon playing the fanatical cult leader.

MacGyver was originally on ABC from 1985 to 1992, and had only two main characters — one of TV’s Unsung Heroes habitual bit players, Dana Elcar, as Pete Thornton, who most of the time works for the Phoenix Foundation, which gives MacGyver these unusual assignments. Richard Dean Anderson is MacGyver, who refuses to carry a gun and uses his vast knowledge of science to make weapons and other gadgets out of common household items.

The only other semi-regulars were Penny Parker, played by a 20-something at the time “Desperate Housewife” Teri Hatcher, and MacGyver’s “friend” Jack Dalton, played by actor Bruce McGill, who was Vince Korsak in “Rizzoli and Isles.”

MacGyver was revived in 2016 as a CBS series, but this time, MacGyver is a member of a team that does tough jobs.

Actor Lucas Till takes the part of MacGyver this time. The other members of the team are the amazinigly beautiful Tristan Mays as computer expert Riley Davis; Jack Dalton, played by George Eades; Wilt Bozer, played by Justin Hires, and four foot-tall beauty Meredith Eaton from “Boston Legal” as the leader, Matty Weaser.

“The A-Team” was reprised in a 2010 motion picture starring Liam Neeson as Hannibal Smith. In the movie, again the unit is framed for a crime they did not commit. But this time they are Iraq War veterans looking to clear their name.

MacGyver is on the Heroes and Icons network on weekends, and “The A-Team” was on Cozi TV until recently.

You can find all “TV’s Greatest Hits” columns on accessnepa.com, under “Featured Content” and “Screen Time.”

Next: The Flintstones and the Jetsons.

The trivia questions from last time

QUESTION: Markie Post appeared with her real-life husband, Michael A. Ross, in one episode of “Night Court.” Can you name his character?

QUESTION: John Laroquette appeared in a popular military comedy movie before “Night Court.” What movie was it?

QUESTION: Who was the lady replacement judge mentioned above? What other series did she appear in?

ANSWER: The lady replacement judge was Florence Stanley, who played Bernice Fish, Det. Phil Fish’s wife in “Barney Miller” and the spin-off “Fish.” She reprised her role as Judge Margaret Wilbur from “Night Court” in the series “My Two Dads.”

QUESTION: What series did Brent Spiner appear in after “Night Court”?

ANSWER: Brent Spiner, hillbilly Bob Wheeler who told Judge Harry Stone he was from West Virginia “because it was the first exotic place I could think of,” appeared as Lt. Commander Data in “Star Trek:The Next Generation.”

QUESTION: Other than Billie Young, what was Ellen Foley’s other claim to fame?

ANSWER: Ellen Foley was the lead female singer in the recording of “Paradise by the Dashboard Light” recording with Meat Loaf. She also sang backup for such artists as Joe Jackson.

Q. Do you remember the other two series Peppard’s series rotated with?