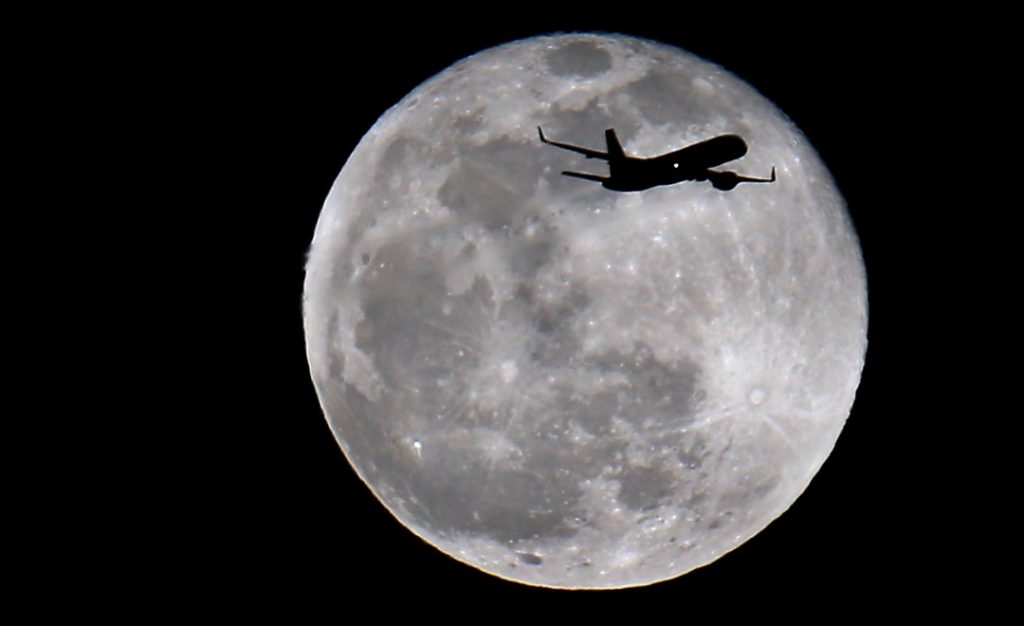 New York, Connecticut and New Jersey asked Wednesday for travelers from states with high coronavirus infection rates to go into quarantine for 14 days in a bid to preserve hard-fought gains as caseloads rise elsewhere in the country.

What was presented as a “travel advisory” that starts Thursday affects three adjacent Northeastern states that managed to check the spread of the virus this spring as New York City became a hot spot for the pandemic.

Travelers from more than a half-dozen states, including Florida and Texas, are currently impacted. The quarantine will last two weeks from the time of last contact within the identified state.

The announcement comes as summer travel to the states’ beaches, parks and other attractions — not to mention New York City — would normally swing into high gear.

It also marks a flip-flop in the COVID-19 battle since March, when Florida Gov. Ron DeSantis and Texas Gov. Greg Abbott, both Republicans, separately issued orders requiring people flying in from the New York tri-state area, where cases were surging, to quarantine for 14 days.

Now, Florida and Texas are among the struggling states being eyed warily by the three northern governors.

“As Governor DeSantis said on Saturday, Governors have a prerogative to do what they need to do,” press secretary Cody McCloud said. “He just asks that Floridians not be quarantined in the nursing homes in New York.”

“We have taken our people, the three of us, these three states, to hell and back,” Murphy said. “The last thing we need to do right now is subject our folks to another round.”

The states will relay the quarantine message on highways, at airports, and through websites and social media. Lamont signed an executive order on Wednesday evening requiring such messages be posted at all major points of entry into the state and at the state’s airports. He said the governors plan to also ask hotels and vacation rental companies to tell guests from affected states.

Lamont’s order also allows the state’s public health commissioner to make exceptions for essential workers and for “other extraordinary circumstances” when a quarantine is not possible.

Enforcement will vary by state. The Cuomo administration said violators in New York will be subject to mandatory quarantine and face fines from $2,000 to $10,000. Violators could be discovered at business meetings or during a traffic stop, he said.

It was not clear what, if any, penalties violators in New Jersey and Connecticut will face.

Lamont described the quarantine as “urgent guidance.” Murphy called it a “strong advisory … to do the right thing.” 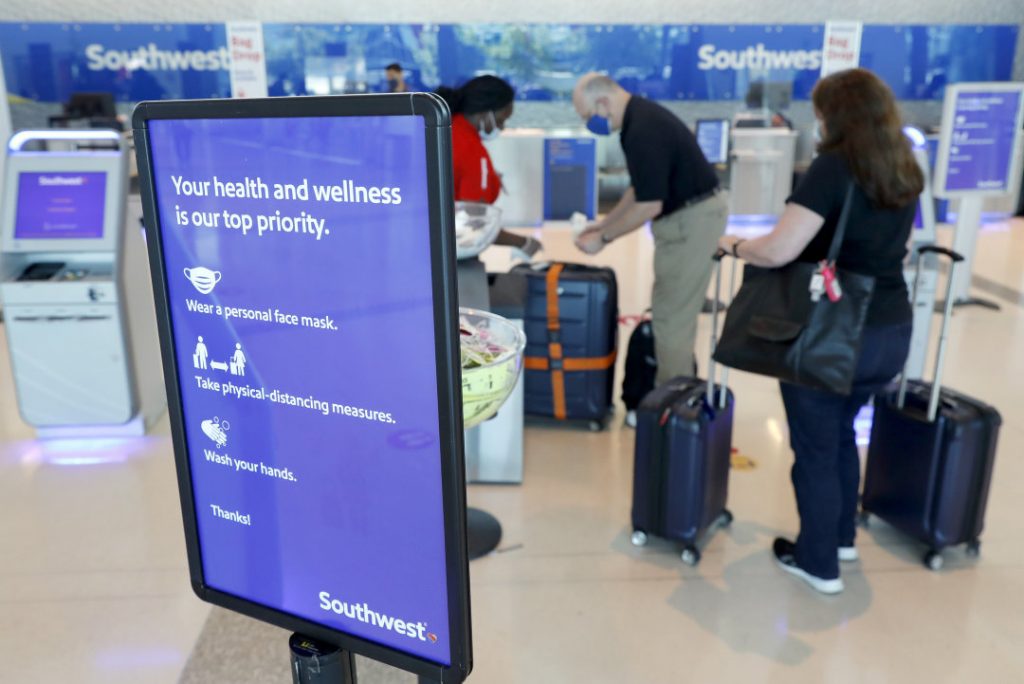 TONY GUTIERREZ / ASSOCIATED PRESS
A sign reminds travelers to take safety measures against COVID-19 as they arrive for flights out of Love Field in Dallas, Wednesday, June 24, 2020. New York, Connecticut and New Jersey asked Wednesday for travelers from states with high coronavirus infection rates to go into quarantine for 14 days in a bid to preserve hard-fought gains as caseloads rise elsewhere in the country.

The quarantine applies to people coming from states with a positive test rate higher than 10 per 100,000 residents on a seven-day average, or with a 10% or higher positivity rate over seven days.

Washington Gov. Jay Inslee said later Wednesday that his state was erroneously included on the list.

A spokeswoman for Cuomo, Caitlin Girouard, said there had been an initial discrepancy with Washington’s reporting, but “they have since corrected it and we have removed them from the list of states under travel advisory.”

The order appears to apply to President Donald Trump, who was in Arizona on Tuesday and is slated to go to Bedminster, New Jersey, this weekend.

White House spokesman Judd Deere said in an email Wednesday that standard procedures were in place in Arizona to ensure the president did not come into contact with anyone who was symptomatic or had not been tested.

“It could come back and we can have a second wave arriving by jet airplane a second time,” Lamont said. “And right now, they wouldn’t necessarily be coming from China. They could be coming from one of six or seven or eight states that have a very high positivity rate.”