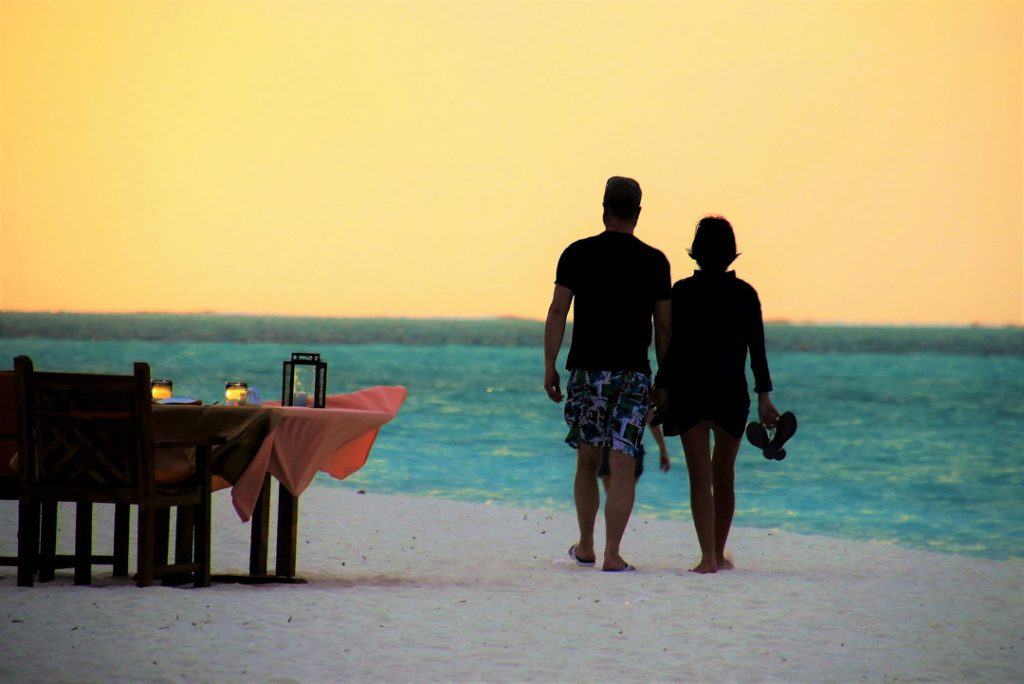 Honeymooners look to 2021 for wedding trips

Couples who do manage to say “I do” this year might not get to celebrate that milestone with a honeymoon until next year.

“Unfortunately, there’s very few honeymoons this year,” said John Madden of Travelworld, which has offices in Scranton and Kingston. “There are some in the fall. People are still concerned, obviously, but nine out of 10 of our honeymoons have rebooked for next year.”

As the coronavirus pandemic swept the globe, restrictions and social-distancing guidelines caused many people to cancel or postpone their travel plans.

Even though this has not not an ideal situation, Madden said, things actually have worked out OK. Tour companies and resorts have been cooperative when it comes to changing plans.

“Myself and our agents have worked pretty darn hard on changing, rebooking, transferring monies over,” he said. “So really, I don’t think we’ve had too many issues.”

While some weddings — and subsequently honeymoons — were canceled, Madden said he saw more people rebooking their plans instead of dropping them. And most monetary penalties during this recent period were waived for those who did cancel, he noted.

A lot of the major honeymoon destinations, such as the Dominican Republic and Riviera Maya on the Mexican coast aren’t opening until later this year, Madden said, so people couldn’t have taken their honeymoons even if they had wanted to. Cruise lines hope to start running again Aug. 1, he added, “but the jury is out” on whether that will happen.

Those couples who have honeymoons planned for this fall are keeping an eye on the situation, as is Madden.

“From what I’m seeing right now, everything should be open right now for all the countries,” he said. 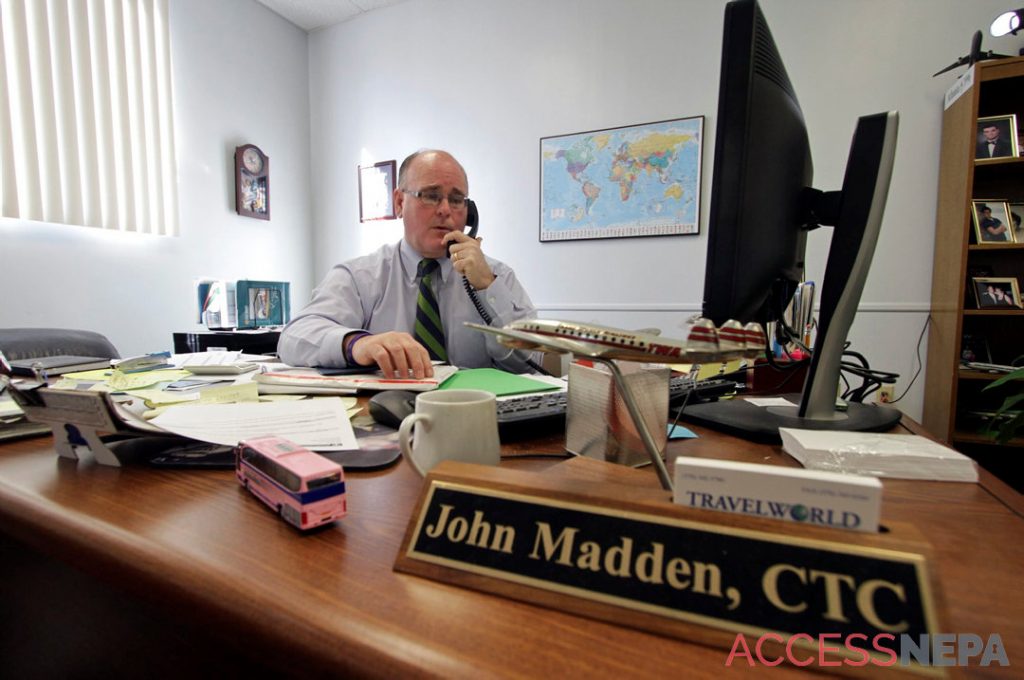 ACCESS NEPA FILE
John Madden of Travelworld, 435 Green Ridge St. in Scranton works with a client on the telephone.

For those looking to book a honeymoon for 2021, Madden recommends couples call the agency now. Travelworld prefers one-on-one, in-person appointments and is not accepting walk-in meetings at the moment because of the pandemic.

“I would start exploring now, I really would, and see what you want to do,” Madden said. “There are minimal deposits at this point.”

Although customers can only book airlines 11 months in advance, hotels and resorts are taking reservations for August 2021. Madden thinks rates will remain stable for next year, but so much about the future of air travel remains uncertain. Airlines are operating at about 20% capacity right now, he said,

“The airfares for the spring of next year are good. They might be slightly lower than this year,” he said. “But I don’t know what’s going to happen for the summer. My concern is what kind of capacity the airlines are going to bring back. The capacity right now is 20%. … If somebody called right now, even for the summer, it’s not easy to get a flight. Maybe to Florida, yes, but I’m talking American (Airlines), United (Airlines) eliminated so many flights for this summer.”

Madden has seen more flights coming for the fall, and airlines have blocked middle seats to maintain social distancing.

“Is that really going to happen after this year? Who knows. I wish I had that crystal ball,” he said. “But I’m optimistic. We have to be optimistic at this point that the travel industry and the world situation will become better.”

While Madden said he didn’t used to recommend travel insurance for honeymoons, now he does. A lot of insurances didn’t cover pandemics, though, he said, so travelers need to be careful. He offers a “cancel any time or cancel for any reason” insurance, but travelers must buy the insurance when they place their deposit.