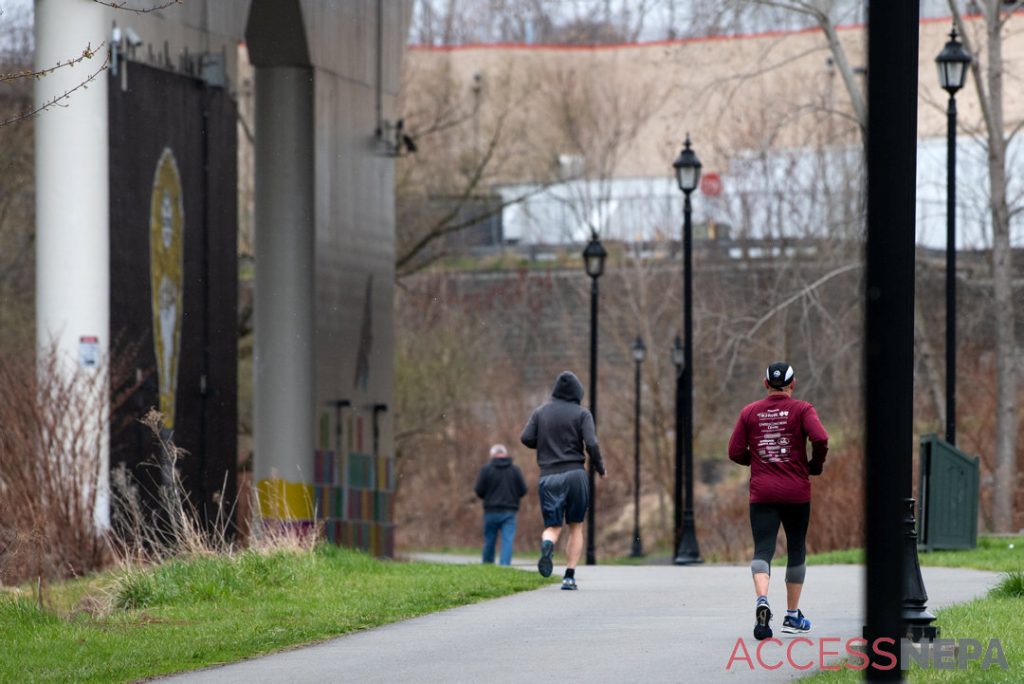 BY OWEN WOROZBYT, FOR THE VALLEY ADVANTAGE

There is a five-mile gap along the Lackawanna River Heritage Trail between mile 13, near Green Ridge Street in Scranton, and mile 18, before reaching Condella Park in Olyphant. The Lackawanna Heritage Valley National and State Heritage Area, the organization responsible for the trail’s development, is acquiring former rail property, revitalizing sites of former collieries and improving access along the levee system to close these gaps between Scranton and the Midvalley.

A short section improving access to the Lackawanna River’s levee system between Boulevard Avenue and Bridge Street in Dickson City has already been completed. The second of six slated projects, at the site of the former Olyphant Colliery, is also nearing completion.

Earlier this year, Lackawanna Heritage Valley worked with the Pennsylvania Department of Environmental Protection’s Bureau of Abandoned Mine Reclamation to remove a compromised bridge at the site. Crews from Rutledge Excavating, based in Tyler Hill are currently paving the trail surface and parking lots and building out retaining walls to secure the integrity of an existing and active railroad bridge, before developing a defined river access point.

This one-mile section is being built between Railroad Street and Hull Creek in Dickson City and is expected to be open for public recreational use by the spring of 2021. Lackawanna Heritage Valley expects this section will cost roughly $1 million to complete and has received funding for the construction in part through grants from Pennsylvania’s Department of Conservation and Natural Resources, the Pennsylvania Department of Transportation and the Bureau of Abandoned Mine Reclamation.

Looking toward the future, Lackawanna Heritage Valley has also acquired a half-mile strip of land from the Pennsylvania Regional Railroad Authority that will be used to construct a connection between the active Olyphant Colliery construction site and Eagle Lane in Dickson City. It was announced in mid-October that the organization secured $200,000 from DCNR to design and construct the project.

Construction is expected to begin in spring 2021 for trail development on the site of the former Marvine colliery, from Parker Street in Scranton to the city’s border with Throop. This additional mile of trail will provide a safe alternate route from the city to Boulevard Avenue and is expected to be completed by the end of 2021.

Lackawanna Heritage Valley is seeking funding for an Olyphant ‘spur trail’ project to increase safety and accessibility near the intersection of Valley and Lackawanna Avenues. To enhance the safety of trail users in Peckville, those responsible for the trail will also be constructing enhanced safety crossings near Depot Street. 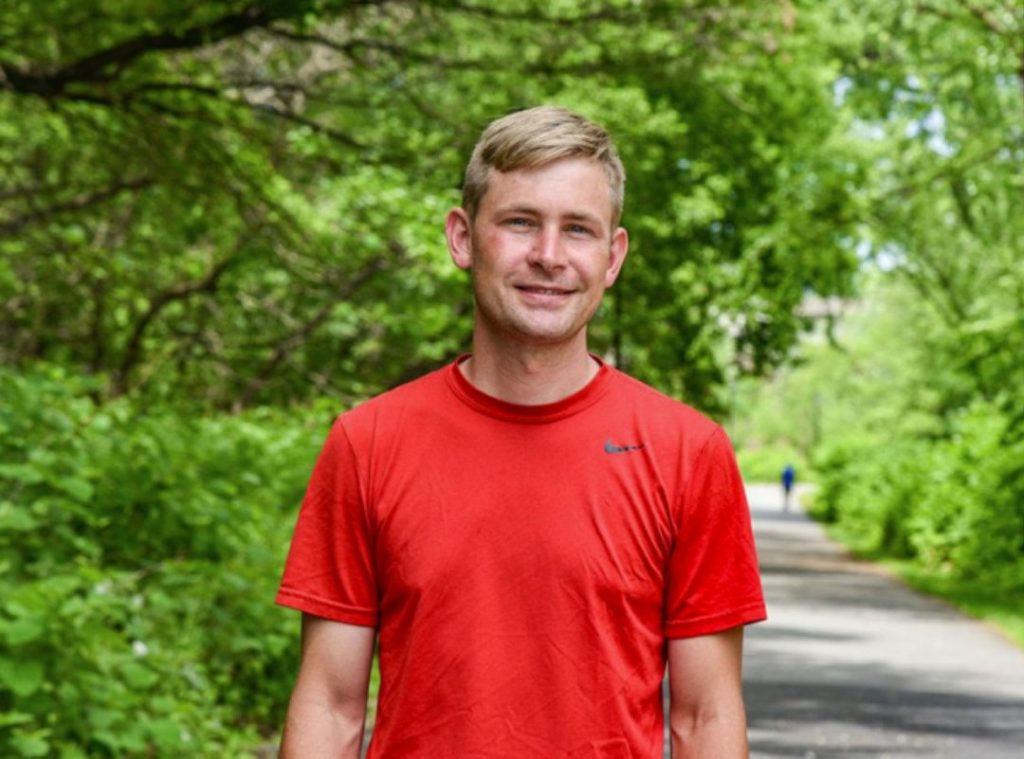 The Lackawanna River Heritage Trail currently connects more than 30 communities along the Lackawanna River. The organization completed one of their first sections of trail within the Midvalley in 2001, building the trail between Blakely and Archbald along what was formerly the New York, Ontario and Western Railroad’s Scranton Division. Since the first section of trail was completed in the Midvalley, residents and visitors have exceedingly taken advantage of the opportunities provided by the recreational asset.

“We’re seeing a significant rise in trail usage throughout the Midvalley,” said Justin Topa, community engagement manager for Lackawanna Heritage Valley. “As families look for ways to take care of their mental and physical well-being during COVID-19, trail usage in the Midvalley has doubled and sometimes tripled. Many people are proud to have the trail in our communities, especially now.”

The ongoing and upcoming construction projects will be another step forward for Lackawanna Heritage Valley, which plans to develop the trail as continuously as possible from the river’s southern confluence with the Susquehanna River in Pittston through Simpson in the north, where the Lackawanna River Heritage Trail connects with the D&H Rail-Trail and continues north toward the New York State border.

“We have reached a point where access to open space and the outdoors is more important than perhaps ever before,” said Topa. “We hope that, by closing these trail gaps and furthering the connection between these neighborhoods, we are able to enhance recreational opportunities and the quality of life for families in the region and attract residents and visitors to the many small businesses within these communities.”

Owen Worozbyt is the Trails and Environmental Projects Manager for the Lackawanna Heritage Valley National and State Heritage Area, the entity responsible for developing and maintaining the Lackawanna River Heritage Trail.