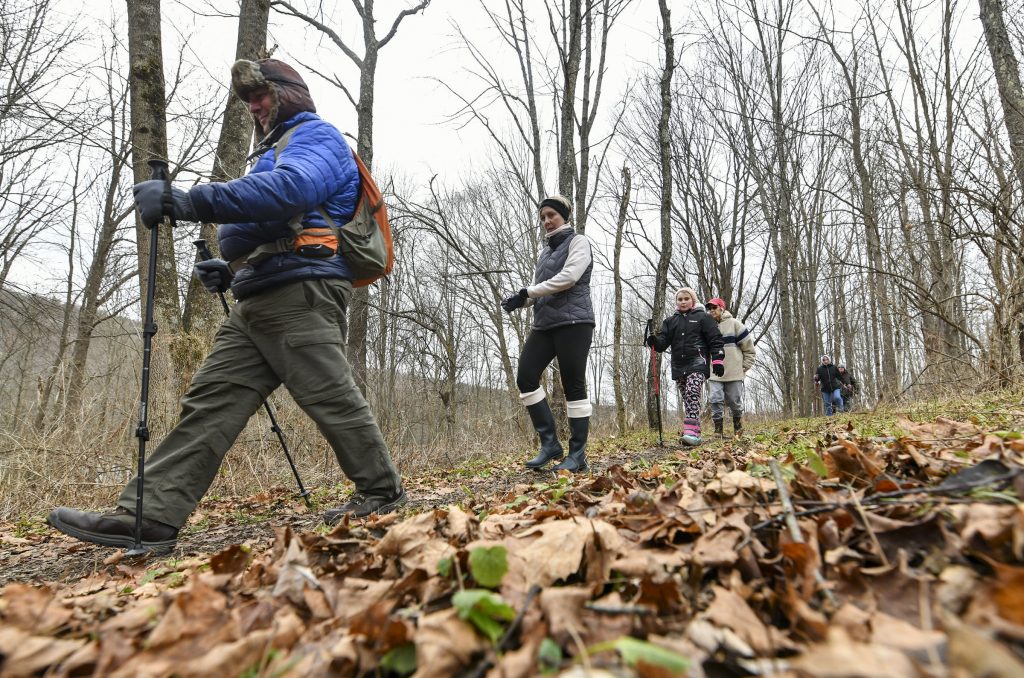 Outdoor activities have become more popular as people try to stay safe amid the COVID-19 pandemic.

Even though the annual First Day Hike at Lackawanna State Park is canceled this year, park Manager Rob Barrese believes some of the regulars may still show up on New Year’s Day.

“If it’s something they’ve done every year, they’re probably going to continue that tradition,” he said.

About 75 people participated in the guided trek last year, but all in-person programs at state parks are shut down until further notice in an effort to stop the spread of the coronavirus.

While that event may be off, outdoor enthusiasts have taken advantage of winter weather on the Lackawanna River Heritage Trail, said Owen Worozbyt, trail and environmental projects manager at the Lackawanna Heritage Valley Authority.

“We’ve noticed more people are taking up winter recreational activities like snowshoeing or cross-country skiing,” he said. “A lot of people have been sending us pictures and comments.”

Walking, a popular pastime during the peak of the pandemic, has also remained prevalent at area trails.

Carl Deeley of Scranton enjoys taking a brisk stroll with his wife, Carol, at least once a week.

As state restrictions have made traveling outside the region more difficult, Deeley has taken to the trail and has appreciated seeing the city from a different view.

“It’s a great way to discover your local area because it connects so many things,” he said. “You get to see places you normally wouldn’t see by car.”

Deeley doesn’t plan to let colder temperatures prevent him from enjoying the outdoors.

“It’s great because it gets the blood flowing and you feel better than just sitting inside,” he said.

Preliminary figures are not available for November and December at the trail, but Worozbyt believes the shift to outdoor entertainment will likely continue.

“Whether it was first-time trail users or casual users looking for something to do more frequently as a way to de-stress, we saw a massive uptick of people using the trail,” he said. “It’s a great asset in the community; hopefully people continue to use it and not abuse it.”

Barrese added visitation has also risen at state parks across the commonwealth.

“When everything shut down the first time, state parks in general saw a significant increase in visitation,” he said. “We’ve seen a lot of new users throughout the entire pandemic.”

He feels there are inherent benefits, including improved mental clarity, that coincide with outdoor hobbies.

“I think there is a lot of value to being outside and getting some fresh air and vitamin D,” Barrese said.

Judi Johnson of Benton Twp. has tried to make it out to the state park a few times per week the past several months.

“In years past, I probably wouldn’t have considered it,” she said. “I think the pandemic has made me think more about my health.”