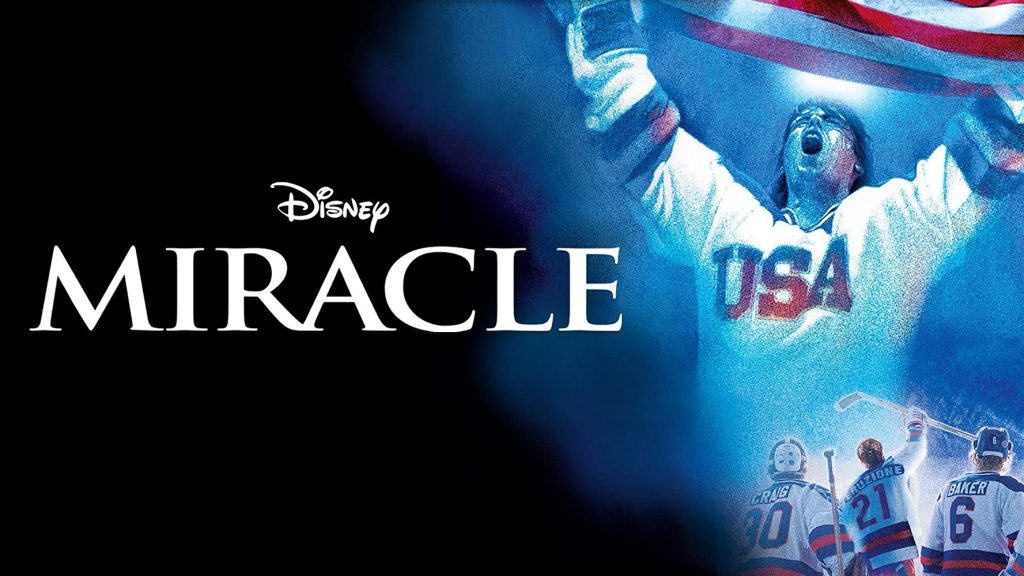 The first three films on my top 10 favorite sports movies list have a level of gravitas to them. “Cinderella Man” and “Warrior” earned Oscar nominations and “Rudy” is a classic.

Disney usually recruits one star to serve as the lead and fills in around that star with mostly no-names.

A Disney film doesn’t have to be good, but it resonates with audiences. It has memorable quotes, probably at least one great speech and a triumphant ending. It also proves immensely rewatchable.

Add an inspirational story based on true events and the formula is set.

“Miracle” fits the bill perfectly and lands at No. 7.

The film based on the 1980 Miracle on Ice stars Kurt Russell as late coach Herb Brooks.

Like “Warrior,” O’Connor does an incredible job balancing Brooks’ story and the U.S. players. It was the first time acting for a lot of the performers portraying hockey players so O’Connor deserves credit for making it all work.

However, there could only be one Most Valuable Player. 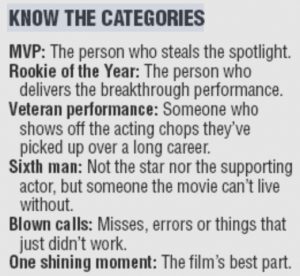 Russell elevates “Miracle” as Brooks. Without his stellar performance in the leading role, “Miracle” might have been mediocre.

The script asks a lot of him as Russell carries the film. He has almost every great line and a few phenomenal speeches.

It wouldn’t work without his delivery and passion behind each word.

The way he carries himself allows Russell to escape into the character. His nonverbal communication adds to his great lines.

I always get a kick out of when he nods to Soviet Union coach Viktor Tikhonov after the Miracle on Ice and speed walks into the tunnel to celebrate.

The audience could tell he worked hard and learned from Brooks. He helped turn a script he called mediocre during the Bill Simmons Podcast into one of the most memorable performances in a sports movie of all time.

A lot of the actors portraying hockey players do a nice job in their first time on the big screen. Michael Mantenuto gets overlooked in his performance as Jack O’Callahan and Nathan West (Rob McClanahan) really goes for it during the Sweden game.

However, Patrick O’Brien Demsey (Mike Eruzione) has one of the top lines of the film and he delivers.

“I play for … the United States of America!”

Everyone remembers that quote.

Demsey also adds some other solid moments, including when he reenacts Eruzione’s goal that proved the game-winner. His celebration is pretty on point.

Patricia Clarkson shines as Patti Brooks, Herb Brooks’ wife. She feels like a real person as she builds great chemistry with Russell.

Again, a lot of these films will make the wife a foil for the lead character. In “Miracle,” she raises real concerns as her husband chases his obsession. At the same time, she remains supportive and is there for Herb every step of the way.

The character proves an asset to the film, one bolstered by Clarkson’s performance and her realistic dynamic with Russell.

One of the hockey players “Miracle” focuses on is goaltender Jim Craig, played by Eddie Cahill. He comes off the bench and makes the most of his time on screen.

Cahill has to go toe-to-toe with the film’s best performer, Russell, and he holds his own.

One of my favorite scenes is when Craig says to Brooks: “Fine, you want me to take your test, I’ll take your test. Is that what you want?”

Brooks responds: “No, I want to see that kid in the net who wouldn’t take the test.”

Cahill also has a couple great moments with his father, especially when he finds him in the stands after the gold-medal game against Finland. His reaction says it all as it was also a poignant moment in the real-life event.

I don’t know if the hockey team actually played football after a Christmas party, but all I’m thinking during that scene is what if one of them gets hurt playing a backyard football game?

The scene works because O’Connor contrasts President Jimmy Carter’s speech with the innocence of the team to show the level the players have to rise to once the Olympics start. But tackle football? I cringe every time.

■ “Miracle” is so focused on the U.S. hockey team that the Soviet team is a bunch of blank slates. There’s no sort of understanding of who they are as people. After watching documentaries, including the “30 for 30” called “Of Miracles and Men,” there’s more to them than the evil Soviets.

The scene that sticks out is when the Soviets score the first goal against the U.S. and it’s made to seem like the team only scored because of a slash that wasn’t called. The Soviets probably scored because they had the best team in the world.

■ Finally, I know this is a true story, but Tikhonov deserves to be called out for his horrible coaching decisions. He pulled Vladislav Tretiak, the best goalie in the world, after one period because he allowed two goals.

Also, Tikhonov doesn’t pull his backup Vladimir Myshkin when his team is down one goal in the waning moments of the game.

The win over the Soviets is the moment everyone knows and a lot of people lived. It’s reenacted beautifully in the film, but the scene that sticks out for me is the “Again!” sequence.

It’s perfectly set up by Brooks constantly asking different players who they are and who they play for throughout the film.

The U.S. has just played a lackluster game and then Brooks keeps his team on the ice where they skate back and forth, even after the lights are turned off.

As they skate, Brooks peppers them with anger, saying: “The name on the front is a hell of a lot more important than the one on the back. Get that through your head!”

■ “You don’t have enough talent to win on talent alone.”

The scene ends with Eruzione finally understanding the team means more than the individual. It represents an entire country.

It’s the most beautifully crafted scene in the film and the most memorable.