After December’s “Wonder Woman 1984,” Warner Bros. continues its experiment of releasing movies on the same day in theaters and on the HBO Max streaming service with “The Little Things.” This could be a good move for the intriguing yet formulaic crime drama, which is likely to get more eyes on streaming than in cinemas as the coronavirus pandemic rages and a major winter storm pummels the Northeast.

Dripping with suspense, “The Little Things” ratchets up the tension, bolstered by the performances of a trio of Academy Award-winning actors. Though it brings little new to the table, the gripping thriller digs deep into the lengths that obsession can lead. But the detective drama falls victim to its third act, unraveling amid a slew of baffling decisions and an unsatisfying ending.

Set in 1990, “The Little Things” follows the investigation of a serial killer roaming Los Angeles. Former homicide detective Joe “Deke” Deacon (Denzel Washington), now a sheriff’s deputy, returns to his former workplace, the L.A. County sheriff’s department. When the killer’s latest victim is discovered, the experienced cop is drawn into the murder mystery. Deke teams up with hotshot detective Jim Baxter (Rami Malek), who is under pressure to bring in a suspect. The case bears strong similarities to the last homicide case that Deke worked on, which he never solved.

As Deke and Baxter bond over their determination to find the killer, they zero in on a potential suspect, unsettling appliance repairman Albert Sparma (Jared Leto). The three men embark on an intense game of cat and mouse, putting the cops’ limits to the test.

In “The Little Things,” writer-director John Lee Hancock weaves a slow-burn mystery that is downright nerve-wracking at times. The edge-of-your-seat thriller starts off strong, with a harrowing car chase as a frantic woman tries to outrun the serial killer. Watching as a woman, the opening sent chills down my spine. The scene establishes the film’s dark tone, illustrating the fear pervading the area and sense of urgency to catch the killer. Thomas Newman’s anxiety-inducing score ramps up the suspense as Deke and Baxter encounter new leads and precarious situations.

The crime drama relies on the cliché that detectives are haunted by the cases they do not solve, treading well-worn ground for the genre. But “The Little Things” illustrates this convention in a creative way. As he ponders the case, Deke is surrounded by the ghosts of the victims of his old investigation and his new one. In one sequence, a past crime scene appears in his rear-view mirror before the film transports us into the flashback moment. Little touches like this – the little things – helped keep me invested for the first two-thirds of the film.

The top-caliber cast delivers top-notch performances, which elevate the drama above its familiar territory. Washington and Malek have good chemistry as the crime-solving duo. Initially, Deke and Baxter’s methods run counter to each other, then complement each other as they share the same drive to crack the case. As the two characters’ journeys converge, “The Little Things” excels at showing how the cops’ obsession to catch the killer is comparable to the killer’s obsession in stalking his victims. The film repeatedly questions its lead duo’s morality.

The charismatic Washington is the audience’s conduit into the mystery. Having left the department under mysterious circumstances, the unsure Deke starts off as hesitant to return. But as he gets further into the investigation, Washington demonstrates Deke’s growing confidence, finding the swagger we’re used to seeing from the actor. As the by-the-book Baxter, Malek has the harder end of the deal as his character is put on a pedestal. But as the pressure of finding the killer gets to him, Malek gradually reveals the cracks in Baxter’s façade. The two actors essentially switch roles as the movie goes on.

In full creep mode, Leto adds another unsavory character to his resume. Though the actor has been weirdly over-the-top in his more recent roles (“Suicide Squad,” “Blade Runner 2049”), he finds a good balance here as he keeps the detectives – and audience – guessing as to whether he’s the killer. As the manipulative Sparma, Leto makes you wonder if he’s a socially awkward crime buff or a psychotic murderer.

First, a character starts making several head-scratching and flat-out dumb decisions. This goes against what viewers know about the individual. The script choices were so unbelievable that I started yelling at my screen. Then, the frustrating finale culminates with little payoff.

After asking viewers to invest a little more than two hours of their time, the crime drama doesn’t tie up all its loose ends. This would be fine if it were executed well. But some of the new information introduced dredges up more questions. The film ends up squandering a lot of the potential that it promised throughout its compelling story.

Though it tackles familiar ground, “The Little Things” spins a suspenseful mystery with solid performances and thought-provoking themes. Washington, Malek and Leto deliver a trio of memorable turns.

But the film fails to crack the case on sticking the landing. Its third-act issues take away from what could have been a great film. The big things afflicting “The Little Things” ultimately make it a more suitable watch for the small screen than the big one. 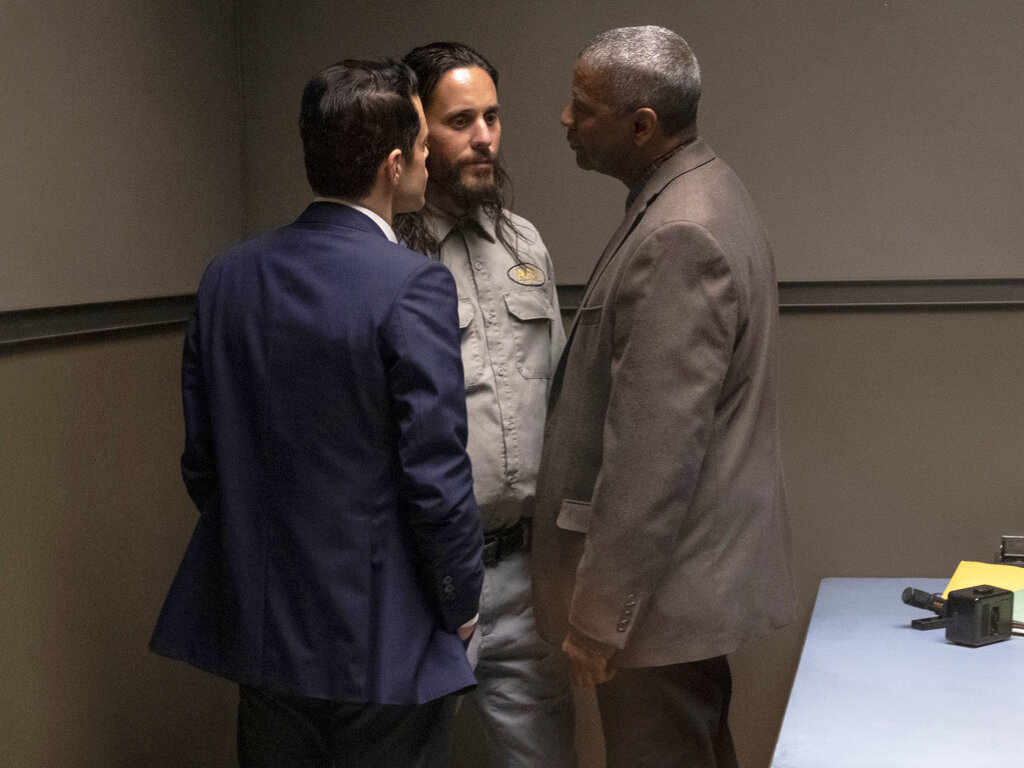 Warner Brothers’ third movie release that went to both theaters and HBO Max, “The Little Things” brings a strong cast to the mystery/detective thriller genre. It faces a tall task as it goes up against phenomenal films in the field, including David Fincher’s catalog. My favorite Fincher film is 2010’s “The Social Network,” but he proves the master of the mystery/detective thriller. The acclaimed director sets a standard with 1995’s “Se7en,” 2007’s “Zodiac,” 2011’s “The Girl with the Dragon Tattoo” and 2014’s “Gone Girl.” Although it tried, “The Little Things” never reached that high bar.

Denzel Washington (Joe “Deke” Deacon) shines as always, and he brings something a little different to this role. Although he still carries a confident Denzel presence, the two-time Academy Award winner adds a layer of vulnerability to the character. Haunted by his past, Deacon delves into the case that ruined and almost took his life. He balances that confidence in his detective skills with the emotional toll the investigation takes on him masterfully.

Rami Malek (Jim Baxter) plays the young replacement for Denzel, and Baxter brings a similar resume to the table that Deacon did before the case that broke him. Their paths mirror each other, and Malek does well in the role. His character devolves throughout the film, so Malek has the opportunity to show his range. He goes from level-headed to on edge.

Jared Leto (Albert Sparma) fits into his role like a glove. His portrayal of the creepy and mysterious Sparma sends shivers up the audience’s spine. He also brings an odd charisma that makes the character even more unsettling.

John Lee Hancock also provides solid direction as the film sticks by its slow pace and gives the plot time to develop. The movie also provides beautiful camera work, including a short but effective tracking shot on a highway. Thomas Newman’s phenomenal score also adds to the tension that slowly builds throughout the film.

So what is the film’s problem?

It simply lacks the pop of the other great movies in the genre. There are no particularly memorable scenes. There is no great climax. “Se7en” has the “What’s in the box?!” scene, “Zodiac” provides a number of unsettling sequences and “Gone Girl” gives the audience the “Cool girl” speech.

Is it the film’s fault there were better movies that preceded it? No. However, “The Little Things” brings on those comparisons because the setup and execution is so similar. Audiences have seen this and as a result they know where it’s headed when the third act hits. The ending just doesn’t bring the movie home. It doesn’t deliver on what the first two acts built.

“The Little Things” checks a lot of boxes when it comes to the mystery/detective thriller genre, but doesn’t do enough to separate itself from other movies like it and reach the level of greatness of its peers.