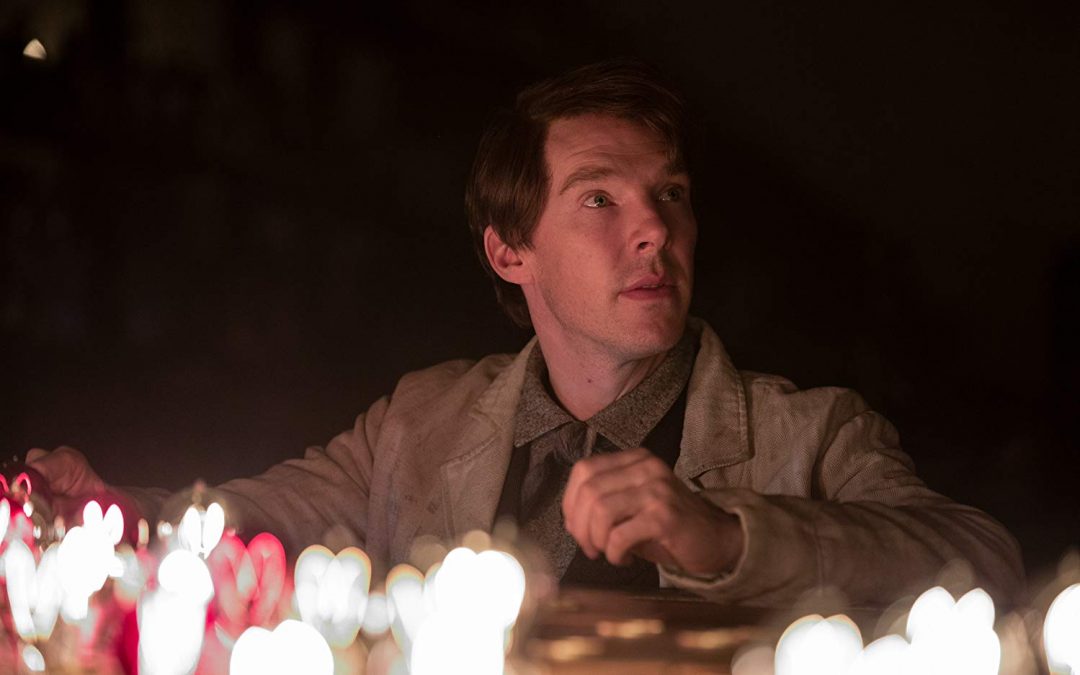 After waiting a few years for its wide release, “The Current War” finally hit theaters. It survived poor reviews at the Toronto International Film Festival in 2017, the fall of its distributor, The Weinstein Company, and a restructured cut before making it to the big screen. The result was a decent, but misguided film.

It would be worth doing a standalone movie on Edison, Westinghouse or Tesla. Instead, “The Current War” jumps right to the crossover film. It also decides to cover 13 years (1880-1893) of their lives. I had to look that up because the movie’s frantic pace doesn’t give much indication how much time passes. The audience can deduce it was a lot, but it timestamps the beginning of the movie and then pushes the pedal to the metal.

I never heard of Westinghouse and didn’t know much about Edison except that he created the light bulb. Tesla is a character played brilliantly by David Bowie in “The Prestige,” but I don’t have a lot of information about him other than he rivaled Edison. The audience probably didn’t either and sadly the film knew that. That’s why it dumps information. In that rattling off of facts, “The Current War” loses its heart.

The emotional beats pass by like a tumbleweed in the desert because the audience hasn’t even gotten to know the characters. Some of the events should linger with the main characters as well, but they are never acknowledged again. “The Current War” does not connect with the viewer because it is too wrapped up in the history and leapfrogging from character to character.

The trailer would have the audience believe Tesla is an important part of the film, but he can be cut from most of the movie. He even explains later in the film something the audience learned about him earlier, which leaves his presence even more questionable.

I’m being hard on this film because of what I thought it could have been and the respect I have for the people involved. There’s a lot of good here.

The film is beautifully shot with some great uses of color. It introduces some interesting metaphors. The history behind the time period is engaging. The score is beautiful, although sometimes it does overpower a scene. The cast is dynamite. Tom Holland (Samuel Insull) shines alongside Cumberbatch. Katherine Waterston (Marguerite Westinghouse) has phenomenal chemistry with Shannon, which isn’t taken advantage of. This could have been an Oscar contender. Instead, it will be forgotten in a month.

“The Current War” gets bogged down in the history instead of finding its soul. It tries to tackle too big of a time period and too many historical figures. This movie would have benefited from a focus on one of the characters instead of all three. Because of the rapid history dump, the solid themes are never explored and emotional beats never land. It’s a fine film that squanders its opportunity to be great. 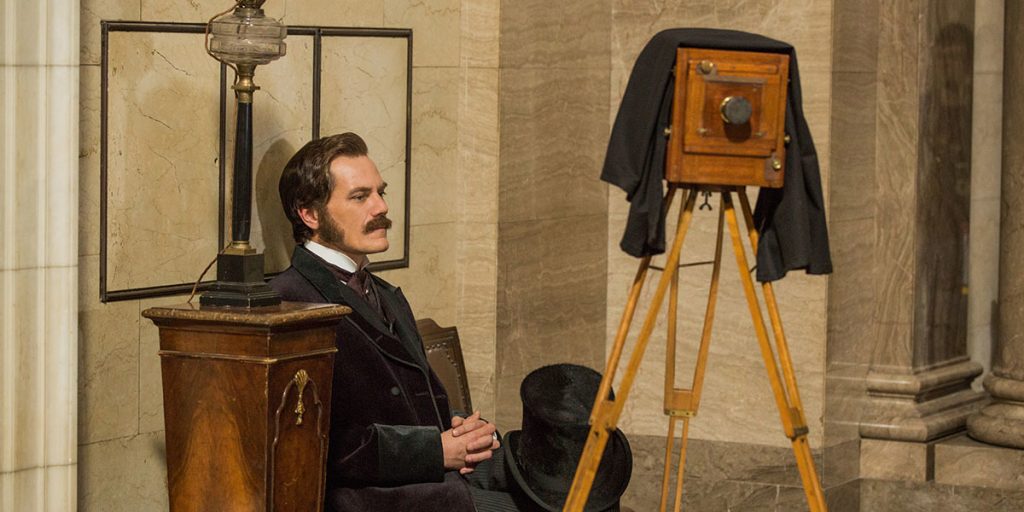 After being shelved for two years, “The Current War: Director’s Cut” seemed to have all the pieces in place to light up the big screen. The historical drama about the charged rivalry between electricity pioneers Thomas Edison, George Westinghouse and Nikola Tesla boasts major star power from leads Benedict Cumberbatch, Michael Shannon and Nicholas Hoult, as well as stunning cinematography and dazzling visuals.

But while “The Current War: Director’s Cut” looks good on the surface, the film only offers flickers of a soul. The biopic feels like a history lesson, rushing too fast through the lives of its subjects that it promised to illuminate.

Set in the late 19th century, the period piece follows the heated battle between arrogant inventor Edison (Cumberbatch), savvy businessman Westinghouse (Shannon) and visionary futurist Tesla (Hoult) to provide electricity to the American public. The three clash over the efficiency of using direct current or alternating current – as well as the morals of using electricity to kill humans for capital punishment – as they compete to bring their electrical systems to cities across the country. Their rivalry becomes more personal as the contract to power the 1893 Chicago World’s Fair threatens to make or break each inventor’s legacy.

“The Current War: Director’s Cut” has charted an embattled journey to theaters. Originally made for Harvey Weinstein’s film studio, the drama debuted at film festivals in 2017 to poor reviews just a few weeks before the movie mogul was accused of sexual misconduct. After languishing in film purgatory, the biopic gained a second chance through 101 Studios, which allowed director Alfonso Gomez-Rejon to reclaim and reedit the film.

The revamped “The Current War” shines on a technical level. The well-shot film consistently features captivating images using the theme of light. Early on, Edison stands in the middle of a field of light bulbs, exalting his creation. In a sweeping sequence, a trail of bulbs magnificently lights up the Chicago World’s Fair. Smooth editing enhances scene transitions, with attention paid to closeups of the actors’ faces. A compelling violin score ramps up the tension as the “war of the currents” grows in intensity.

But at one hour and 42 minutes – reportedly 10 minutes less than the original cut – the drama throws a lot of information at moviegoers, making the film hard to follow. In the first five minutes alone, the film rattles off several names, dates and places at a dizzying pace. The period piece seems more interested in crossing off a historical checklist than in fleshing out the rivalry that’s supposed to be at the heart of the film.

This brings to light a problem with the film’s marketing. “The Current War: Director’s Cut” was promoted as a rivalry between three inventors – Edison, Westinghouse and Tesla. But the film actually focuses on the rivalry between Edison and Westinghouse, treating Tesla as a supporting player. In trying to tell the stories of all three men, the film falls short of delving into each inventor’s struggles as deeply as it could have.

Further dimming “The Current War” is its lack of an emotional core. The film tries to insert one with a subplot about Edison’s wife, Mary (Tuppence Middleton). But the storyline is rushed, and the audience doesn’t have enough time to feel its weight. The story also moves in an unexpected direction toward the end, without planting enough seeds for it beforehand.

The biopic gets most of its wattage out of the solid performances of its cast. Cumberbatch is commanding as Edison, a calculating genius who knows how to use his fame to get what he wants. The famed inventor comes off as largely unlikable here. But Edison is somewhat humanized through his friendship with his personal secretary, Samuel Insull (a terrific Tom Holland, expanding his web of roles beyond Spider-Man in the Marvel Cinematic Universe).

Of the three inventors, Shannon’s Westinghouse is the most intriguing. The methodical Shannon adds layers to the role, portraying the electricity giant as a principled man who cares about his family and friends. The relationship between Westinghouse and his wife, the ambitious Marguerite (Katherine Waterston), is unique in that she was treated as an equal partner in their enterprise. This is an interesting angle that should have been explored further.

Hoult is begging for more screen time as the brilliant Tesla. The young actor brings an eccentric vibe to the character, wearing colorful suits and coats. But the movie doesn’t dig in enough to learn what makes him tick. David Bowie’s take on Tesla in 2006’s “The Prestige” remains more memorable.

“The Current War: Director’s Cut” lacks the spark to generate a satisfying film. The period piece fails to add up to more than the sum of its parts, dimming itself to a less-than-bright future.

Review: "Uncut Gems"
Takeaways from the 92nd Academy Awards nominations
Year in Rewind: Best and Worst of 2019 in Film
Fade to black on the 2010s: Best films of the decade