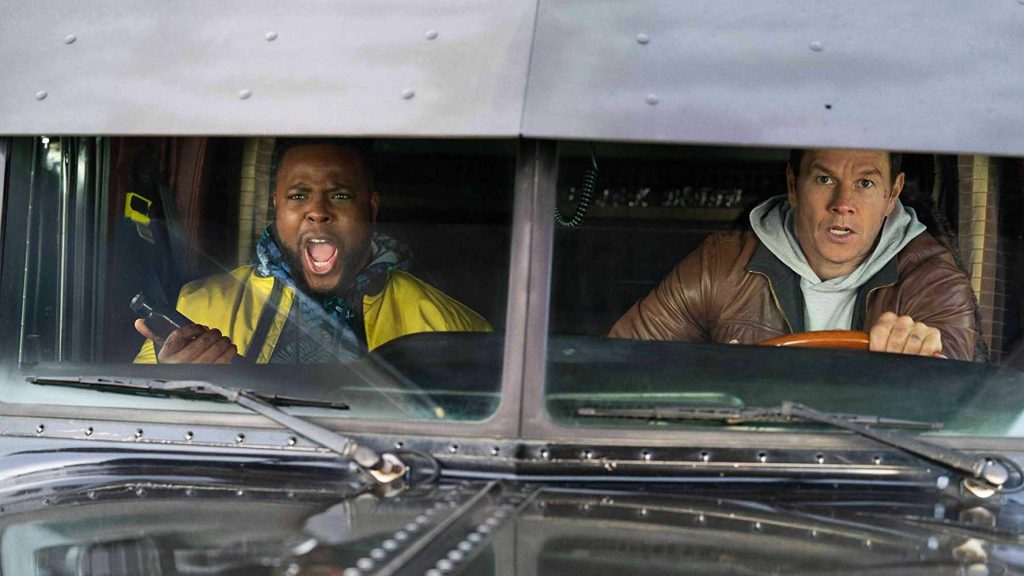 NOTE: As movie theaters remain closed due to the coronavirus pandemic, Take 2 will review films available on streaming platforms.

As the fast-moving coronavirus has shut down movie theaters across the country, moviegoers are hunkered down at home, taking advantage of the offerings on streaming services. One of the films benefiting from a captive audience is “Spenser Confidential,” the Mark Wahlberg action comedy that reached the No. 1 most-watched movie on Netflix.

The gun-for-hire flick is a mixed bag, a standard but fun outing in the genre. The Netflix original follows a paint-by-numbers plot as it struggles to balance its light-hearted humor with its serious drama. But the solid chemistry among its stars and its entertaining brawls are enough to arrest “Spenser Confidential” a spot on your Netflix watchlist.

The film follows Spenser (Mark Wahlberg), a former Boston police officer who spends five years in prison for assaulting his police captain, whom he suspected of corruption. Soon after Spenser’s release, the captain and another police officer are found brutally murdered. When the captain’s death is pinned on the slain officer, whom Spenser trained with, the ex-cop smells an act of injustice.

Determined to find out the truth, Spenser teams up with his new roommate, up-and-coming boxer and ex-con Hawk (Winston Duke). The two uncover a dangerous web of drug trafficking and dirty cops that stretches further than either of them imagined.

“Spenser Confidential” is the fifth film made by Wahlberg and director Peter Berg, who worked together on “Lone Survivor,” “Deepwater Horizon,” “Patriots Day” and “Mile 22.” The only one of these films I’ve seen is “Patriots Day,” a tense thriller about the Boston Marathon bombings. It’s a superior film to “Spenser Confidential,” which marks a step down in quality for the pair.

Following a straightforward script, the buddy cop flick dutifully runs through the beats and checks off the clichés in this average entry. The film is so predictable that I guessed the ringleader of the dirty cops about 20 minutes in. The climactic showdown you can see coming from a mile away.

The flick also suffers from a jarring imbalance in tone. “Spenser Confidential” tackles hard-hitting topics like domestic abuse, gangs and police corruption, with graphic violence throughout. But the movie switches from gritty to silly on the turn of a dime, peppering in dog jokes, Spenser’s lack of knowledge about technology and a comical sex scene. The abrupt tonal shifts can leave viewers’ heads spinning.

So why am I recommending “Spenser Confidential”? The camaraderie between Wahlberg, Duke and their landlord, played by wise-cracking veteran Alan Arkin, lifts the film. The three spar with some rapid-fire dialogue, which is enjoyable to watch.

Already an action star, Wahlberg’s furrowed brow and comic flair bring the intuitive yet reckless Spenser to life. This is the Boston native’s latest stint playing a law enforcement official, and he has it down pat. Wahlberg shares a nice rapport with Duke, whose star is rising after noteworthy turns in “Black Panther” and “Us.” In contrast to his large physical stature, Duke taps into Hawk’s softer side, showing the character’s love of animals and his kindness toward children. However, the film rushes their friendship, which starts off shaky and then fast-tracks to best-bud status.

With the film almost two hours long, the frequent fights keep “Spenser Confidential” moving at a clip. Spenser is often beaten up while trying to collect information, which becomes a running gag. Under Berg’s kinetic direction, the thrilling tussles quicken the pulse and show off Wahlberg’s physicality. There are fisticuffs among inmates at prison, a bathroom brawl with police officers and my favorite, an all-out ruckus in a Mexican restaurant. The steady skirmishes make the film memorable.

The actioner shines the spotlight on two scene stealers in its cast. Comedian Iliza Shlesinger is hilarious as Cissy, Spenser’s estranged wife, and a pleasant surprise. I laughed every time she was onscreen. Rapper Post Malone shows promise as a fellow inmate of Spenser’s, making the most of his limited screen time.

Buoyed by its charismatic cast and exciting action, the uneven “Spenser Confidential” serves up a fun popcorn flick, but little more. I had a good time with it, and I can think of a worse way to spend two hours. If you’re willing to shut your brain off, the mindless actioner offers a welcome escape from the real world. 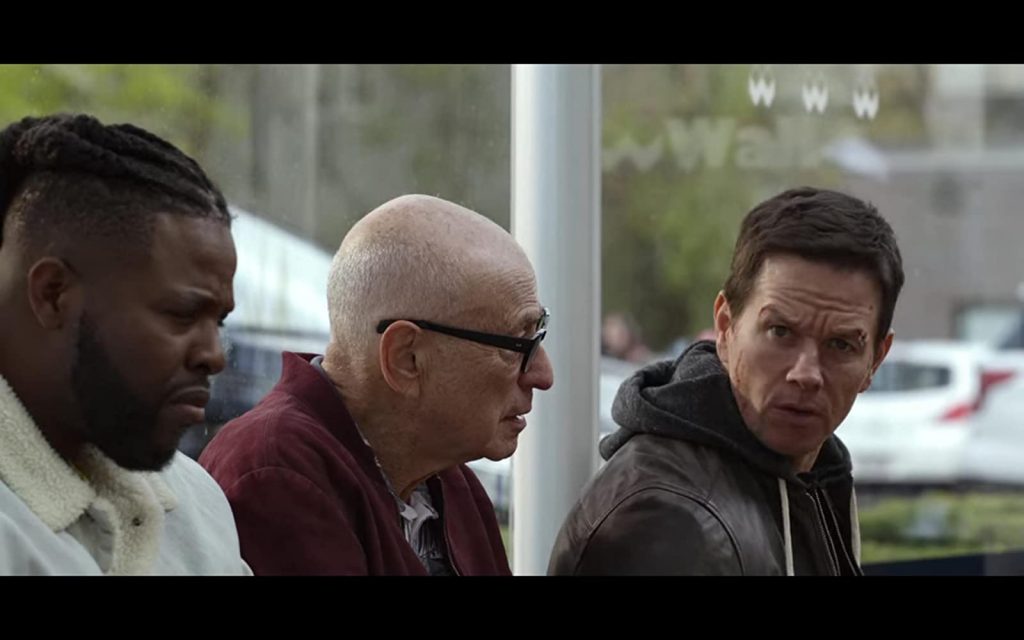 With the coronavirus outbreak preventing movie fans from enjoying films on the big screen, it can’t stop people from popping on a streaming service from the couch. That’s where moviegoers can find Netflix Original “Spenser Confidential,” starring Mark Wahlberg. It’s nice to have that option, but here at Take 2 we want quality or at least fun. “Spenser Confidential” doesn’t quite meet those standards.

Wahlberg (Spenser) paired with rising star Winston Duke (Hawk) seemed like a strong ticket, but they were let down by a weak script. The duo doesn’t have enough time to develop and then all of a sudden Hawk is fully onboard with an incredibly dangerous situation. These are two solid actors, but Duke wasn’t given enough material to make the audience understand why he was there at all.

Add in Alan Arkin and this trio should be awesome together in a comedic cop movie. The problem was, “Spenser Confidential” had no idea what it wanted to be. The tonal shifts were glaring. It’s a very serious movie at times, dealing with very real subjects, such as domestic abuse. I’ve seen movies that are way more violent than this one, but there were a few brutal sequences. At one point, the camera puts the audience right on the face of a dead man whose body has been ravaged. The next minute, Wahlberg is making jokes with his dog. There are similar movies that can balance comedy with drama (see the “Lethal Weapon” franchise), but “Spenser Confidential” never finds it.

The action scenes are nothing special and the plot proves pretty predictable. I wasn’t looking for anything intricate, but if it was going to be predictable I wish it was more fun.

I was actually most impressed by two actors who aren’t known for their acting. Comedian Iliza Shlesinger and I had a bit of a falling out after I thoroughly enjoyed one of her comedy specials, but thought the others lacked. Although her character (Cissy) is one note in the film, she hits that one note very well. She had me laughing in her short screen time. Post Malone (Squeeb) is in two scenes and he doesn’t disappoint. They’re obviously both talented, but I underestimated them a bit.

The scene I appreciate most in this film is when Spenser and Hawk try to zoom in on a license plate number in security footage and Spenser says, “It’s too blurry.” I couldn’t believe it. How many times do we see in movies the characters “enhance” a blurry image so as they zoom in it somehow becomes clearer? That’s not how it works. Bravo to “Spenser Confidential” for not making that mistake.

Also, I’d like to give a shoutout to Bokeem Woodbine, who I have seen in about five or six movies and I never knew his name until I looked it up on IMDB. He pretty much plays the same role all the time, so I’m going to try to remember his name.

I like watching these actors, so I can’t say this movie was a waste of my time. These are three good actors and two others I didn’t know could act. However, it just never takes that next step. It starts to get close, but by that time the movie is pretty much over. In the end, it’s an OK film.

“Spenser Confidential” never finds its footing at any stage and leaves a film that had the pieces of a fun buddy cop flick in mediocrity. If you want to go dark like this film flirts with and see a movie about a man getting justice or revenge for others, just watch 2014’s “The Equalizer.” If you want to see a better version of this movie, find “Lethal Weapon.” A lot of movies remind me of “Spenser Confidential” and most of them are better, including 2010’s “The Other Guys,” which also stars Wahlberg and is streaming on Netflix.