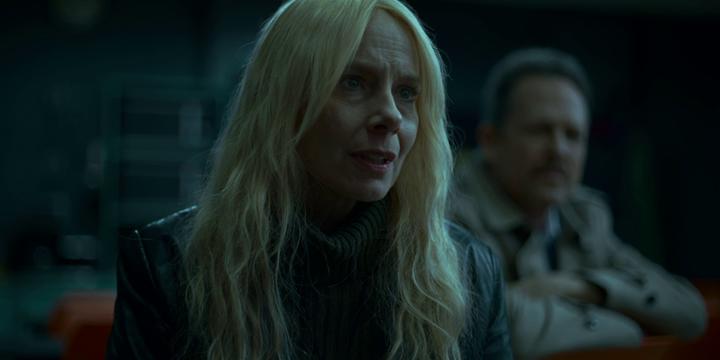 In the true crime drama “Lost Girls,” the unsolved murders of young women in Long Island allow their grieving relatives – mothers and sisters seeking justice – to find each other. The intense and compelling mystery based on the Long Island serial killer humanizes the victims and celebrates the bonds of sisterhood.

The film is reminiscent of “Gone Girl” and “Three Billboards Outside Ebbing, Missouri,” both of which are fictional. But despite its tragic real-life inspiration, “Lost Girls” is not as good as either film. The drama misses an opportunity to delve deeper into its characters, falling short of delivering the full impact of its heartbreaking story onscreen.

The drama focuses on Mari Gilbert (Amy Ryan), a mother searching desperately for her missing daughter, Shannan, who worked as a prostitute. The unrelenting Mari pressures the unconcerned police department, led by disgraced and ineffectual head Richard Dormer (Gabriel Byrne). Her search leads to the discovery of the remains of several sex workers in a private Long Island community, the work of a serial killer who until then had escaped the police’s notice.

With her younger daughters (Thomasin McKenzie and Oona Lawrence) by her side, Mari rallies the families of the victims to get to the bottom of Shannan’s disappearance, fight police incompetence and confront a community willing to close their eyes to the existence of a killer.

After premiering at the Sundance Film Festival, “Lost Girls” found a home on Netflix. The drama marks the feature film directing debut of Liz Garbus, an established documentary filmmaker.

In her promising first effort, Garbus’ background comes through in shaping the film’s straight-forward narrative. The drama engages viewers from the get-go, drawing them into the mystery. The gorgeous cinematography, bathed in dreary blues and grays, enhances the film’s bleak atmosphere. The muted color palette recalls “Gone Girl.”

With a female director behind the camera, “Lost Girls” benefits from a woman’s perspective. With the victims all being sex workers, the male-dominated police force – especially as portrayed by Dean Winters’ insensitive lawman – looks down on the case and refuses to take it seriously. “Lost Girls” shines brightest in showing the victims were more than their profession. They had their own lives and families, and they deserve to be remembered.

When the victims’ mothers and sisters come together, they find a support system they didn’t have before. In one key scene, the women march through the Long Island community demanding answers while its residents shut their doors. It’s a powerful message of female unity as the women lift each other up in the face of resistance.

Leading the charge is Ryan, who delivers a raw, fierce performance as a mother on a mission. Loud and blunt, Ryan conveys Mari’s unshakable determination to find the truth and hold the police accountable, like Frances McDormand’s raging mother in “Three Billboards Outside Ebbing, Missouri.” But Ryan also capably navigates Mari’s vulnerable side, tapping into her regrets as a parent.

What hurts “Lost Girls” is its failure to develop its characters. At a taut 95 minutes, the story keeps its characters at arm’s length. The intense opening sequence, which features Shannan running for her life, only briefly shows her face. We finally see her features about a half-hour or so later when Mari makes missing-person posters. This makes it difficult to connect with the character and care about her well-being.

The script also doesn’t dig deep enough into its pivotal relationships. As Mari’s middle daughter Sherre, McKenzie (who sparkled in “Jojo Rabbit”) juggles being a shoulder to lean on for her mother and a protector for her troubled younger sister, Sarra. But the film only skims the surface of the family’s discord. As a result, a gut punch revealed in the film’s epilogue doesn’t land quite as hard as it should. The film needed more time to flesh out the family dynamic.

In a supporting role, Lola Kirke adds a breath of fresh air as Kim, the sister of one of the slain women who also works as a prostitute. Kim bonds with Mari and her daughters, acting as a stand-in for Shannan. But as intriguing as this relationship is, the film doesn’t mine it as much as it could.

“Lost Girls” shines the spotlight on a tragic story that needs to be told. Like its real-life mystery, the film doesn’t end neatly, and its lack of catharsis is true to real life. But the film also doesn’t do enough with its dramatic true crime roots to fully realize its potential. Still, “Lost Girls” is worth watching for Ryan’s fiery performance and as a moving story of sisterhood. 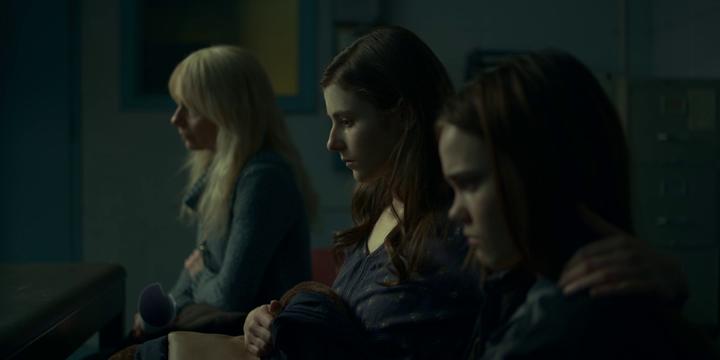 Thirteen years after losing her daughter in 2007’s “Gone Baby Gone,” Amy Ryan’s cinematic daughter has gone missing again in Netflix original “Lost Girls.” It was the first thing I thought upon seeing the trailer for this film. It kind of made me laugh, in a similar sense to you should never travel with Tom Hanks because his characters have gotten into trouble in space, in the air and at sea. What I didn’t know is that “Lost Girls” was based on a true story that deals with a very serious subject matter. Not that “Gone Baby Gone” isn’t serious, but it is at least a work of fiction that leaves audiences with a philosophical question. “Lost Girls” is just real.

Mari Gilbert (Ryan) isn’t the only person dealing with the disappearance of a loved one. Four others are gone and the film pretty much jumps right into the action. It doesn’t take the time to develop Gilbert’s family, which includes two other daughters, Sherre and Sarra. It decides to catch the audience up later. This works in some films, but the execution in “Lost Girls” is poor. The audience is trying to focus on the mystery of the missing girls, but the movie keeps stopping to tell the audience another tidbit about the family. This information proves vital to the true events, particularly the epilogue. However, the film sets up a mystery. The family dynamic needs to be established before the mystery gets rolling unless that information is vital to the mystery.

They may have had to make this choice because of time constraints. The film is only about 95 minutes with credits. It could have used another half hour to iron out the family dynamic. The audience never even sees the face of Gilbert’s daughter before she goes missing or while she is missing. Her face is on the flyers Gilbert makes, but the audience never gets that human connection because it just sees her figure running at the beginning of the movie. There’s also not a lot of information passed along. For a mystery, it doesn’t really go a lot of places. “Zodiac” takes the audience all over the place and keeps it on the edge of its seat with new evidence and details. That mystery isn’t solve by the end, but still it goes places. It’s also three hours long. This film just needed more time to develop.

I appreciate that this movie is not very cinematic. It separates itself from films like it in that way as it should be considering it’s a true story. “Gone Baby Gone,” “Gone Girl” and “Wind River” are all grim, but they have their cinematic flair. “Lost Girls” is very straightforward and raw. While I don’t like this film as much as those, I appreciate that it distinguished itself.

Dean Winters, who portrays a cop, seems way too over the top. Also, Winters is Mayhem from the Geico commercials and it’s really hard for me to think of him in any other role. Anyway, he just seems over-the-top rude to Gilbert whose daughter is missing. Then again, it seems as though the cops were pretty inept in the true story so maybe that is how he acted in real life.

Ryan is by far the best part of this film. She actually earned her only Oscar nomination for her supporting role in “Gone Baby Gone” so she knows how to play this part. That doesn’t change the fact that she’s really good at it. She also moves from a supporting role to a leading role. Her intensity never lets up and that effort pays off. She made the movie worth watching.

Lola Kirke (Kim) shined in her limited screen time. She builds a nice chemistry with Ryan and her daughters. When she’s talking, the audience is engaged. She’s the only one who can momentarily take the spotlight from Ryan.

Everyone else is fine. Thomasin McKenzie (Sherre) could have been better as Gilbert’s daughter. It sounded like she was trying to hide an accent the whole movie. As a result she was speaking pretty quietly throughout. The accent never broke, but it seemed like it was because she was trying so hard to suppress it. I have every confidence McKenzie will learn and get better. She’s excellent in “Jojo Rabbit.”

Here’s where this film becomes difficult to rate. This is based on a true story. Although I have plenty of negatives, this is an important story as is laid out in the epilogue. Maybe my issue of there not being enough information on the case is because there isn’t a lot of information on the case. The closest movie this comes to off the top of my head is “Wind River.” “Wind River” has the true gut-punch epilogue that “Lost Girls” has. The difference is “Wind River” is a fictional story that is based on the true plight of Native American women. “Wind River” can now create a cinematic story, which turns into a revenge plot. This makes “Wind River” a much better film than “Lost Girls.” “Lost Girls” would probably be better served as a documentary. But again, maybe there isn’t enough material there to go on.

“Lost Girls” needs more time or a different format to tell its story, but Amy Ryan is awesome and I’m glad I watched it. It’s a story worth telling.