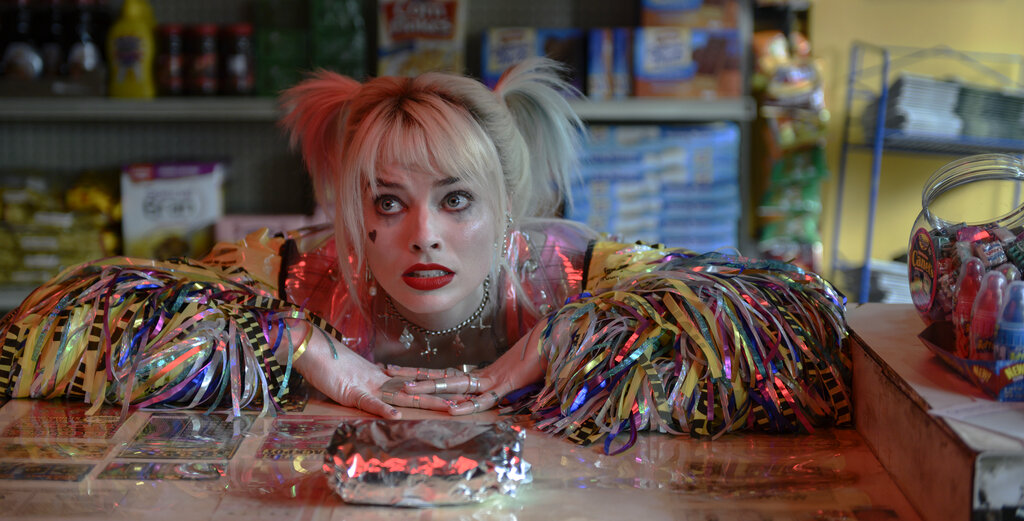 Review: ‘Birds of Prey (and the Fantabulous Emancipation of One Harley Quinn)’

In 2016’s messy supervillain team-up “Suicide Squad,” Margot Robbie’s delightfully deranged Harley Quinn stole the show. Four years later, the adorable antihero is back and ready to take on the world in her own DC Comics movie – sans her abusive boyfriend, the Joker, and with her new girl gang.

The female-empowered “Birds of Prey (and the Fantabulous Emancipation of One Harley Quinn)” is a fun, entertaining romp that takes the shackles off its main character. The sort-of sequel to “Suicide Squad” improves upon its predecessor in every way. The candy-colored thrill ride features a star in Robbie, well-drawn female characters and splashy action sequences.

When “Birds of Prey” begins, Harley is trying to move on with her life after she and the Joker break up. But without Mr. J’s protection, Gotham City’s villains have declared open season on the psychiatrist-turned-criminal.

“Birds of Prey” revels in its wicked sense of humor. The eighth movie in the DC Extended Universe hits its stride as the franchise continues to back away from its gloomy beginnings. The flick is hyperviolent, making use of its R rating. Though the rating may have hurt the film in bringing a younger audience to theaters, the decision to go R fits with the edgy nature of the film’s story and characters.

Unlike the manic and muddled “Suicide Squad,” the fast-paced film is coherent and focused. Be warned that “Birds of Prey” feels a lot like “Suicide Squad” in the beginning, with several song changes and scrawling words onscreen. But much like Harley coming into her own, “Birds of Prey” flaps its wings and becomes its own vehicle. It’s a smaller-scale adventure with lower stakes. But those stakes are important for Harley’s personal development.

The film establishes Harley as a full-fledged character beyond her controversial background. “Suicide Squad” showcased Harley’s toxic, codependent relationship with the Joker (Jared Leto, whose meth-addled version of Batman’s nemesis is thankfully left out of this film). This is a man for whom she jumped into a vat of acid to prove her love. But in “Birds of Prey,” the fan favorite takes control of her story, narrating it herself. The cheeky anarchist forges her own path as a mercenary, blowing up the chemicals factory that symbolized her and the Joker’s love and emerging as a force to be reckoned with in Gotham’s underworld.

In her second time onscreen as the character, Robbie shines in a role she was born to play. The actress exudes an unapologetic femininity as Harley wears her hair in girlish pigtails and cracks jokes as she refuses to let anyone push her around. She’s also clever as the former psychiatrist relies on her instincts to get into people’s heads. Robbie doesn’t shy away from the self-serving aspects of Harley’s personality – she is a criminal psychopath, after all. But she’s one with a heart who knows that women can accomplish more when they work together.

Each female character in “Birds of Prey” is looking for emancipation from the men in their lives. All the women are strong, and all the actresses are fantastic. As Black Canary, Smollett-Bell imbues the tough-as-nails songstress with a conscience. She nimbly navigates the superhero’s conflict between working as Roman’s muscle and a family legacy of fighting crime. As the no-nonsense Montoya, Perez’s level-headed performance helps ground the story. The policewoman faces a daily battle against her dismissive male co-workers. Winstead is cool, calm and collected as the Huntress, driven by revenge. She balances the archer’s rage with a humorous awkwardness. Though Cassandra spends most of the film needing protection from Roman’s henchmen, Basco is spirited and likable.

The film also features women behind the camera. Director Cathy Yan helms a visual stunner, working from a screenplay by Christina Hodson. “Birds of Prey” delivers excellent action sequences, with practical effects aided through a collaboration with Chad Stahelski from the “John Wick” films.

Where the action in “Suicide Squad” was murky and bland, the crisp and clear sequences in “Birds of Prey” pop with color. In one scene, Harley shoots off blue and pink glitter bombs in a police station, with the powder fanning around like clouds. An exciting jail break – with the sprinklers going off – highlights Harley’s ability to fend for herself. And the nail-biting climax is set at a carnival funhouse, with choreographed hand-to-hand combat and creative use of roller skates.

A few flaws keep “Birds of Prey” from soaring. As good as McGregor is chewing up the scenery as the despicable Roman, there’s not much to the character. He gets the name Black Mask because … he collects masks. That’s it. In one instance, a flashback technique halts some of the film’s momentum. And as great as Winstead is as the Huntress, the character isn’t in the film enough.

“Birds of Prey (and the Fantabulous Emancipation of One Harley Quinn)” embraces its irreverent tone and brings some much-needed attitude to the DC Extended Universe. The enjoyable standalone does right by Harley Quinn. “Birds of Prey” unleashes a well-made female-fronted superhero film with the promise of more women-based stories in a popular genre. 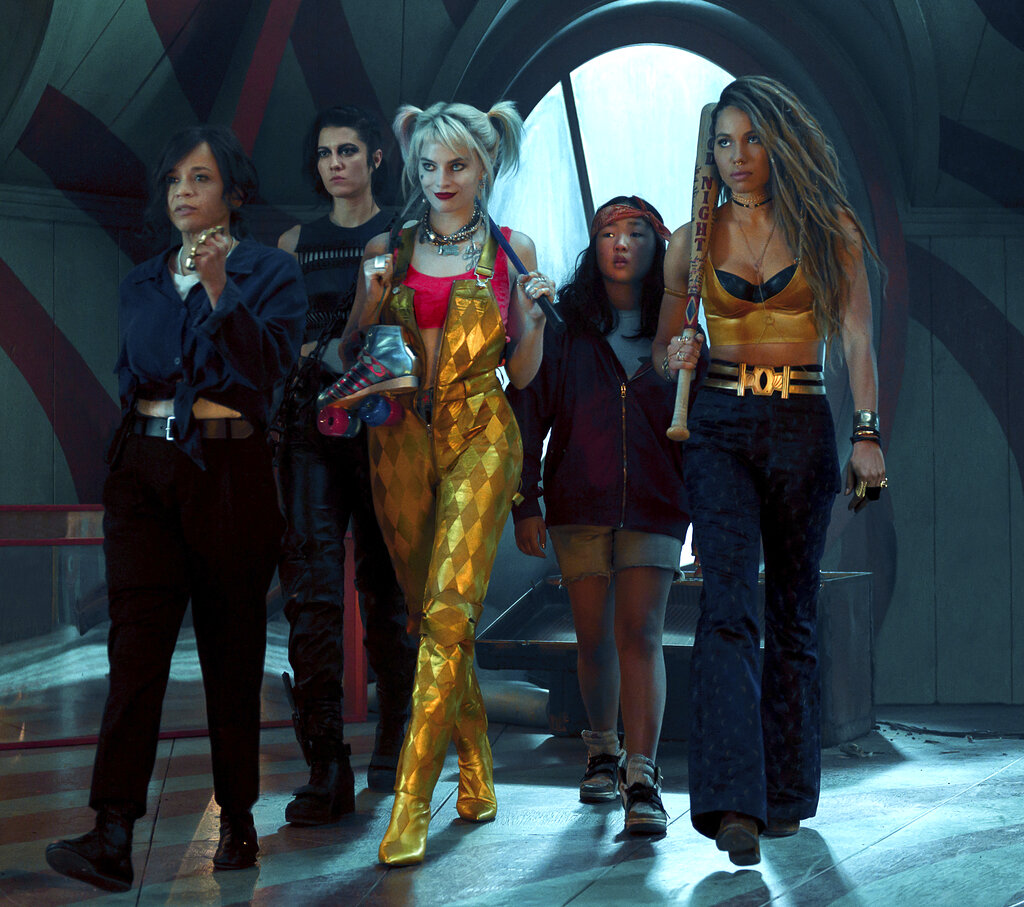 Let me be perfectly clear. I hated “Suicide Squad.” HAT-ED it. “Suicide Squad” was one of the worst edited films ever, had terrible CGI and proved the worst movie of 2016. I gave the DC Extended Universe a pass for the underwhelming “Batman v. Superman: Dawn of Justice” earlier that year only to be even more disappointed months later by that joke of a film. Speaking of jokes, Jared Leto’s performance was an unmitigated disaster. I felt bad for Will Smith and especially Margot Robbie. I hoped both phenomenal actors could steer clear of this franchise for the foreseeable future.

In the fall, the trailer dropped for “Birds of Prey” with Robbie reprising her role as Harley Quinn. The trailer looked very similar to “Suicide Squad” so I had zero expectations heading into this film. I didn’t even want to see it because Robbie is too good of an actress to be wasting her time with this when she needs to be winning all the Oscars.

Well, I saw “Birds of Prey.” And boy did I underestimate the franchise’s ability to right the ship. In other words, I was very wrong.

Robbie is a great actress so it should have been no surprise that she can elevate a movie and a poorly conceived character. The ordinarily weak and submissive Harley Quinn is now empowered and free. Robbie did well in the atrocious “Suicide Squad,” but when given the freedom and focus of the film she shined brighter. She embraces the role and the audience can feel that passion. The movie-goer gains a connection, even though Quinn still isn’t the greatest person. That was the goal of “Suicide Squad.” Robbie was just one of the factors that helped “Birds of Prey” succeed where “Suicide Squad” failed.

This may seem obvious, but Hollywood has struggled with the concept. When producing a film starring women, it is important to have a female writer and director. Director Cathy Yan and writer Christina Hodson prove that. The perspective is very different. The audience can tell Yan and Hodson have an understanding for this storyline. Taking out the fact that it’s comic book movie, “Birds of Prey” is more of a film about strong women who are underestimated. Who understands that reality better than anyone? Women.

On top of that, “Birds of Prey” rarely feels like a comic book film. That is the foundation on which some of the best comic book movies are built (such as “Captain America: The Winter Soldier” and “The Dark Knight” to name a few). And when it does feel like a comic book film, it is warranted and set up beautifully by earlier scenes in the movie. I’m not familiar with Yan’s other work, but this isn’t the first time Hodson has preserved the quality of a franchise. She also wrote 2018’s “Bumblebee,” a huge step up after the atrocious “Transformers: The Last Knight.”

The supporting cast is also awesome. Rosie Perez, Mary Elizabeth Winstead, Jurnee Smollett-Bell and Ella Jay Basco create a great chemistry when they don’t even share the screen for a long time. They’re also part of a well-shot action sequence toward the end of the film. Even though the audience is introduced to four characters, it is able to connect with them quickly. Smollett-Bell shines brightest of the supporting cast, but all these women do their parts to elevate the film.

Again, Ewan McGregor (Roman Sionis) accomplishes what “Suicide Squad” tried to do with the Joker. McGregor gives a fun performance while remaining menacing. He’s a grotesque villain, who somehow makes the audience laugh at times. McGregor purposely hams it up, which fits the character and the movie perfectly.

The comparisons to “Deadpool” are understandable, but “Birds of Prey” is most definitely its own thing. Robbie is the narrator and gives an occasional wink to the camera, but the film is much more than a “Deadpool” derivative.

“Birds of Prey” is everything “Suicide Squad” wanted to be. It has a focus. The tone is consistent. The action is beautifully shot and easy for the audience to follow. It’s a blast at the theater as the film makes the audience laugh, keeps a fast pace and respects the movie-goer’s intelligence. If you don’t have stock in Margot Robbie, buy it. If you own some like I do, buy more. I doubted the franchise, but “Birds of Prey” reminded me that overwhelming talent can transform even the worst properties.