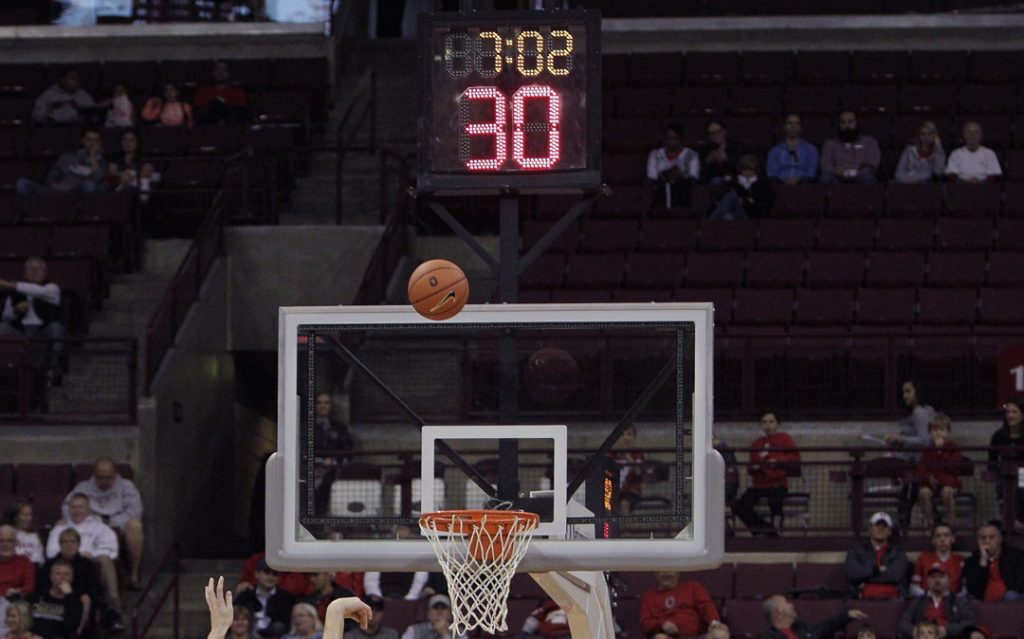 Should high school boys’ basketball become a scaled-down version of the NBA?

That may seem like an unwise question, but several states have taken perhaps the most important step toward that very thing.

While the National Federation of State High School Associations voted in May to reject a proposal to mandate a shot clock, eight states, including Pennsylvania neighbors New York and Maryland, use a shot clock anyway.

The idea of a pre-determined time to take a shot that hits the rim has been ongoing for years and it likely will remain that way as coaches debate the pros and cons.

Questioning the area’s coaches about it led to three responses. It’s not a large sample size, but some good points were made.

While Williams Valley’s Denny Kasper said without explanation that he would favor it, Pine Grove’s Frank D’Agostino and Schuylkill Haven’s Fran Murphy oppose it.

Murphy said the current ability to hold the ball and dictate tempo favors a team such as the Hurricanes.

“We are a small boundary-restricted public school. Every once in a great while, a school such as ours will accumulate a group of athletes who can compete with larger schools and other basketball-magnet schools,” Murphy said in an email. “Year in and year out, we share our athletes with other school sports so the athlete’s time to participate with us in offseason activities is very limited. Thus we do not get a great deal of time to get these kids repetitions in multiple offensive sets in the offseason.

“In addition, should the preceding sport (football) have an extended season, even our in-season practice time gets limited with these cross-over athletes.”

With those limitations, Murphy said his coaching philosophy changes. 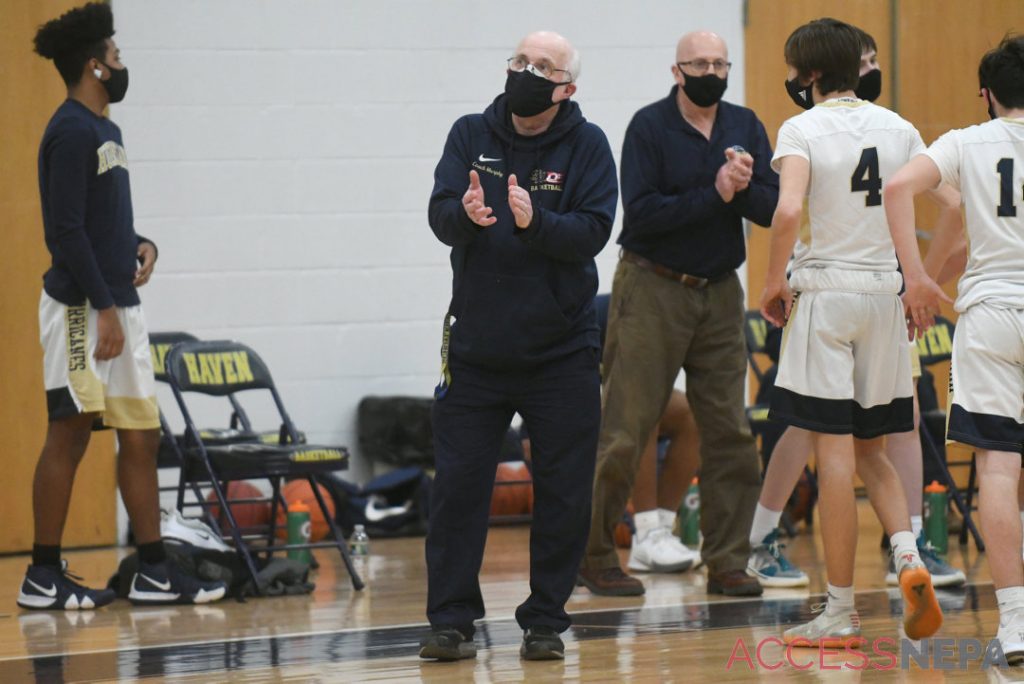 JACQUELINE DORMER / STAFF PHOTOGRAPHER
Schuylkill Haven head coach Fran Murphy, center, applauds during a timeout in a game against Weatherly on Jan. 22, 2021, at the CACL Center in Schuylkill Haven. Murphy is one coach who hopes the PIAA does not adopt a shot clock for high school basketball.

“I have found that if we concentrate on a limited number of plays and utilize a methodical, patterned and disciplined offensive attack — and concentrate on great execution of that limited set of offenses — we can better control the game tempo against more talented teams and limit their offensive possessions,” he said.

That, he said, allows less talented teams to stay closer to their opponents and produce a better brand of basketball.

D’Agostino said that if the national high school body mandates a shot clock, it should not hold back on the decision.

“If you do have them, you need to go all the way with them in junior high basketball and maybe extend the time frame they have to shoot versus JV/varsity, which should be shorter,” he said by email. “No less than 35 seconds and maybe 40 seconds for the varsity level.”

For now, though, D’Agostino, whose season was limited to 17 games by the coronavirus pandemic, said other priorities are important.

“We should try to solve the COVID mess first before we try it, though, in my humble opinion,” he said.

Chuck Curley covers boys’ basketball for the Republican Herald. Contact him at ccurley@republicanherald.com or 570-628-6019.