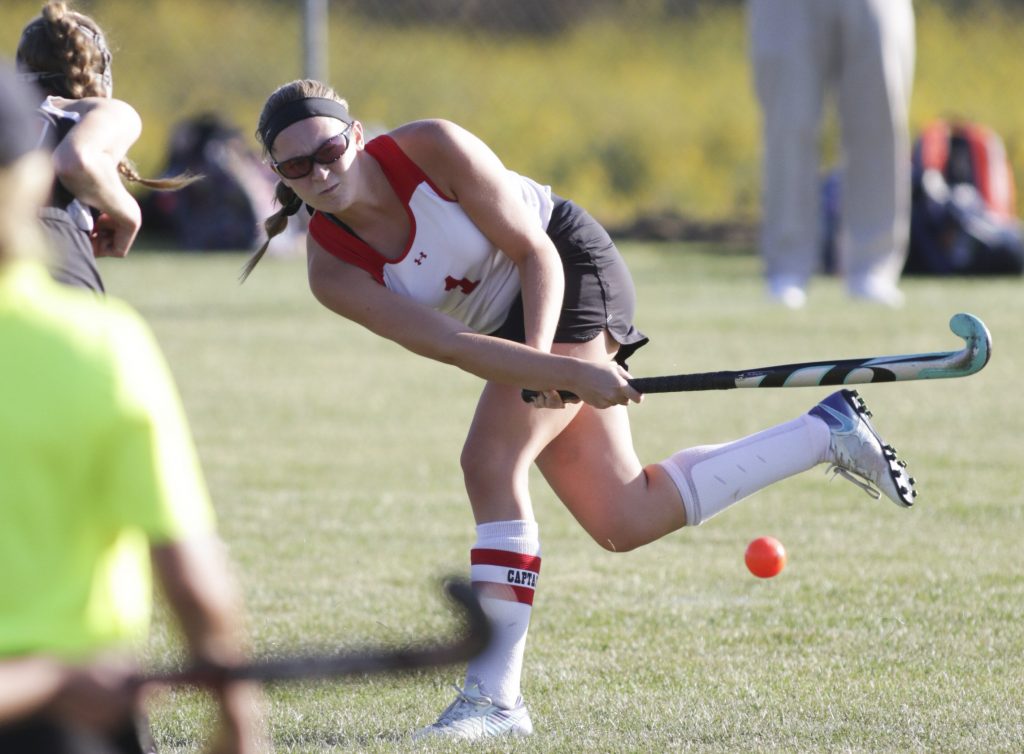 If there’s a way to limit the spread of COVID-19 in fall sports played at Pennsylvania high schools, the PIAA’s sport-specific steering committees likely discussed it.

Safety precautions were at the forefront of recent talks among the committees, whose discussion items were publicly released Monday on the PIAA’s website.

In soccer, for example, officials looked at how to curtail pregame, halftime and postgame interactions as a means of mitigating the coronavirus.

Rather than using “the pregame world cup introduction line,” in which players line up right next to one another and slap hands, members of the starting lineup should be sent right to their field positions. Bench players should line up on the touch line and observe social distance of at least 6 feet for pregame introductions.

Team huddles should be eliminated and coaches are encouraged to hold meetings with their team off the playing surface and using social distance. Cloth face coverings should be allowed.

There was one in-game mitigation measure that was discussed, too. When a ball crosses the sidelines, the ball holder is encouraged to use his/her feet to pass the ball back to a player. If passing by hand, gloves should be worn.

Ball holders were again a topic when the field hockey steering committee met via Zoom, a video-conferencing platform. It’s recommended they wear gloves when picking up balls and putting them back in play. However, it was also discussed that several balls should be placed behind the goal cage to limit the ball holder’s usage.

During penalty corners, members of the defense should not share masks.

When a player who’s been assessed a card is sent to the sidelines, they should be seated at a penalty chair at least 6 feet away from the scorer’s table.

The committee discussed what would happen if an athlete tested positive for COVID-19 amid the state championships. The consensus was the individual and/or team should be replaced if the positive test is revealed prior to the start of the PIAA tournament, but if the positive test is revealed during the tournament, the individual and/or team would likely have to forfeit. Players should wash or sanitize hands between sets and tennis balls should be marked to correspond to individual players.

Doug Bohannon, a representative of District 3, also tossed around a few ideas that he plans to implement in his district. Bohannon mentioned reducing the number of District 3 championship qualifiers, as well as trying to play as much tennis outside as possible if playing outside is safer than inside.

A recommendation was advanced to the PIAA Board of Directors that the number of 2020 PIAA Cross Country Championship qualifiers be reduced to the team champion and five individuals from each district.

Teams should provide water for each individual athlete, rather than using water stations and open cups. The use of team tents on site at events is discouraged.

The steering committee voted unanimously to recommend that, for this year only, teams are to remain on their same benches and same side of the court for the duration of the entire match. It also supports limiting the number of qualifiers for the state postseason.

Governor Tom Wolf’s order of limiting indoor events to 25 people was also addressed, which could lead to a limitation of the number of players on a roster — with junior varsity teams waiting outside gymnasiums in designated areas — line judges and administrative personnel.

Players can utilize electronic scoring for regular season competitions, said the steering committee. It also unanimously voted to recommend, if needed, that the PIAA Board of Directors can adjust the number of qualifiers for the state tournaments.