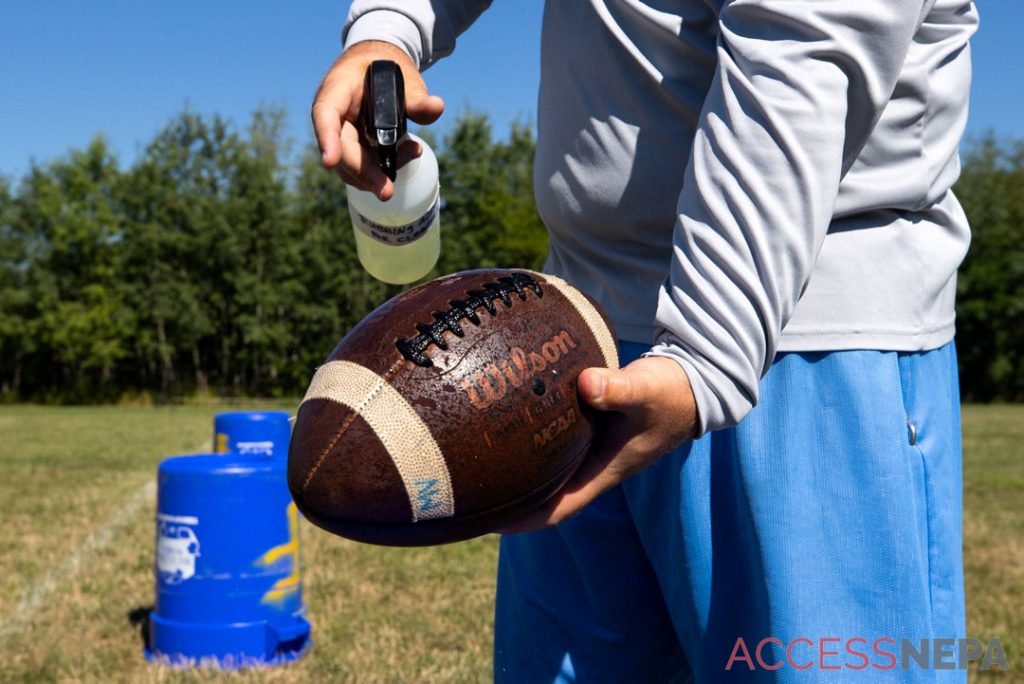 Wednesday’s meeting of the Pennsylvania Interscholastic Athletic Association’s Board of Control green-lighted the return of high school sports next month, but there are already warning signs that might not happen on time, if at all, in some districts.

The PIAA issued a 25-page document, “Return to Competition: Individual Sport Considerations,” focusing on what to do to have athletes and sports officials return to the fields of play for the first time since the PIAA basketball playoffs were halted before the quarterfinal round in March.

While that document lays out numerous precautionary measures for fall sports, including no fans at events for now, it doesn’t give specific direction to school districts. School districts can begin their seasons on the original date — Aug. 10 for football heat acclimatization and practice for all sports one week after that — or choose to delay them and start later.

“When it comes to leading up to what we all love, Week 1 of the high school football season in the state of Pennsylvania, the hundreds of thousands of athletes who will be there, what testing regimen does PIAA have in place? None,” Mahon said. “So there inevitably will be asymptomatic spread of the disease through the interaction of the teams in an activity that is designed for the spread of COVID.

“Even if we get through the first week without having our own players coming down with it, it’s an easy thing to think that Wednesday before our next Friday game, our principal gets a call that an offensive lineman on a team we played last week is a confirmed case. Then, every one of our players was in close contact to that player and we’re shut down for two weeks at that point by necessity.”

At its meeting, the PIAA outlined possible scenarios for schools to start the fall sports season on time, but left it up to individual school districts when, or if, to start those seasons, giving options for up to three dates to begin — as regularly scheduled in August, mid-September as an alternate date, or early October for a hybrid plan.

“We are aware of the PIAA decision on fall sports as a local decision,” said Melissa McTiernan, superintendent of the Scranton School District, the largest member of the Lackawanna Interscholastic Athletic Association, which encompasses 24 schools in Lackawanna, Pike, Susquehanna, Wayne and Wyoming counties. “Currently we are collecting data and meeting with health officials. We will use that information as we review fall athletics and extracurricular activities.

“The board is scheduled to vote on a reopening plan on Aug. 10. This could affect the school board’s decision on athletics. The PIAA has made a decision and we will move forward in the best interests of our student-athletes.”

Abington Heights is one of many Lackawanna League school districts where preseason conditioning for all sports has been halted. What happens when legal practices can start remains to be seen.

“I want to be clear, we want to find ways for sports to occur in the fall, and I think very good cases can be made for some sports, like tennis or golf, where we are not sweating on each other for two hours,” Mahon said. “Let’s have that discussion. I think that’s the level of detail and sophistication we need to bring into the conversation, not simply saying, let’s see what happens on Aug. 10. We cannot subscribe to that viewpoint right now at Abington Heights.”

In large part, that’s because Abington Heights, which like Valley View has announced an all-virtual learning to the start of the academic year, is simply trying to find ways to open the doors safely.

“We are, as everybody knows in all our local school districts, very focused on trying to open the doors in the fall to our kids,” Mahon said. “Frankly, we’re struggling to accomplish that. We’re talking about 6 feet versus 3 feet of space, our youngest kids having masks, social distancing through the building, asking parents to drive their kids to school instead of ride the school bus to try to preserve safety.

“We are having a very hard time reconciling those efforts, which we’re not even sure will be successful, with the idea of taking 80 (football) athletes, 40 from each team, from two very different geographic regions, revving up those kids so they are respirating and sweating at the highest possible level, and then having them go face-to-face, with collisions and piles over a period of two hours.

“Then have them, two days later, in school, in the school setting, sitting next to our students who are diabetic, asthmatic or immunocompromised. We’re trying to reconcile those two issues, and we are having a very hard time with it.” 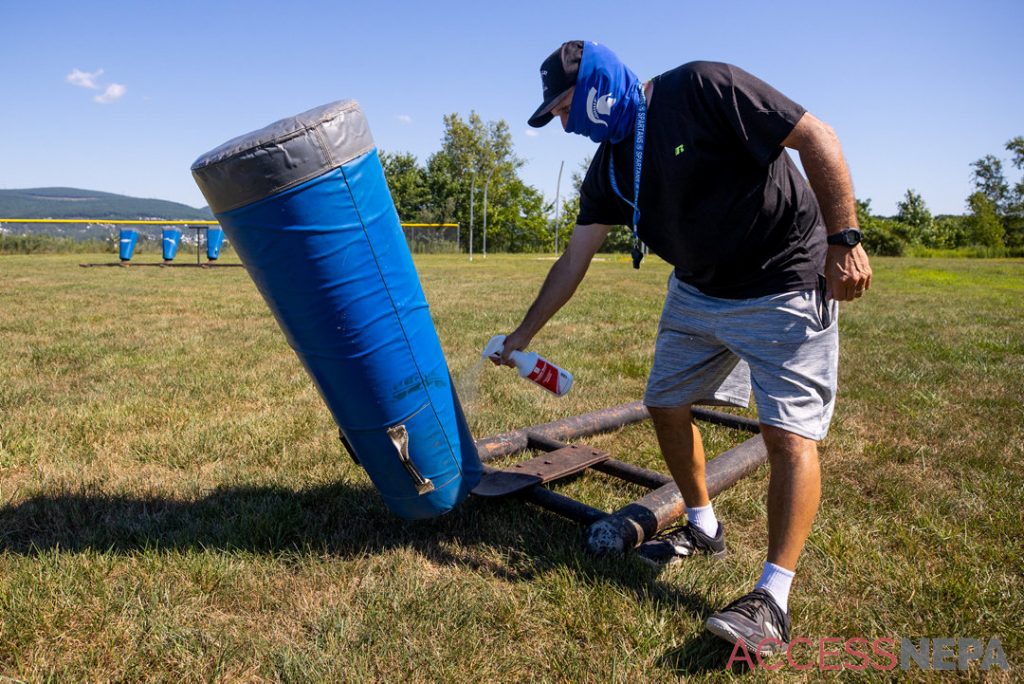 The PIAA guidelines in place are rigid and could stop the spread of the virus at practices and in workouts, Mahon said.

“I’m very confident that the 90 minutes our football players would spend training with (head coach) Joe Repshis would be their safest 90 minutes of the day when it comes to the spread of COVID. But the reality is, just from our anecdotal observations, is that kids are driving to practice together and they’re driving home from practice together. They’re going swimming with each other.

“So we delude ourselves into thinking because we are good for 45 or 90 minutes when we are practicing, that somehow that will dampen the spread of COVID in our community, because it won’t.”

Mahon cited the problems of the Florida Marlins last weekend, with 18 players and staff testing positive for COVID-19, as well as the quarantine procedures in place for the Michigan State and Rutgers football teams.

“I’m suggesting if high schools want to have high school sports, it’s going to unwind. Quickly,” Mahon said. “To cite an example, Michigan State and Rutgers, their entire football teams are in quarantine, and they didn’t even play a game. I would suspect not because of what happened during practice, but because kids are kids and they went out and encountered this outside of practice and brought it back to practice. And now, MSU and Rutgers are shut down because they couldn’t figure out how to do it. I think any suggestion that our teams won’t be facing the same results, I think is inconsistent with experience.