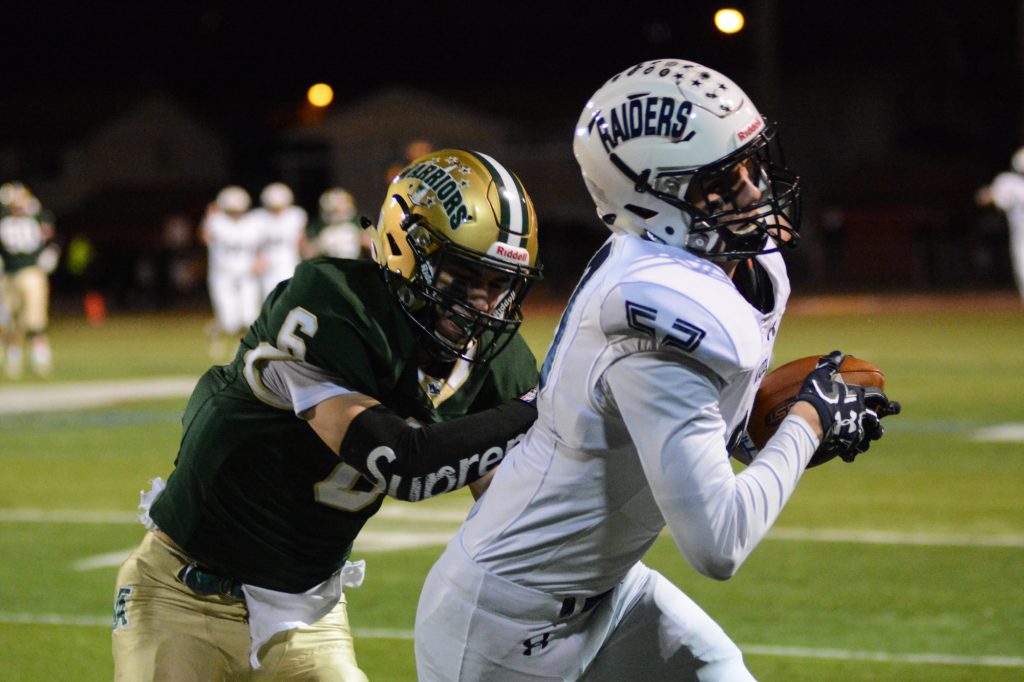 The complicated road to having more fans in the stands at high school sporting events took another turn.

On Wednesday, the Pennsylvania Interscholastic Athletic Association, the state’s governing body for scholastic sports, reinforced to schools that Wolf’s limits are not mandatory, and schools should make their own decisions — for now — about spectators.

“The spectator limit, I think the best way to say it is this, the judge ruled that 25 (for indoor events) and 250 (for outdoor) were unconstitutional and overbroad,” PIAA Executive Director Robert Lombardi said. “We would recommend to the local schools to engage their local school solicitor and their board to come up with a decision on how they will handle spectators.”

“We would encourage them to have families, mom and dad, grandma and grandpa, there, especially in a supervisory capacity, because we have already heard stories of young people getting hurt (at sporting events) and having to get on the phone to call somebody, and we don’t think that is a healthy setting.”

Last month, the state House of Representatives and the Senate passed House Bill 2787, which granted schools the authority to establish crowd limits. Wolf vetoed the bill Monday, but Wednesday the House failed to get the two-thirds majority vote it needed to override the veto. Wednesday’s vote was 130-71 to keep Wolf’s veto. The original vote to eliminate the limits was 155-47.

On Sept. 14, U.S. District Judge William S. Stickman IV ruled the gathering limits were unconstitutional, which keeps the door open for schools to make the decision. Wolf requested a stay, which has been denied, but he also filed an appeal to the 3rd Circuit Court. If Gov. Wolf wins the appeal, the limitations would revert to 25 and 250.

The Lackawanna Interscholastic Athletic Association on Wednesday told individual schools to formulate plans for attendance at home venues, stating it will not levy a policy for all schools to follow because of different situations at each school.

“I don’t think that we need an LIAA all encompassing policy,” LIAA president and North Pocono principal Ron Collins told principals and athletic directors Wednesday at a meeting ahead of the PIAA meeting. “There is not a one-size fits all and I think it should be up to the individual school districts.”

Riverside, the lone school in the Lackawanna Football Conference competing ahead of the delayed start date of Oct. 2, hosted Academy of the New Church last Friday and stayed within the 250 limit. It also held its Senior Night activities and issued two tickets to senior members of the football team, cheerleading squad and band. The game was closed to the public and the school broadcast the game.

Superintendent Paul Brennan said there is time to address its spectator policy since the Vikings play at home again until Oct. 16.

“A lot can happen in the meantime.”

Meanwhile, there is a sense of urgency with girls volleyball.

The limit of 25 people in a gymnasium is restrictive. There are six players per team on a court at one time, two coaches, two officials, two line judges and three at a scorer’s table. That puts the total at 21, leaving room for two reserves each on the bench. The rest of the team and assistant coaches must wait in a corridor.

“The 25 is a problem more than anything because of girls volleyball and having kids sitting out in a hallway,” Lombardi said. “We are trying to ask schools to make their own assessment and decision based on their legal advice and the decision-making of their board.”

The Lackawanna League started play last week. Montrose, Lackawanna Trail, Elk Lake and Dunmore host volleyball matches Thursday, but changes to the 25-person limit are not likely to be implemented that quickly.

“We probably won’t do anything until Monday at the earliest after administrators have a chance to talk with the school board members,” said Montrose athletic director Joe Gilhool, who is the president of the athletic directors group of the LIAA. “You have people in a hallway seeing if they are going to substitute into the game. It just doesn’t work.”