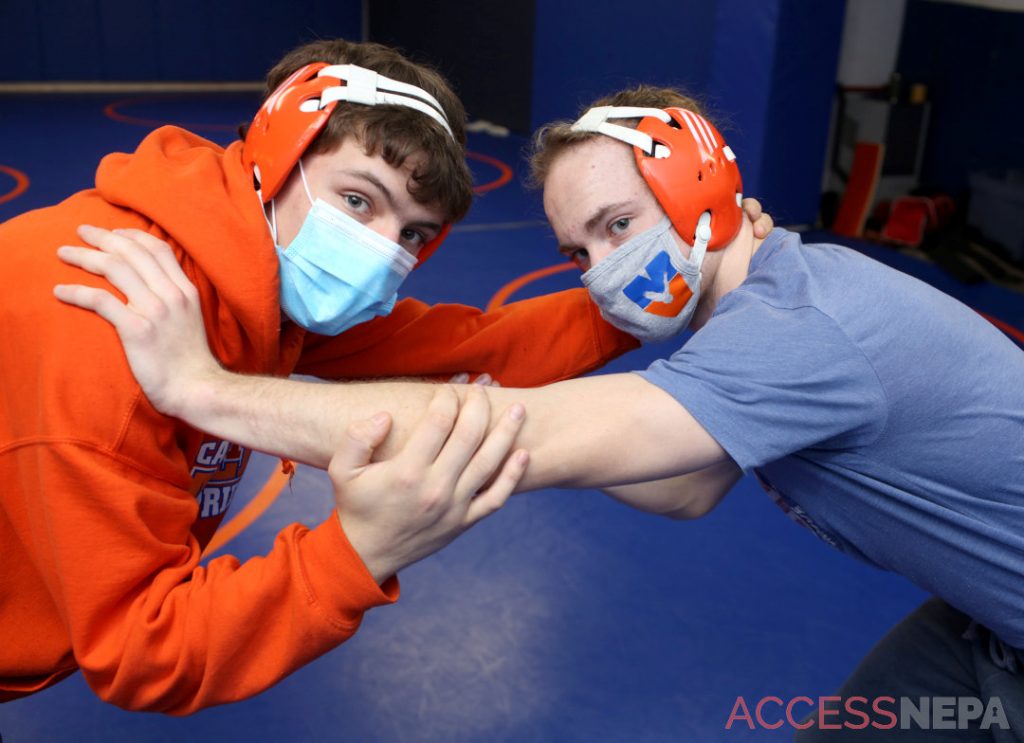 Two varsity wrestlers can only do so much to combat squads who fill more of the 13 weight classes.

Mountain View had eight wrestlers compete last season. The numbers dipped to two after graduation, families moving and coronavirus concerns. In an effort to protect its athletes, the school board voted for its winter sports teams to compete against only Susquehanna County teams and Lackawanna Trail because of the number of COVID-19 cases in other counties. While this didn’t affect league play for the boys and girls basketball teams, wrestlers couldn’t compete against Lackawanna League Division II opponents Western Wayne, Honesdale and Scranton Prep.

“This year it was really hard because I was only seeing half of my school,” Ofalt, a junior, said.

That didn’t stop Ofalt, as he continues to find new ways to spark his peers’ interest in wrestling. He recently edited a video of highlights from the Eagles’ season.

“I had one of the junior high kids record our matches and I edited clips of the takedowns and back points and pins,” Ofalt said. “I got it on the announcements, and I had a kid who was looking for me and he wants to wrestle because he saw that video.”

Now that Ofalt is an upperclassman, he’ll target the younger kids for next season.

“We plan on having at least nine guys,” Ofalt said. “I want this wrestling program to get built up to what it was when my dad was in high school. These kids have to get those experiences. I hope that’s what the team, after I graduate, is able to do.”

In the meantime, Ofalt and Jones are a team of two. That makes the practice room scarce, but they get the work in with the help of their coaches.

“My assistant and I scrap with them,” Mountain View coach Kenny Decker said. “We let them drill and then teach them, and then we wrestle with them a little bit. Give them a little different partners.”

Ofalt and Jones are also in different weight classes. Ofalt wrestles at 152, while Jones competes at 172 and 189. Jones sees the benefits in a small practice group and working directly with people at different weights.

“During practice it allows you to work harder and (the coaches) could work in-depth with each of us,” Jones, a senior, said. “It’s kind of a normal thing. I like the challenge of wrestling heavier people and lighter people are more technical.”

The work paid off as each earned a 3-1 record in the regular season. Mountain View lost three of its four matches because of a numbers disadvantage.

“The main thing is we knew it was going to be an individual year,” Ofalt said. “The way we look at it is we see how our matches went and we celebrate from there. As a team, we won.”

“I can see the improvement my coaches have given me,” Jones said.

Ofalt’s only loss proved the most enlightening to the junior. Lackawanna Trail’s Dalten Klinges defeated Ofalt by a 4-2 decision, but something clicked for the Eagles wrestler.

“He’s beaten me all the previous years, but in our last match I flipped the switch in the last 30 seconds,” Ofalt said. “Once I did that I realized I could beat anyone. Now I know what I’m capable of.”

Now both have their sights set on the District 2 Class 2A championships, which are scheduled for Friday at 1 p.m. at Mohegan Sun Arena. 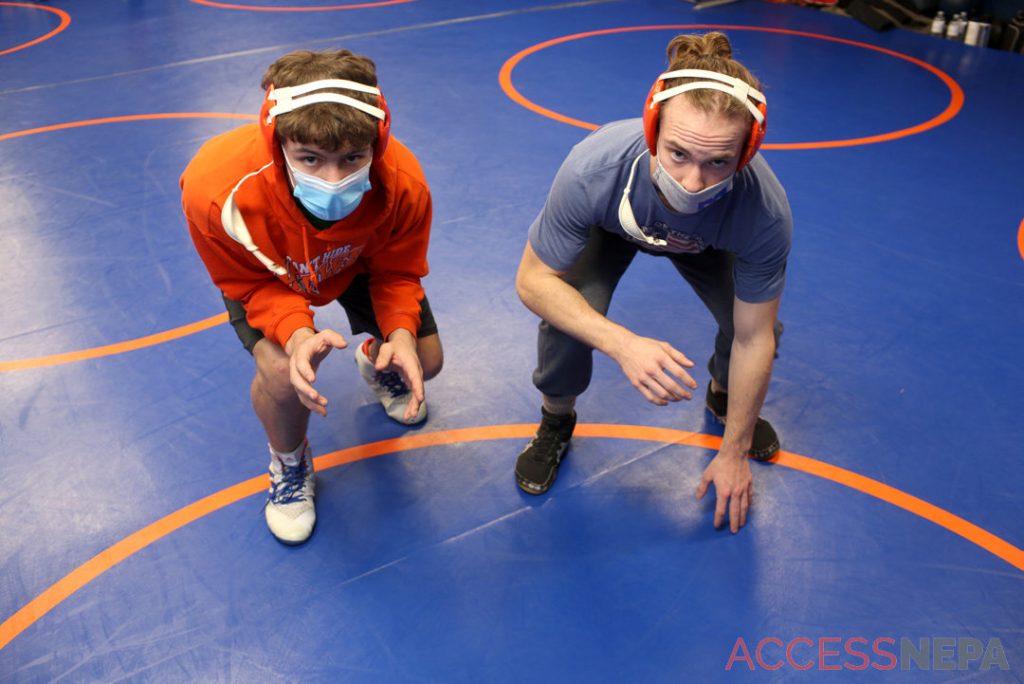 Jones earned the No. 3 seed at 172 and has a bye into the quarterfinals. He will face the winner of the preliminary bout between Western Wayne’s Carter Mistishin and Scranton Prep’s Benjamin Frederick.

“I want to make it to regionals,” Jones said. “I know it’s hard to do but that’s my goal this year.”

He may need to beat Williams, the No. 2 seed, again if both reach the semifinals to secure that opportunity. The top three finishers qualify for the Northeast Regional.

Ofalt (152) is seeded fifth in one of the toughest weight classes in the district. He’ll open the tournament against a former district champion, Wyoming Area’s Cooper Price, in the quarterfinals. The bracket also includes two state qualifiers in Western Wayne’s Matt Leslie and Lake-Lehman’s Josh Bonomo. However, Ofalt won’t shy away from the challenge.

“Nate is the heart and soul of the team,” Decker said. “He has been pretty solid and consistent. He comes to practice every day. He even kicks the crap out of me at practice. He’s a hard worker and a pusher. He wants to get better. He’s learned a lot and he just constantly wants to push and get himself better and I hope that will make him successful come Friday.”

Both hope their impact on Mountain View wrestling goes beyond wins, losses and postseason achievements.