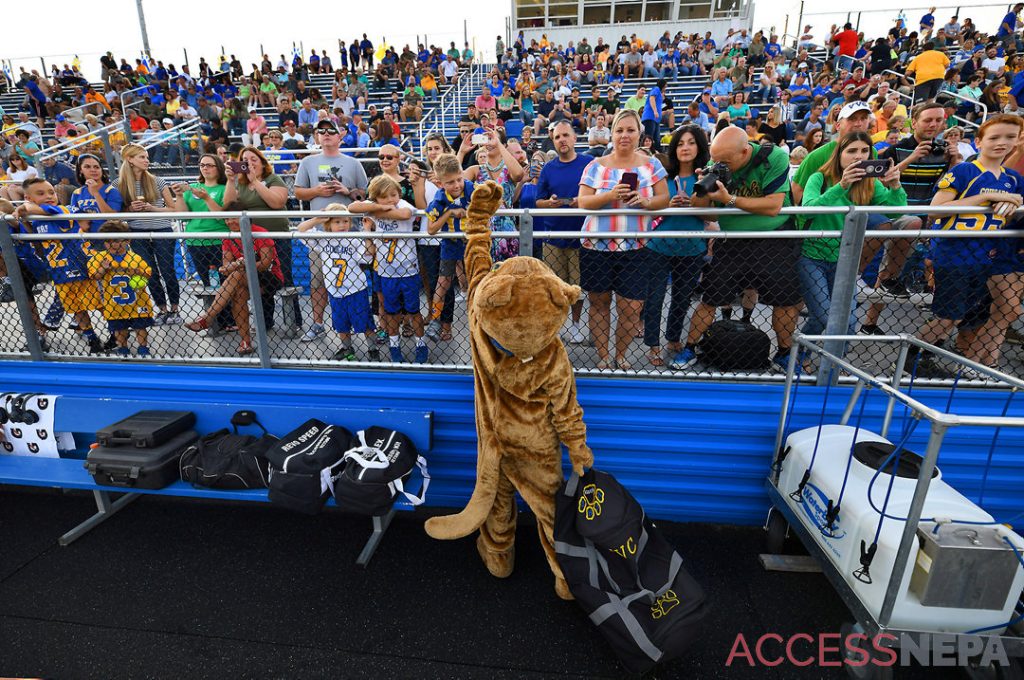 No fans in stands for upcoming school sports

The Pennsylvania Interscholastic Athletic Association has been steadfast in its following of the guidelines and directives set forth by the governor’s office and the Department of Health in all considerations involving the coronavirus pandemic.

One of the guidelines handed down by the Department of Health and Dr. Rachel Levine clearly states that there will be no spectators at events involving students and student-athletes in kindergarten through 12th grade.

When the PIAA board of directors convened virtually on Wednesday afternoon, the plan was to go forward with the start of the fall sports season as planned.

That meant heat acclimatization week for football teams will begin on time with an Aug. 10 start date, with the official start date of fall practice for the 2020 season to begin for other sports teams on Aug. 17.

As of now, based on the state’s guidelines, those competitions will be held without spectators.

“That is following the guidelines from the Department of Health,” said District 2 chairman and PIAA president, Frank Majikes. “Dr. Levine said in K to 12 no spectators. That is all activities.”

A statement issued by the PIAA on its website Thursday afternoon regarding spectators at events states, “Any sports-related activities in yellow or green-phased counties must adhere to the gathering limitations set forth by the governor’s plan for phased reopening (25 in yellow, 250 outdoors and 25 indoors in green) and the facility as a whole many not exceed 50% of total occupancy otherwise permitted by law. During the yellow and green phases of reopening, sports-related activities at the K-12 level are limited to student-athletes, coaches, officials and staff only. The addition of visitors and spectators will be contingent upon future health conditions within the state and local communities.”

Majikes added that if the guidance from the governor’s office or the Department of Health changes, the PIAA will adjust accordingly under those guidelines.

“It could change,” Majikes said. “It is all contingent on data received for possible revision.”

Unless the data changes or new guidelines are handed down, the big opening weekend football game between Southern Columbia and Berwick scheduled for Aug. 29 at Crispin Field will be held with no fans in attendance.

Using football as an example, if a visiting team arrives with a travel party of 60 and the home team has a party of 60 including players, coaches, team doctor, trainer and other personnel essential to team operations, that would count as 120 individuals. Adding in game officials, other personnel deemed necessary, that number hypothetically could rise to 140. Based on the current guidelines that would be the cut-off and nobody else would be allowed in the stadium.

According to state guidelines band members and cheerleaders fall under the category of spectators based on the governor’s office, Department of Health and Department of Education.

Wyoming Area is traditionally one of the top schools in the conference in attracting its fans to games at home or on the road. No matter the opponent, the Warriors generally play their home football games in front of large crowds. Those same fans typically follow the team on the road. 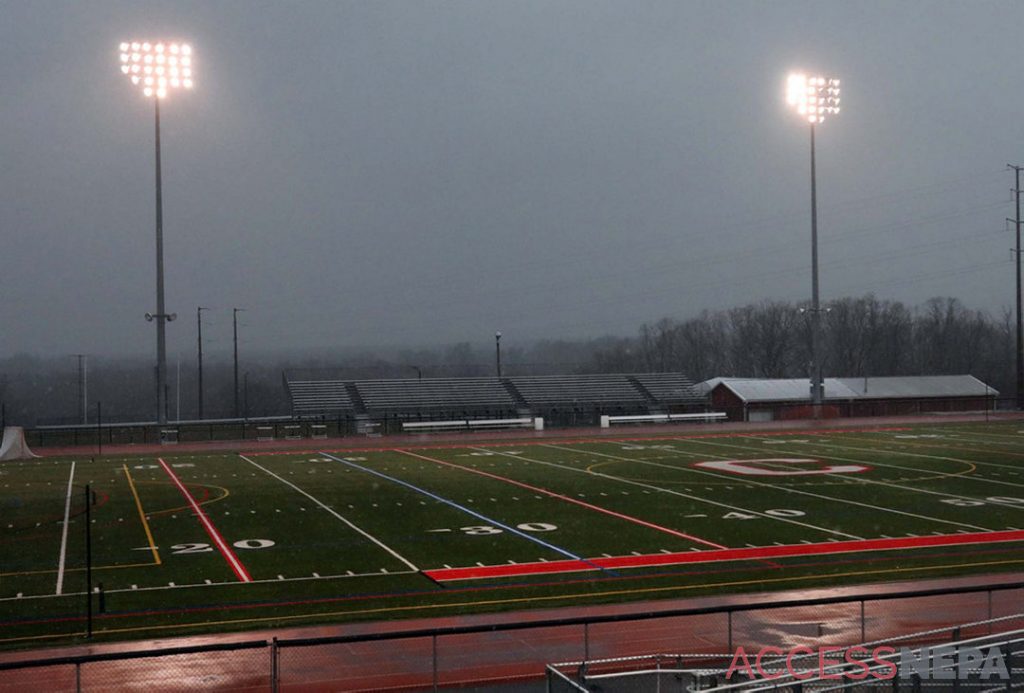 ACCESS NEPA FILE
Lights shine at the Crestwood football stadium earlier this year. State coronavirus precautions mean no fans will be in the stands for school sports.

“It’s going to be weird, it is going to be different,” said Joe Pizano, Wyoming Area athletic director and assistant football coach. “When you’re playing a game you don’t hear fans anyway. We are just going to try to make it as normal as possible. I’m watching baseball games and there are no fans there. I don’t know if we will play music or the sound of a crowd. Nobody really knows.”

The trickiest sport in the fall to be able to pull off based on the guidelines of allowing gatherings of no more than 25 people indoors will be volleyball, the only fall sport played indoors.

With no more than 25 people allowed indoors, the sport could see significant alterations. According to Maureen Williams, a District 2 committee member who sits on the state’s volleyball steering committee, approximately 15 medals are awarded at district championships matches to each team. Some teams may have significantly more players on the roster, while other programs may have less.

There are six players per team on the floor during a match, two officials, each team usually brings two coaches and there are three people at the table; a scorer, timer and defensive specialist. There could be eight or nine players, possibly more who will play in a match based on substitution rotations. For a varsity volleyball match, roughly 15 players will be dressed in uniform per team, already taking it over the allotted 25 maximum before coaches and officials and other essential personnel are taken into account.