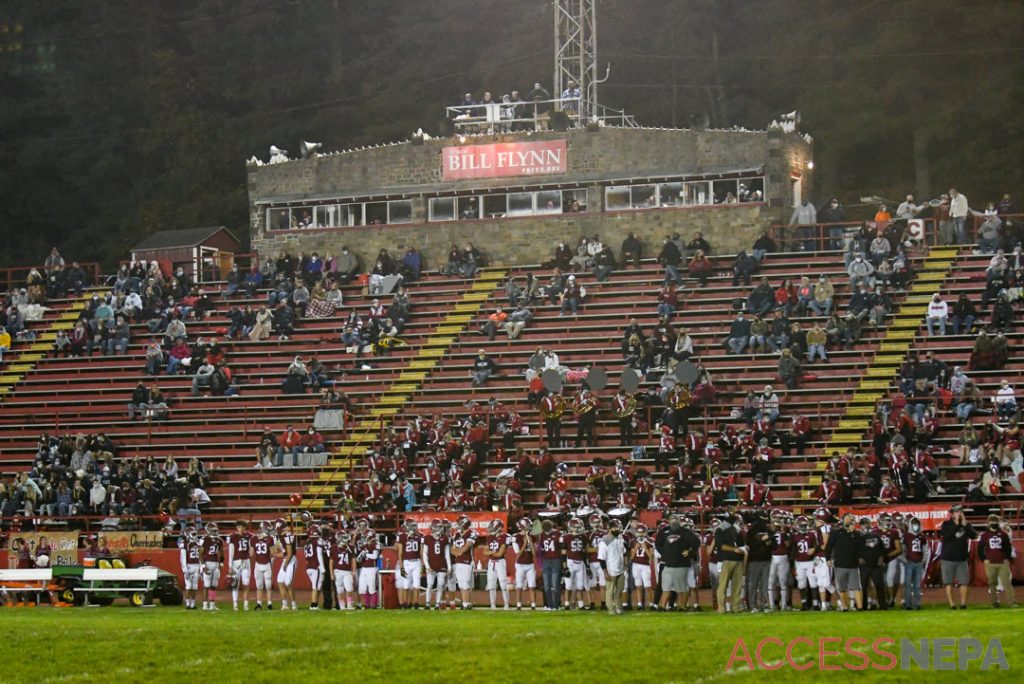 Local school districts are looking to increase fan attendance at sports events now that the state has amended guidance to allow venue occupancy limits to play a bigger role in determining capacity.

State officials released a calculator for capacity for indoor and outdoor gatherings based on maximum occupancy.

It won’t just be Blue Mountain fans that will be allowed in. Morgan said he estimates 300 vouchers will be handed out to Blue Mountain players, cheerleaders and band members, 100 will be given to Tamaqua fans and 150 will go to other Blue Mountain seniors and Blue Mountain community members.

The rules are different for home soccer and volleyball games. Fans for Blue Mountain and visiting teams are already allowed at soccer matches, but the number of fans for volleyball games is limited. The school’s gym has a capacity of 1,500, meaning 300 people would be allowed in, Morgan said. Like the football team, volleyball players right now get two to three vouchers for a home game, and one or two for away games.

For North Schuylkill, which plays Marian at home on Friday, the guidance doesn’t change the rules when it comes to occupancy in Spartan Stadium, Athletic Director Jim Gross said.

The stadium capacity is about 3,300, Gross said, meaning 600 people are allowed inside. Vouchers are given to players, cheerleaders and band members to purchase tickets at home games.

No fans were allowed to the first home football game on Sept. 18, but the vouchers were distributed for the game the following week. Gross said Friday’s game will be the first where fans from the visiting team can attend, with Marian giving vouchers to its players.

“We built up to this,” Gross said of visiting fans at Friday’s game.

For home volleyball and soccer games, anyone can purchase a ticket to a game, but all attending have to have their temperature checked and undergo a health screening prior to the admittance. While fans coming into football games are assigned seating to allow for social distancing, those at soccer and volleyball games are expected to space out on their own, he said.

Williams Valley Athletic Director Ben Ancheff said officials there are figuring out who will get tickets to home games. Before the new rules were issued, all players, band members and cheerleaders were offered two voucher tickets for home games. The school is scheduled to play Panther Valley at home on Friday.

He added that he was figuring out how the updated rules will play out with the current capacity at Viking Stadium. It has a seating capacity of 1,535, which comes to about 383 people allowed in. The school board will likely discuss revising the district’s rules on sports attendance at its meeting Thursday, Ancheff said.

The governor’s announcement states that attendees have to follow social distancing requirements, wear masks or face coverings and implement best practices such as timed entry, multiple entry and exit points and have multiple restrooms and hygiene stations.

Minersville, Pine Grove, Shenandoah Valley and Tri-Valley also host football games on Friday. Attempts on Tuesday to get information on protocols for those games were unsuccessful.