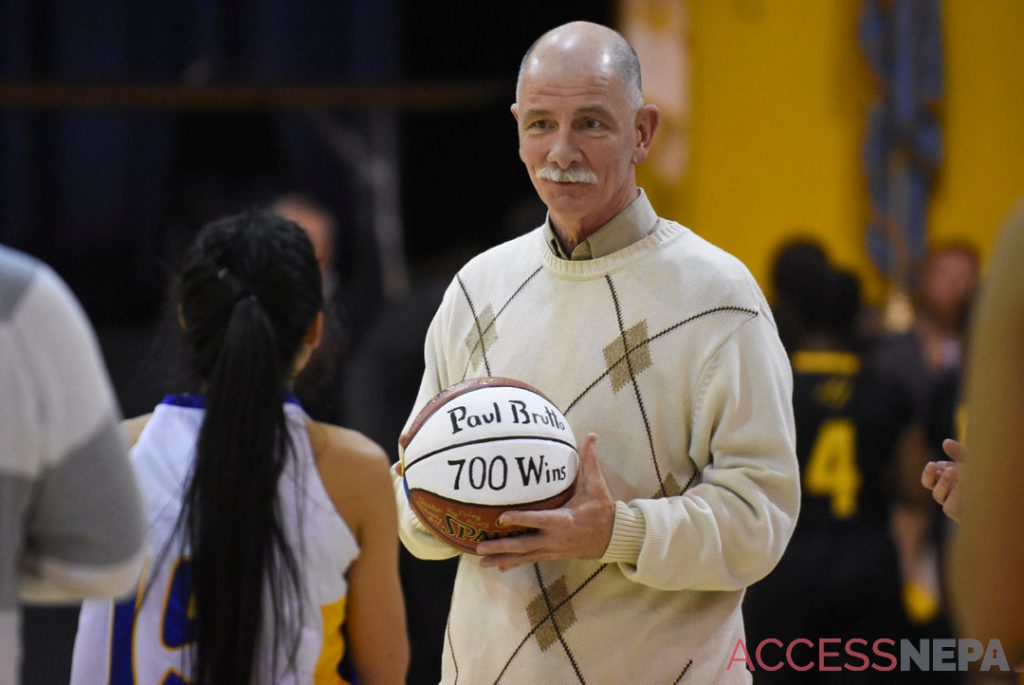 On Tuesday evening, Marian Catholic High School’s Paul Brutto announced that he will be retiring from his post as the the school’s head girls’ basketball coach.

Brutto has been the Fillies’ leader for the last 31 years, accumulating an impressive school-record 610 wins and numerous championships along the way.

Prior to his time at Marian Catholic, Brutto was the head coach at Shenandoah Valley High School. In 10 seasons with the Lady Devils, he led them to more than 140 wins and to the 1985-86 PIAA Class A Eastern Final.

Overall, he has been a head coach in the rugged Schuylkill League for four decades seasons, amassing an incredible 754 wins.

His tenure at Marian began in 1991. In addition to the 610 wins, Brutto’s Fillies captured several Schuylkill League and District 11 championships.

Additionally, he led his Marian Catholic teams to the state tournament on a regular basis, with the Fillies becoming a perennial fixture at the PIAA state level. Under Brutto’s leadership, the Fillies reached the state final four times, culminated by the 2007-08 PIAA Class A state championship.

In his final season as head coach in 2020-21, he guided a young Fillies team to the district championship game, falling to rival Nativity in the final.

He is a member of the Marian Catholic High School Hall of Fame, being inducted in 2008.

In a press release from the school, the administration thanked Brutto for leadership and the stability and success he brought to the program.

“The Marian Catholic Administration sincerely thanks Coach Paul Brutto for his service and success that he’s brought to the Marian Catholic Girls’ Basketball Program over the last 31 years,” the press release read.

Brutto will continue to educate the Marian Catholic community in the classroom as a Social Studies and History teacher at the high school.

Marian will begin its search for a new girls’ basketball coach immediately and will be accepting applications through July 30, 2021.ls bas