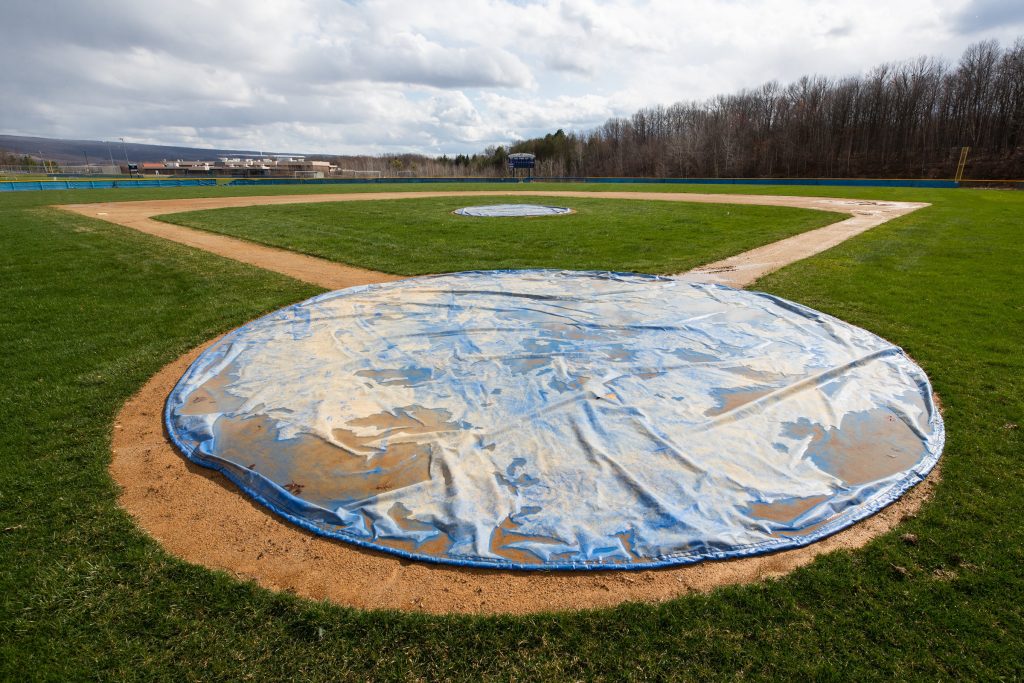 Carlo Possanza received the text message from his coach he’d been dreading for weeks.

His senior year as a tennis player at Valley View ended before it began.

An announcement from Gov. Tom Wolf on Thursday ordering that Pennsylvania schools remain closed for the remainder of the academic year resulted in the ending of interscholastic athletic events as well.

“It’s really hard to express my emotions right now,” Possanza, 18, said. “The majority of our team is all seniors and all of that work we put in and the friendships we built within the team, it’s just gone now. These are tough times that we are going through.

“But, the health and safety of everyone is the most important thing.”

Last season, Possanza finished with a 14-5 record, reached the District 2 Class 2A quarterfinals and earned All-Region honors for the Cougars.

Tennis is the only sport he competes in during the school year.

“I am not going to continue to play tennis in college, so this is hard,” said Possanza, who plans to study biology at Bloomsburg University. “I have been playing sports since I was a kid and it just comes to an abrupt end.

“It’s very disappointing, but what can we do.” 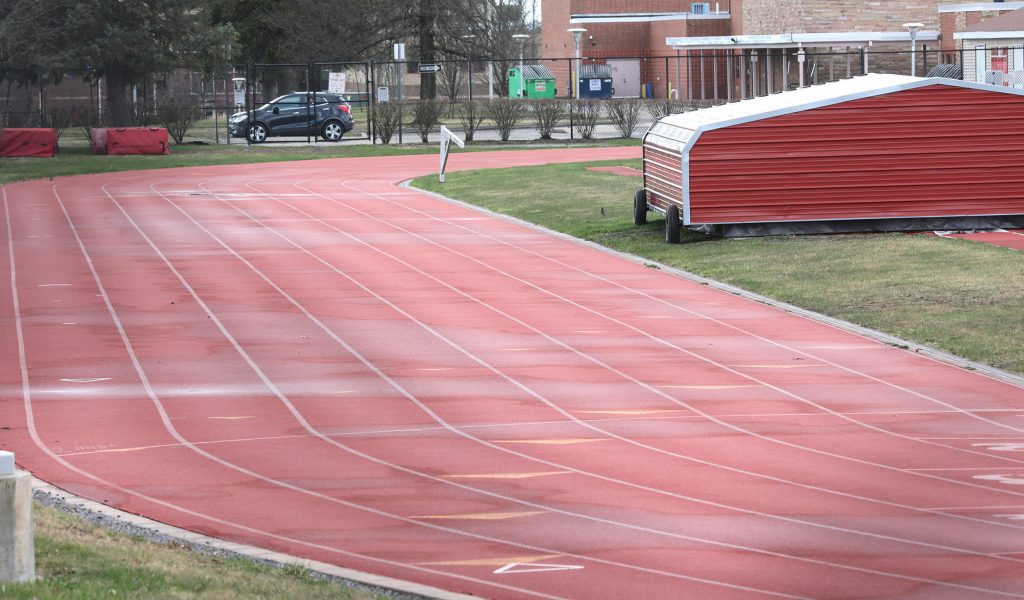 WARREN RUDA / STAFF PHOTOGRAPHER
The track at Cougar Park in Hazle Twp. sits empty on Wednesday. The PIAA announced Wednesday that all remaining winter and spring sports seasons have been cancelled due to the coronavirus pandemic.

Spring sports athletes were into the second week of workouts when organized practices ceased and schedules were postponed.

Now they are canceled.

“I had a state championship in my eyes, but now that’s all gone,” said Holy Cross pitcher and University of Massachusetts recruit Jenna Bradley, who struck out a Lackawanna League-record 307 en route to being named Pennsylvania’s Class 2A Player of the Year. “It’s tough. This team was pretty talented and if anybody was going to do good things, it was this one.”

Not competing with longtime friends and teammates adds to the angst.

“It’s heartbreaking,” Bradley said. “That’s what kills me on the inside is knowing that I’m never going to get to play girls like Keelan Schimelfenig again. We’ve been together playing since the seventh grade. We got voted captains this year and this was kind of our year.

“This team had really big goals and I think everybody bought into what coach (Joe) Ross was saying and we weren’t scared of taking on anybody.”

Many continued to hold individual workouts at home or followed coaches’ programs online. Many held out hope for, at worst, an abbreviated season.

And the world for these soon-to-be graduates is changed.

“You see these types of tragedies in movies, it seems so unreal what is happening,” Delaware Valley senior lacrosse standout Josh Balcarcel said. “It’s hard to cope with and grasp. I am trying to stay as active as I can, but I have my days where I just reflect and get a little emotional about the end of school and not being with my friends or my teammates building those memories you dream about for your senior year. There are definitely days when I am sad and moping around the house. But now I have to get ready for college.”

Balcarcel, who is also an All-Region football player, will play lacrosse at Marist College. He ends his career with 154 goals and 111 assists.

“Having the end of the school year and spring sports taken away from you, it’s like a double whammy,” Balcarcel said. “It’s hard. Everyone is going through it, though. I’m sad for everyone around the world. 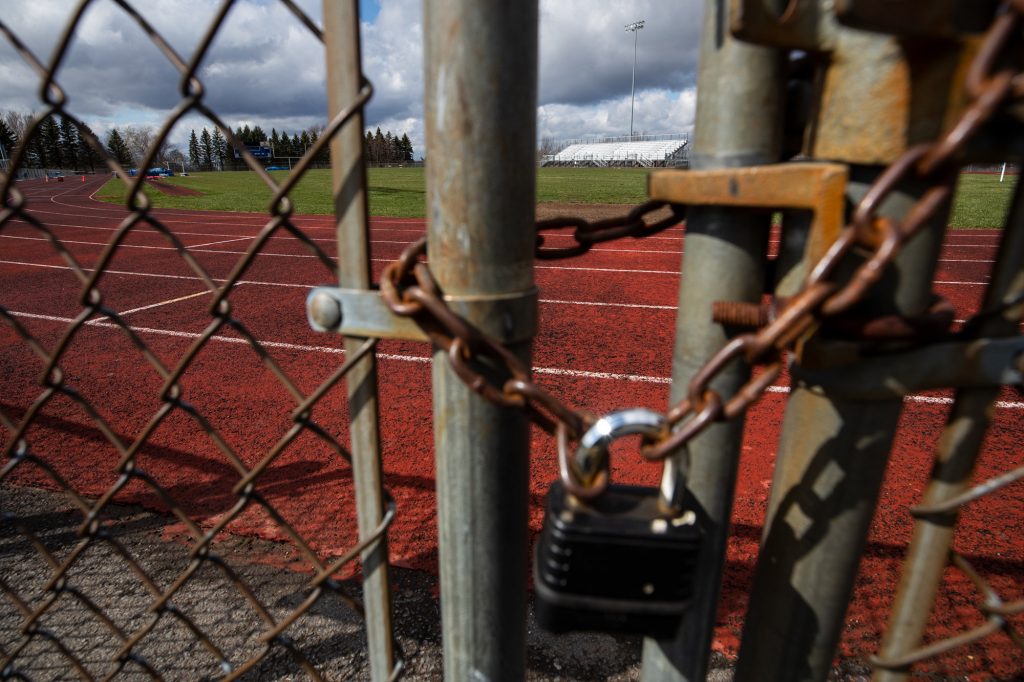 ‘A lot harder pill to swallow’

Valley View baseball fans were expecting this to be the year.

With a senior-laden squad, the Cougars had their sights set on challenging for a state championship in Class 4A, as it did two years ago when it reached the final but lost to Ringgold.

Now, senior Dixon Black, a two-time Times-Tribune All-Region selection and Monmouth University commit, and his teammates won’t get that chance.

“It definitely is a lot harder pill to swallow,” Black said. “Since Little League, people have been preparing for this particular team when we were seniors. People were expecting a lot out of us and we certainly weren’t going to shy away. I think this year we definitely could have made another run.”

Dunmore was another team that had high hopes. The Bucks lost one senior from last year’s team that won nine of its final 12 games and reached the District 2 Class 3A semifinals before losing to eventual champion Lake-Lehman.

“It’s really disappointing,” senior outfielder Steve Borgia, a Times-Tribune All-Region selection last season, said. “We had a great group of guys coming back. We had a lot of opportunity this year to do something good and make it special. This is going to have a big impact on us. It’s going to hurt for a while.”

Honesdale’s Caleb Martin, a Winthrop University commit, was excited for a bounce-back campaign. An injury limited his pitching last season and relegated him to just batting and playing the field.

“After being hurt and not having the best year as a junior, I was really looking forward to my last year of playing ball in high school,” Martin said. “I really wanted to come out and have a great year as a senior, run it up and just do well. Obviously, now I can’t do that.

“But you just have to accept it and move on. It is what it is.”

Black and Martin have the opportunity to continue their careers in college. Anthony Marsico isn’t as fortunate. The Old Forge senior third baseman, who was a Lackawanna Division III coaches all-star honorable mention last season, is going to Johnson College to study electrical construction. Since the school doesn’t have a sports program, his playing days are done.

“I was really looking forward to my senior season, especially since I had a pretty good season last year myself,” Marsico said.

“We had everyone returning but two people. Considering we won districts last year, we figured we’d have a good shot at making a run in states this year. Now we’re not even going to have an opportunity to at least play. We can’t even say we had a good season or anything.”