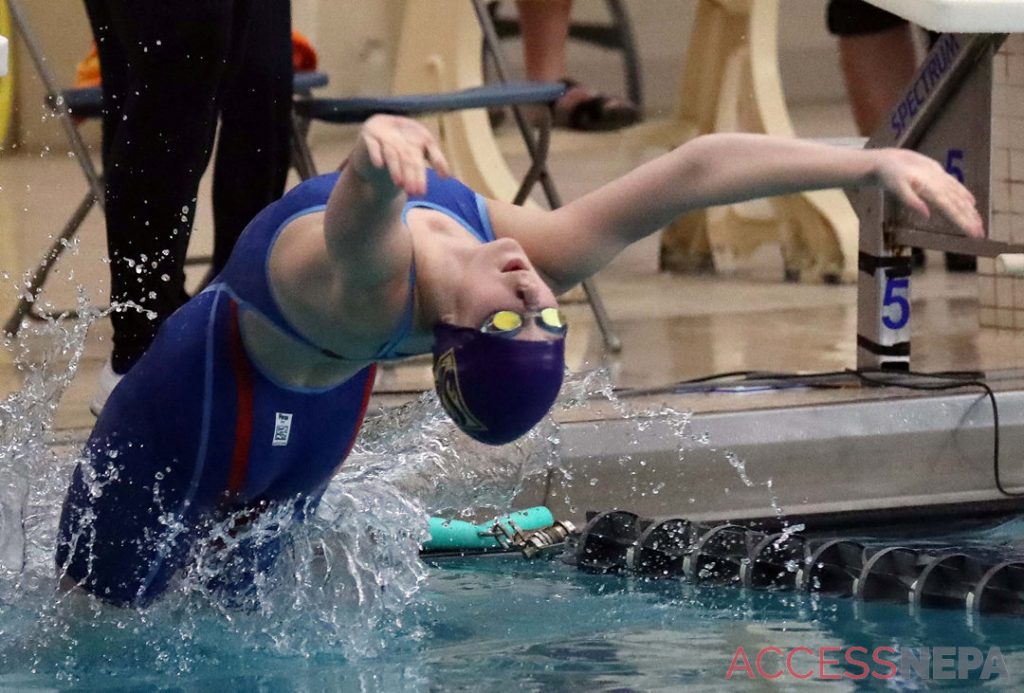 At this point, the scheduling of boys and girls swim meets is proving to be a challenge.

Four LIAA programs do not have home pools. Valley View and Wallenpaupack regularly compete with all away contests, and Scranton Prep and Holy Cross use the University of Scranton and Marywood University, respectively. However, those facilities are not available to them this year because of concerns over COVID-19. A fifth program, Dunmore, uses the Greater Scranton YMCA as its home venue, which will also deny it the ability to host meets in the league season.

Swimming league president Scott Gower is organizing a meeting next week with athletic directors and coaches to address the logistical issues created by the lack of available facilities.

Gower, Scranton Prep’s athletic director, already moved a handful of meets from December to January after superintendents directed athletic directors to move the official start date for practice to Dec. 4 from Nov. 20.

Swimming programs also got approval from the Pennsylvania Interscholastic Athletic Association to compete in virtual meets. That will allow teams to swim at their home venue and record times with at least two PIAA officials present, and the times for those races would be compared.

A discussion is expected at next week’s meeting on whether any program is interested in this approach or if the overall desire of the league is to maintain head-to-head meets only, Gower said.

Early discussions are underway about how to make the wrestling postseason work in the midst of the coronavirus pandemic.

Last Wednesday, the PIAA board of directors accepted a recommendation for a maximum eight-person tournament per weight class, which will change the layout of the individual district, regional and state tournaments.

“One of the things we’re concerned about are large tournaments where lots of kids from different areas are getting together,” District 2 wrestling chairman Jay Starnes said.

To make it work, the schedule might include smaller sectional tournaments to get through the postseason. For example, the Lackawanna League and Wyoming Valley Conference tournaments could serve as qualifiers for the District 2 meet.

“What we’re working toward are tournaments that have eight-person brackets,” Starnes said. “Nothing is in stone, nothing has been anything beyond the conversation at this time, but looking back at that would mean that we have to have smaller, more local tournaments so the tournaments would have to start earlier in the season to be able to get that done.”

The PIAA hasn’t made any decisions on what the state tournament will look like.

“We’ll be taking our lead from them as far as when and how many qualifiers we get and then we’ll work backward,” Starnes said. “It’s likely that it will mean more smaller tournaments to get to that.”

Mountain View athletic director Jan Price informed the LIAA that her school board voted to compete only against schools located in Susquehanna County.

Mountain View is in Division II in wrestling. It would not be allowed to have meets against Western Wayne, Honesdale, Lackawanna Trail and Scranton Prep, leaving it with only four matches.

Based on Dec. 4 being the first day LIAA schools can officially practice, teams can schedule games as early as Dec. 21, according to guidance provided by PIAA executive director Robert Lombardi to Joe Gilhool, who is the president of the athletic directors organization. That would satisfy the PIAA’s directive of having 15 practices with the required one day off in seven before beginning competition.