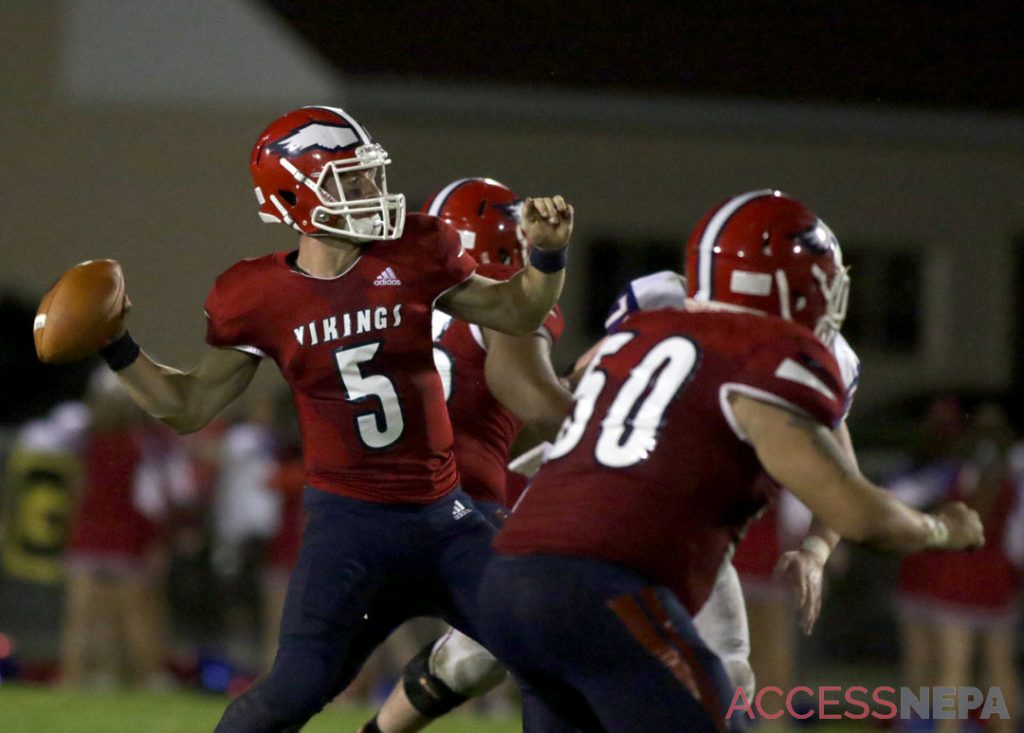 Having already lost his junior season in track and field, where he is a two-time state-medal winner in the discus, he knows the uncertainty of competing amid the coronavirus pandemic. One of the top college football recruits in the state, the Lakeland senior is already committed to the University of Maryland where he will play tight end. He stayed headstrong and focused, maintained a disciplined workout schedule, and never let negativity creep into his mindset.

Following the announcement Wednesday that the Pennsylvania Interscholastic Athletic Association approved the recommendations from the Sports Medicine Advisory Committee to start fall sports on time, Dippre is ready to shift into gear as teams prepare for camps, which can open as early as Aug. 10 for heat acclimatization.

“That was awesome to hear the announcement,” Dippre said. “We know there are no promises, but it heightens your hope. Losing the spring sports season was tough, but I understood. Admittedly, it’s a little exciting that there is a chance now that we can have a fall season.

“We are still cautious and understand that this changes daily, but now we have more to look toward.”

Dippre — Lakeland’s 6-foot-5, 255-pound quarterback who is the No. 22-rated tight end in Pennsylvania and was an All-Region defensive end last year — simply wants to get on the field. Not for himself, but for his teammates.

“You have to keep moving forward now and take things day by day,” Dippre said. “I have been working out like there was always going to be a season. I am blessed to have four years after this season at Maryland. For my close friends, guys like Giovanni Spataro and Cross Douglas, they have started since freshman year too, I want a season for them. They deserve to get another season.”

Western Wayne running back and linebacker Zane Janiszewski, a returning All-Region player, motivated his teammates to make a commitment to the weight and conditioning programs as soon as areas moved into the Green Phase of Gov. Tom Wolf’s return plan. Athletes and sports teams were allowed to conduct voluntary workouts, albeit while maintaining social distancing and restricted number of participants at each session. Those sacrifices were necessary, players said. And they know, as challenging as the guidelines will be, they must continue.

“I am super excited to get the ball rolling now,” Janiszewski said. “My teammates and I are working hard every day and we have been all summer. Right now, we are all just happy that we are going to be able to play. We also know that it can be taken from us at a moment’s notice. That’s a big fear. But, we can’t worry about that or get distracted by that.

“Coach (Randy) Wolff said it (Wednesday night), we don’t care what we have to do to have a season. We are going to follow all of the guidelines and take all of the necessary precautions. We just need a season. No matter what it takes.”

Riverside quarterback Johnny Gilchrist is coming off a record-setting junior season. In 2019, he threw for 2,952 yards and 39 touchdowns, which are both Lackawanna Interscholastic Athletic Association records. Gilchrist has 5,035 yards and 64 touchdowns for his career to rank among the top 10 all-time in the Lackawanna Football Conference.

He is the key component in a wide-open offense that depends heavily on timing with receivers. Most of his key weapons from 2019 graduated and Gilchrist felt he needed the offseason to develop a relationship with his maturing teammates. In addition, while his statistical numbers speak for themselves, Gilchrist looked to use college recruiting camps to his advantage. But those were canceled because of the virus.

Still, he remained positive and is eager to get started.

“The news that we could have a season really lifted a huge weight off my shoulders and the team’s shoulders,” Gilchrist, 17, said. “It’s been tough and we have been going through practices for two months now, and the fear of not having a season was always in the back of our minds. We were saying and thinking, ‘is all of this hard work going to be worth it.’ We were always trying to stay optimistic.

“Now, we are super excited. A month from now, we could be playing our first game.”