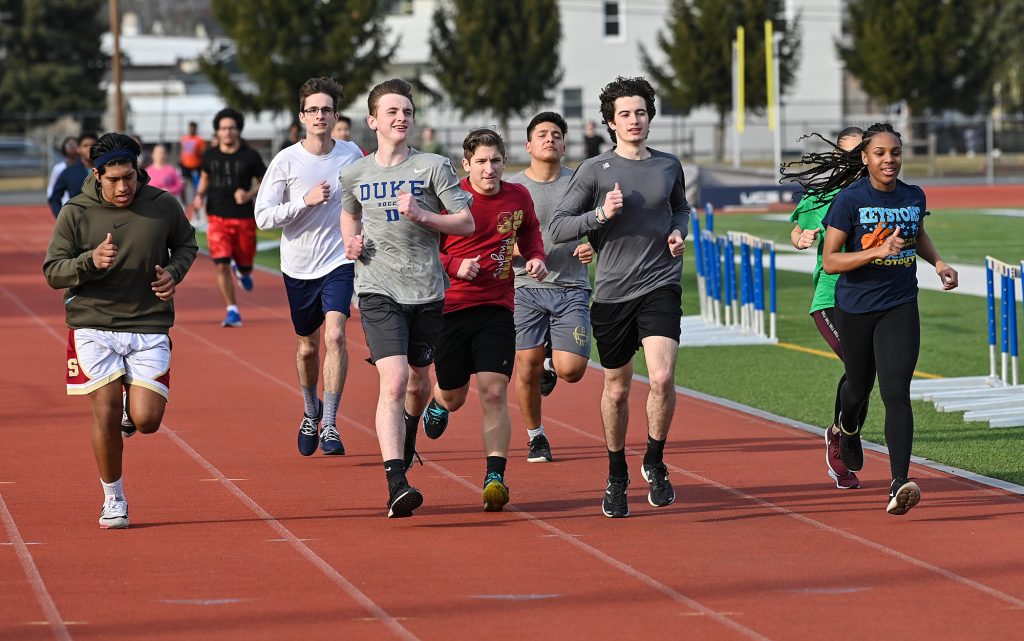 Lessons from sports valuable in loss of sports

An open letter to all senior student-athletes at our local high schools.

There’s no sugar-coating the obvious: This stinks.

For a few weeks now, we figured a day like Thursday was coming, that you’d get the bad news we all knew was unavoidable, but hoped like mad against. Just hours after Gov. Tom Wolf announced all Pennsylvania schools will be closed through the end of the academic year in the effort to prevent the spread of COVID-19, the PIAA announced the winter championships and spring sports seasons would be canceled, too.

For people like me, it’s a painful reality. You may not understand this yet, but we mark every year by the most special moments of your athletic careers. New Year’s Day is barely over by the time we’re putting the dates of the District 2 Track and Field Championships on our planning budget. In the dead of winter, we look forward to Memorial Day weekend, basking in the sun at PNC Field for the District 2 baseball championships. You were so close to Hershey in early March, we could smell the chocolate.

We know how disappointing that is — to us. It’s difficult to imagine what a senior season that won’t be must be like for all of you. It’s so difficult to comprehend, there’s a hesitation to try to put that feeling into words. We have no frame of reference. The rest of us had that last swing or that final shot, that sprint through the finish line, those last words of wisdom from a beloved coach and that one final embrace with your teammates. We would never want those defining moments in our lives taken from us, and they were taken from you. They’re moments you can’t replace. None of it is fair.

But this, I can promise you: What will most help you get through losing sports is that you once had sports.

Your generation has taken some hits from ones that came before it, for sure. They think you need trophies just to participate. They think you’ve been coddled after losses, that you’ve been allowed to celebrate even modest wins far too long. They don’t think you work as hard as they used to, or want it as much as they did — which amazes them, because you have it so much easier than they did. But you’ve learned the same lessons, for sure, that sports have always taught.

That you work hard to achieve something, and that achievement doesn’t always come.

That you aren’t guaranteed anything.

That what is next is always what is most important.

During my senior year in college early in 1999, my friend Dan and I went on a road trip to cover a basketball game in Pittsburgh. On the way back, Dan — a deeper thinker type — started a conversation about dealing with difficult times. Think about it, he said: Our grandfathers lived through the Great Depression, then fought off the Nazis. Our fathers faced the tumult of the 1960s, indelibly affected in some way by the nation’s plight in Vietnam.

“We haven’t had our struggle yet,” he insisted of those of us born comfortably in the late 1970s. “Our generation has been lucky. But our moment where we’re going to have to overcome something significant is coming.”

Before that point, I had never thought much about tragedy and struggle. Never had to.

Full disclosure, Dan was actually worried, at that moment, about our generational crossroads being Y2K. (If you don’t know what that is, ask your parents.) We dodged that bullet, but 2½ years after that conversation, terrorists flew commercial airliners into the World Trade Center in Manhattan, the Pentagon in Washington D.C., and were overtaken on a flight that crashed into a field in Shanksville.

My generation’s time to pick itself off the mat came.

How you come out on the other side will define you. How you respond to the most crippling of personal disappointments will set you up for life much better than one more season on the track or diamond or field ever could, hard as that might be to see in life’s current fog.

These are moments you can’t ever get back, and that’s unfair. It’s frustrating. It’s incredibly heartbreaking. You deserved more, and better.

But you’re uniquely equipped to deal with that frustration and heartbreak, because you played at all.

What’s next is always what’s most important, and your next is as important as any of us have faced. Hopefully, the life lessons of sport ring true, for you. And for us all.