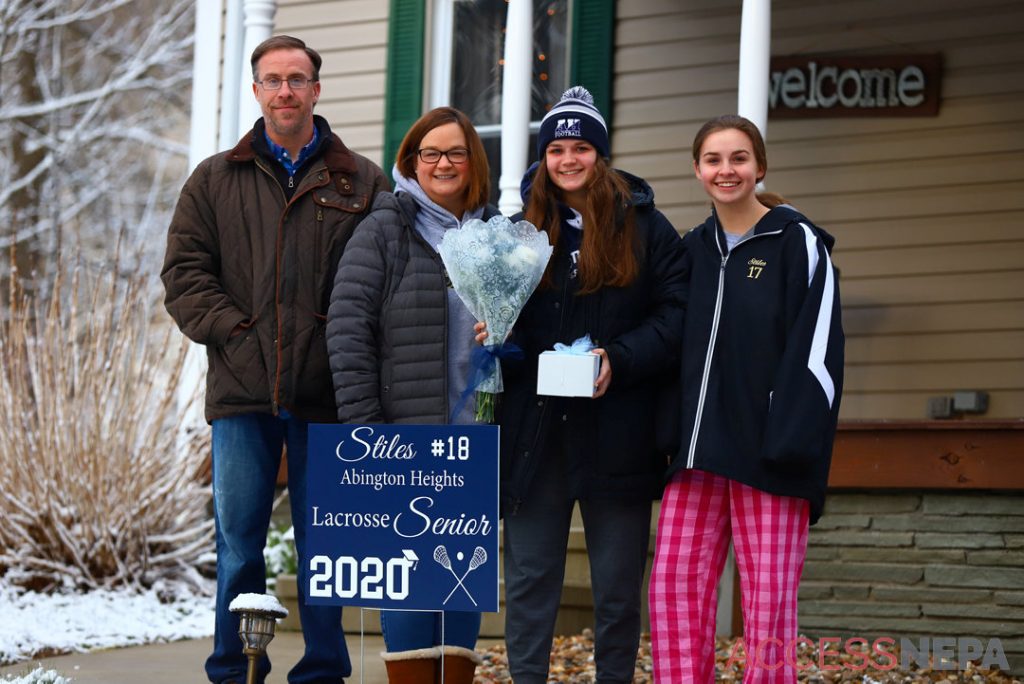 For three seniors, it was one more disappointment in a milestone year. Sidney Horvath, Morghan Stiles and Erin Albright are all set to graduate this June. All three seniors are going on to play a college sport.

Horvath, who played lacrosse since her freshman year at AHHS, was accepted at King’s College and plans to play for its lacrosse team in the 2021 season.

“It’s sad because we were just getting to know some of our new teammates,” Horvath said of the 2020 season that never was. “We didn’t even get to play a scrimmage. But I’m lucky in that I can look forward to playing lacrosse in my college career.”

The lacrosse team at AHHS is still getting its feet wet, having only played in the regional conference for three seasons.

After a decade of coaching at the University of Scranton, Coach Becky Davis came in 2016 to help girls who were trying to start a lacrosse program at Abington Heights. In 2016, about 20 girls showed up and some parents helped out.

“I was out of college coaching and had young children at home. I was just looking for a way to stay in the coaching environment,” Davis said. 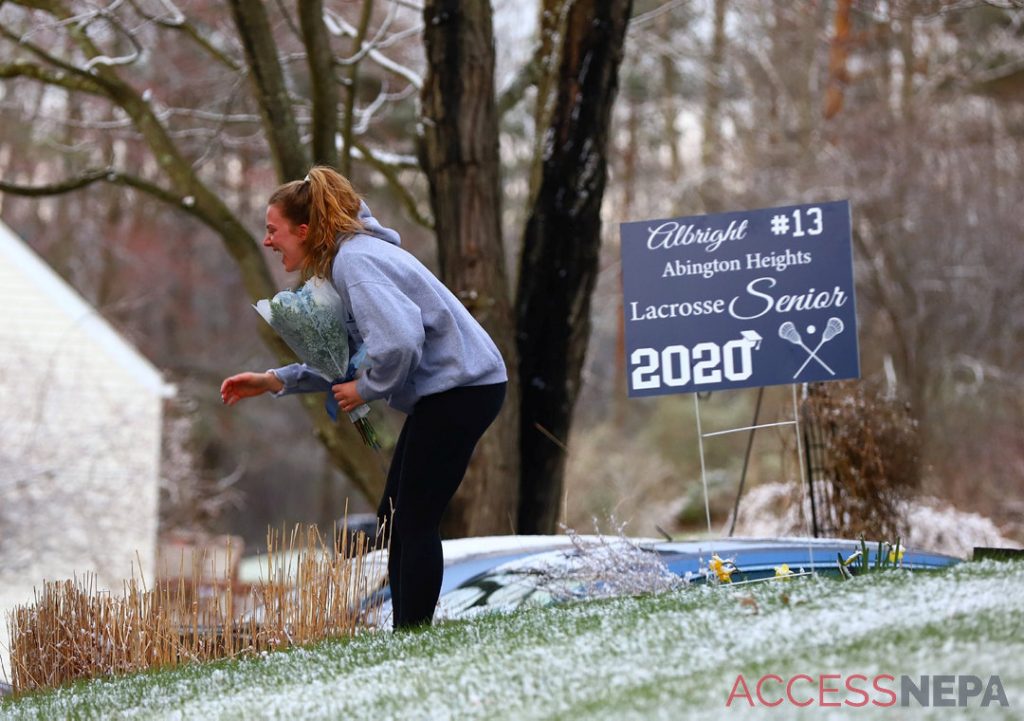 She volunteered to train the new team.

In 2016, Davis and others went before the school board to try to get lacrosse going at the high school. Although the school would not fund the sport, the district gave the green light. In 2017, Abington Heights Girls Lacrosse was PIAA-sanctioned and joined the Wyoming Valley Conference, playing its first season as a pay-to-play spring sport. It has grown ever since.

Davis said that the Boosters are crucial for pay-to-play sports at AHHS. Since there is no funding coming from the school, money raised each year is needed to provide payment for officials, uniforms and travel.

What would have been her fifth and final season coaching at Abington Heights, Davis said she was sad that the girls didn’t get to play this season. She continued to encourage them to work out and practice their skills while at home.

“I wanted to stay connected with the girls and encourage them to stay healthy and active,” Davis said.

When it became clear there would be no games in the 2020 season, Davis messaged her team saying, “This is a spring like no other. With the cancellation of school for the remainder of the year, the PIAA has officially canceled all spring sports. My heart is heavy for our spring athletes, especially our seniors. I truly miss our team, and I’m excited about the future of AH lacrosse.”

Typically, senior players would be honored at the last home game. Since that couldn’t happen, Davis and parents planned a drive-by parade. They arranged with parents that the seniors be home, and then a line of cars drove by the homes of Horvath, Stiles and Albright.

“Hopefully, it brightened their day,” Davis said. “It was a way to do some team bonding, honor our seniors, and abide by social distancing guidelines too.” 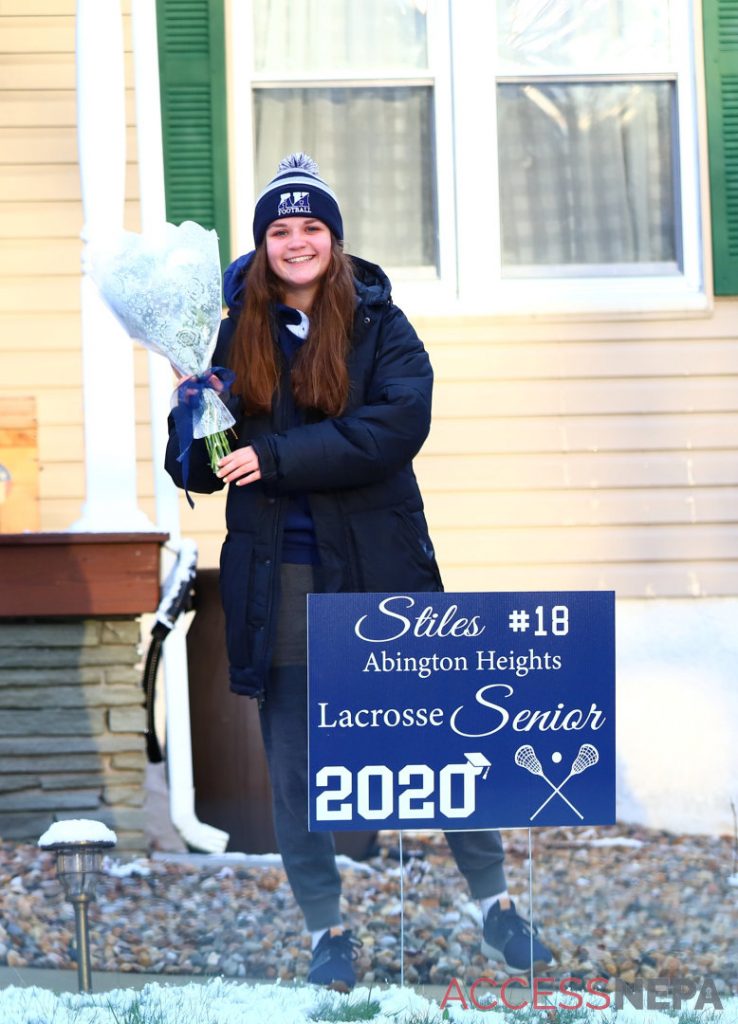 “It was a nice surprise,” Horvath said. “It was very heartwarming to see everyone driving by with their signs. I was the first house they came to, so I jumped in the back of the line and went to the other two houses. It was really a great experience. I couldn’t thank everyone enough.”

After playing since her freshman year, Horvath said one of her favorite memories was the end of a game when every teammate would rush over to the goal at the end and thank her for playing. The comradery and relationships left an impact that Horvath and her fellow seniors will carry with them.

Horvath, who played goalie, said Coach Davis taught her everything she knows about lacrosse.

“She convinced everyone that we were going to be a varsity sport. It didn’t matter that we weren’t funded. We could still be taken seriously, be good players, and have a great season. She was always so positive. If we didn’t win a game, Coach Becky would say ‘It’s ok. We can win the next one. We played a fantastic game and did our best, and you can’t ask for anything else than that.’”

Davis plans to return to collegiate coaching in 2021. The legacy she leaves is more than games won or players trained. It is a team that couldn’t have gotten off the ground without her, the relationship she built and the many young women she influenced over the past five years.

“Being with the girls is about so much more than the sport itself,” Davis said. “We are very fortunate that the team is full of wonderful young women. It’s been a pleasure coaching them. I think my favorite part of coaching has been the relationship with my players. Because that is lasting.”