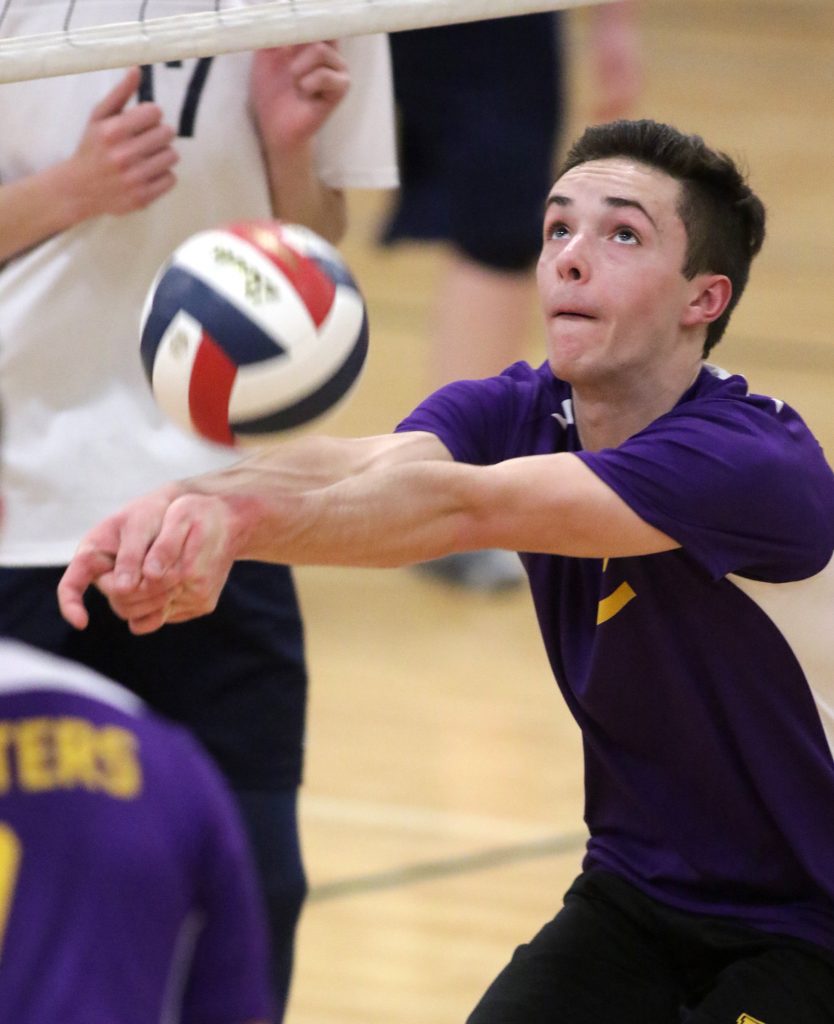 Out of the blue, Nicholas Andrews can get the urge to go hit the volleyball around the yard.

He’ll quickly pick up a ball and head out the door. His mom, Dora, usually follows close behind.

Soon, the two are playing a game of pepper or trading kills into a nearby wall.

It’s a stress reliever and a bonding experience.

No, it’s not at the gymnasium at Forest City High School, where both would rather be as player and coach, but this has to suffice.

A season where Nicholas, a two-time All-Region selection, and his mom, Dora, the varsity boys volleyball coach for the Foresters, is fading beneath the cloud cast by the coronavirus pandemic.

Still, the two continue to share their passion for the sport and have enjoyed the impact it has had on their lives. 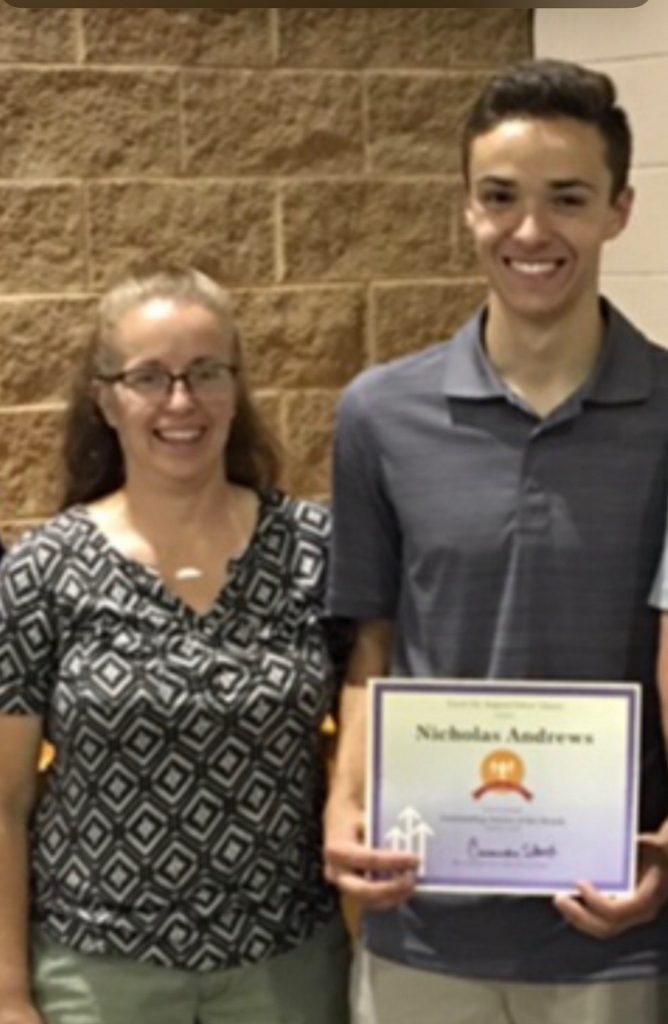 “He loves the game like I do,” Dora said. “He has been playing since second grade. He came into the gym every day after school because I was there for practice. Initially, he told me that if he ever had to choose between soccer and volleyball, he would pick soccer. I think that has changed.

Energy for the game

Volleyball has been a big part of Dora’s life since high school.

In her years as a player at Mountain View, the team won a District 12 title in the fall of 1984 and won a match at Penn State during Pool Play of the state Class 2A tournament. Dora earned Northeast Athletic Conference all-star honors as a senior in 1985.

“It was really great,” she said. “We had seniors ahead of me who were so willing to teach all of us anything we needed to know. Volleyball was one of those sports where you never minded going to practice. We had the nicest players and we had great support.”

The Lady Eagles also had an outstanding coach.

Jan Price, who won more than 300 matches in a career that spanned more than three decades, built the program and did so with a commitment to developing skills and competitive spirit, while keeping the sport fun.

She appreciated Dora’s energy for the game.

“She was a very dependable player,” Price said. “We could throw her in wherever and when the team needed a spark. She really kept our energy up out on the court.”

She became an assistant coach for Price in 1996. Two years later, Dora became the head boys coach at Mountain View with Price helping.

Having women coaching boys teams had its own set of challenges, but the two persevered and the Eagles found success.

“It was hard for some of the coaches to accept the fact that women were coaching boys,” Price said. “The teams we had though, they were very competitive and made district playoffs. It was an exciting time. And we had a good time coaching those teams.”

Dora’s coaching career moved forward when she took over the Forest City girls program in 2009.

At the time, her daughter Courtney, who was the Scholar of the Year and valedictorian, played for the Lady Foresters and Dora.

In the fall of 2011, Courtney earned Lackawanna League second-team all-star honors as a middle hitter in her senior year, and while there were some rough patches, the parent-child-coach dynamic ended up being rewarding for Dora.

“There was a mother-daughter thing for sure,” Dora said. “I would push her harder than anyone else. But, I would also have my assistant instruct her the best we could. She was a very good volleyball player. She would do anything we asked of her. She was an outstanding setter and she kind of got bumped around a lot and played really well. All in all, I enjoyed it very much.”

With Dora coaching the Forest City girls and the boys team, as well, starting in 2013, Nicholas had early exposure to the sport.

In elementary school, he attended practices. He’d hit and get to know the players. By seventh and eighth grade, he became the team manager and as a freshman, broke into the starting lineup.

“Being around it so much with my sister playing and my mom coaching, I was drawn to it,” Nicholas said. “I played soccer, but volleyball is so different. There are six players on the floor and it is constant intensity.”

In his first varsity season, Nicholas made the second-team all-star unit selected by the coaches. In his second, he helped lead the Foresters to the District 2 Class 2A playoffs. His statistics included 115 serving points with 25 aces, had 102 digs, 45 kills, 447 sets and 117 assists and he was named All-Region.

Last season, Nicholas had the Foresters battling for first place with Blue Ridge right up until a loss in the season finale.

He repeated as an All-Region player by recording 183 assists, 82 kills, 84 digs, 167 serving points with 32 aces, and 54 blocks. Nicholas finished as the co-player of the year in the Lackawanna League.

“He definitely is a leader on the floor and he does not hold back,” Dora said. “He is always telling a teammate that they are doing a great job. He is the kid who doesn’t believe he is a great player, and he is a very supportive guy.”

With the success from his first three seasons, Nicholas started playing AAU and also competes at the Green Gables Restaurant outdoor volleyball in New Milford.

He looked forward to his senior year.

“I have been at this a long time, so I played as much as possible and got into playing at Green Gables,” Nicholas said. “The amount of competition up there really pushes you to get better. I’ve gone to a lot of camps to try to learn as much as I can and bring that back to our team.

“This year, our team at Forest City, we got more of my friends to try it and they enjoy it. We have all been on the same page and we play as hard as we can. We were really playing at a high level.” 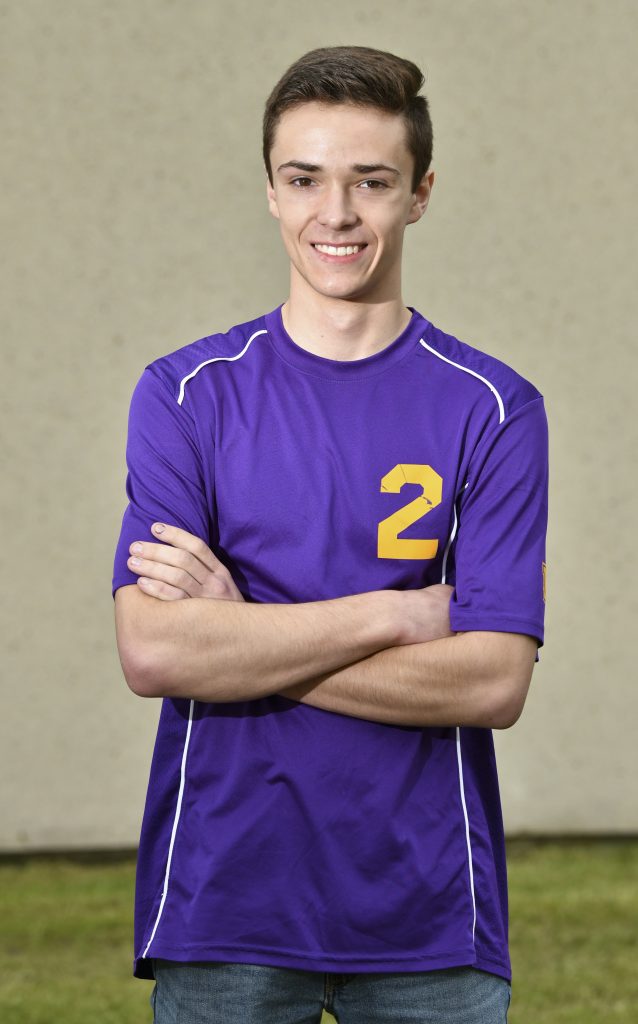 Now, instead of volleyball, Nicholas is helping with the family business, which delivers milk from farms to processing plant, doing work on the trucks.

He’s also trying to select a college without the benefit of on-campus visits.

He also puts in distance runs for conditioning and still hops up at a moment’s notice to hit the volleyball.

It’s frustrating, but it’s out of his control.

“We haven’t talked about it too much,” Dora said. “I think it’s pretty rough. I know he was looking so forward to this season, and his college visits. As fast as it started, it stopped. So, when he says, ‘Mom let’s go out and play pepper and hit,’ I jump at the chance. I don’t push him to get out and practice. I let him decide, then I am right out there.”

Regardless of the outcome, if the season is lost, Nicholas and Dora have enjoyed the three years shared as player and coach.

And the quality time spent as son and mother.