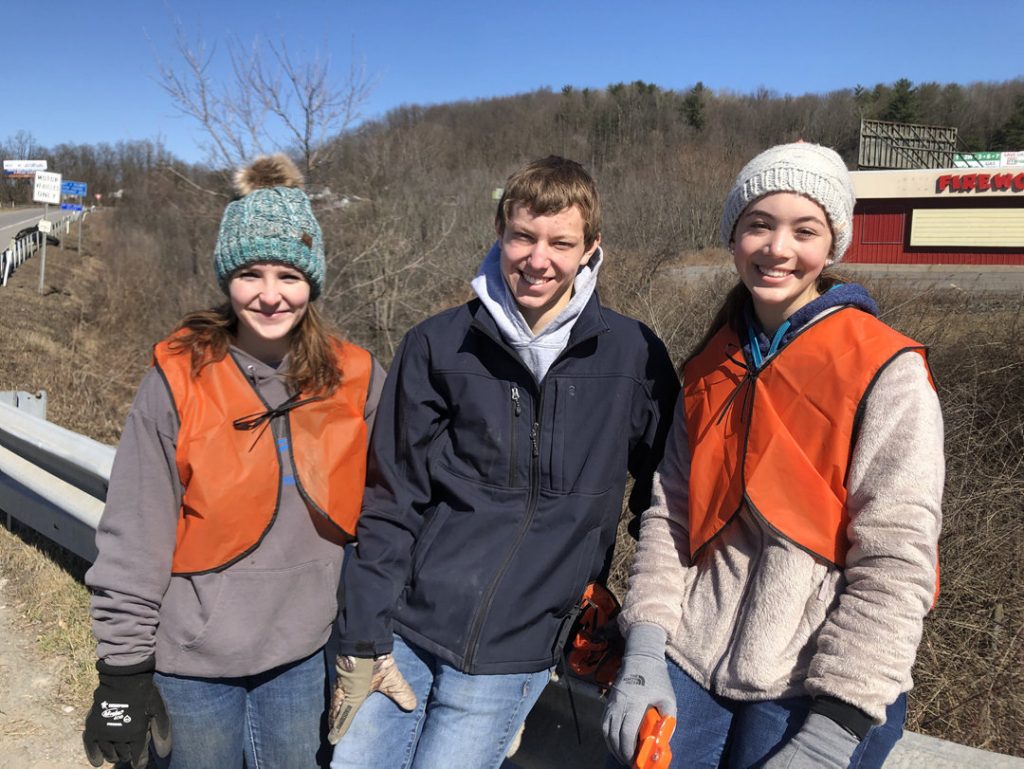 Whether as the setter for the volleyball team, a guard for the basketball team or a student helping the community, the Blue Ridge senior has done his part to help get through tough times.

Recently, while his final season of volleyball stagnated in limbo because of the coronavirus pandemic, Bleck took to the streets. He followed CDC and state guidelines, maintained social distancing, wore a mask and gloves, and cleaned trash along an on-ramp for Interstate 81 in New Milford.

It was the least he could do while passing the time toward an inevitable and disappointing conclusion to his spring academic and athletic year.

“We cleaned up and picked up all the garbage,” Bleck said. “It gave me and my family an opportunity to go outside and do something good for the community.

“It was a good thing to do during the coronavirus shutdown.”

Making an effort to help the environment is a passion for Bleck, who is a standout multi-sport student-athlete at Blue Ridge.

As a person who loves the outdoors and takes advantage of nature by hunting and fishing in his free time, Bleck put together another cleanup as part of the National Honor Society.

He and a group of classmates tackled an illegal dump site near the New Milford Hardware store on Main Street filled with used and tossed tires.

“People go there and it’s like a swampy area and just dump tires,” Bleck said. “Over the years it got worse and worse. We got together and we went there and we cleaned out the site by pulling out the tires and we sent them out for the proper recycling.”

It wasn’t easy getting into the murky area. It was harder getting the tires out of the softened ground and mud.

But the effort and success made it a rewarding experience.

“That was a hard day,” Bleck said. “We were up to our chest in mud. We were in the water getting the tires, maybe 300 tires. We made a conveyer belt line and yanked them out. That was a tiring day.

“It was satisfying to know that we cleaned up and improved the community and the environment, and that area down there really need that.” 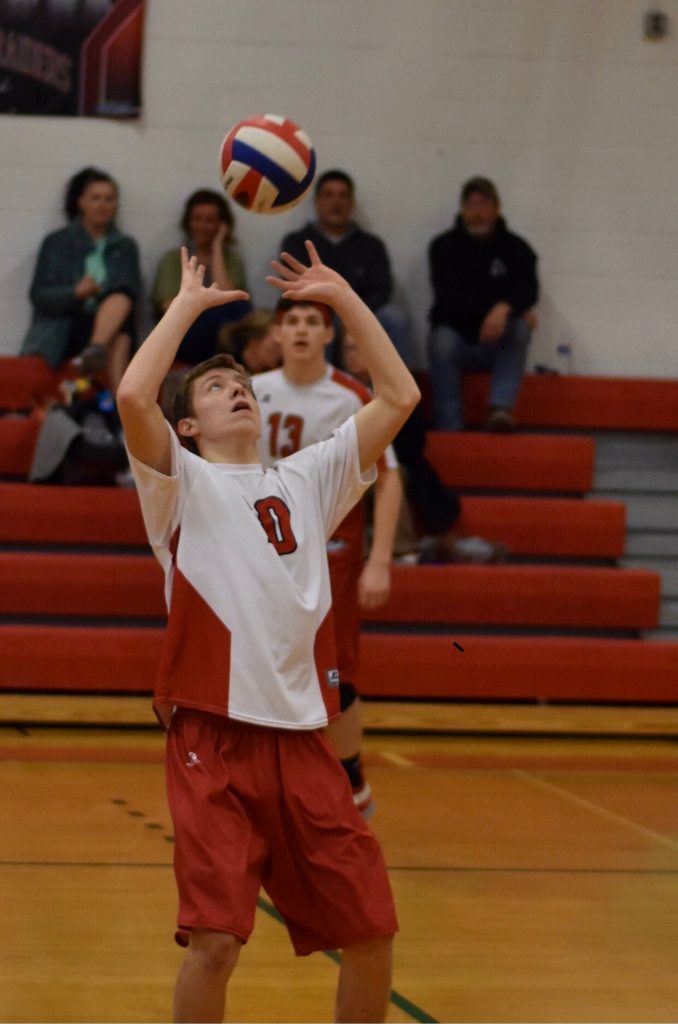 In addition to his environmental causes, Bleck is a member of the Leo Club. He also collects Toys for Tots at Christmas and organized blood drives annually at the school.

“Volunteering is very important because it gives me an opportunity to help others in the community who need it,” Bleck said. “It just makes you feel good about yourself and I am proud to help my community.”

As an athlete at Blue Ridge, Bleck enjoyed a successful final season on the basketball court this winter.

Bleck finished second on the team in scoring with 246 points.

“The past two years, coming into my senior year, I wanted to do my best to help the team succeed,” Bleck said. “I wanted to bring the team together and play my heart out. We did well and I had a good season.

Last season as a junior, Bleck helped lead Blue Ridge to a volleyball championship in the Lackawanna League.

He had 353 assists as the setter and earned coaches second-team all-star honors.

With two other senior all-star players returning, including co-player of the year Cameron Franks and Evin Davies, the Raiders were the preseason favorite to defend their league title.

Instead, with no season to play, Bleck turned his attention to helping others, and prepares for his future at Liberty University where he plans to study civil engineering.

“It’s been great being the setter for some of the best hitters in the league,” Bleck, 18, said. “This team is a family. Building the program and setting the foundation for the future was really an honor. We got a couple of league titles and it felt good to be a part of it. I was super excited for this year. We were looking really good in practice.

“This summer, I’ll play at Green Gables, I hope, and then at Liberty, I will look to continue intramural matches. I can’t get enough of the sport.”