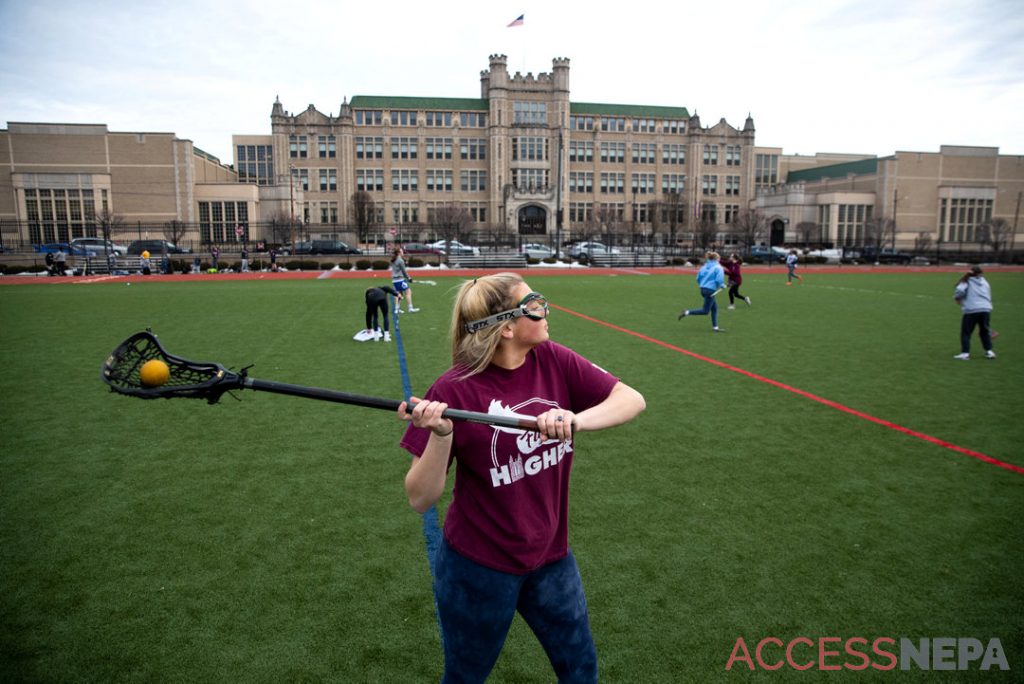 It’s been a while since area lacrosse players competed, but that has only heightened the excitement and anticipation of this season.

Interest in the sport continues to boom and there are several talented teams expected to challenge in the Wyoming Valley Conference this spring.

When last the teams played in 2019, Delaware Valley won the District 2 Class 3A championship in both boys and girls tournaments. Scranton Prep reached the boys Class 2A final and the Classics lost a heartbreaker by one goal to Wyoming Area in the semifinals of the girls Class 2A playoffs.

By having the entire 2020 season canceled, there are plenty of unknowns heading into the WVC schedule. The usual suspects are predicted to contend for the conference and district crowns, but in a poll of coaches from LIAA schools, the race is completely wide open.

Crestwood won the boys WVC title with an undefeated regular season and advanced to the PIAA Class 2A semifinals. Wyoming Seminary won the girls title with an 11-1 record.

Delaware Valley has established success with both programs, so many expect them to contend.

Finnegan McCormack earned first-team all-star honors in the WVC as a face-off specialist as a sophomore. He is a college recruit who won 248 face-offs and had a percentage of .768, and also had 11 assists and six goals in 2019.

Alex Husejnovic is also returning with experience for the Warriors. He scored 28 goals as a sophomore. Bryan Morley also saw time in 2019 and scored 18 goals and had 11 assists.

“I can’t wait to get back on the field wearing the black and white uniform,” McCormack said. “Even with the year off, we put in the work and we look like we can really compete. Right now, we are just a young team with a lot to learn. We are teaching freshmen and sophomores because of the lost season, so there is an extra learning curve.

“I have been playing a lot with my club team, working out and lifting weights and working on my techniques for face-offs. I am ready for the season.”

Scranton Prep is led by its trio of captains. Chase Stephens, Jack Clancy, who was an honorable mention WVC all-star in 2019, and Mike McGrath. Senior Christian Graniel is committed to play lacrosse and football at Allegheny College.

“I am looking forward to this season,” Stephens said. “It’s going to be a lot like football with all of the safety protocols, but overall we are all glad to have a season and are hoping to not get canceled.

“I am just trying to keep the energy up on the team, because it is easy to get down because of everything that is going on. We have a huge team with a lot of seniors. We have definitely built a bond. The starting lineup has been playing together since we all started in around sixth grade, so there is a strong sense of brotherhood.”

North Pocono made big strides with its program in 2019 and coach Rob Deremer earned the WVC Coach of the Year honor.

Both Dolphin and Youshock have played for the Trojans since their freshman season.

Lakeland is coming off its first season as an official member of the WVC and is led by Christian Winkler.

Delaware Valley is led by midfield Isabella Fasulo, who earned WVC first-team all-star honors in 2019. She scored seven goals and had two assists, while also having 43 ground balls, 12 caused turnovers and 11 draw controls.

“I am so excited to have a season and get our games going,” Fasulo said. “I feel our new girls coming up are really looking great. The players we have returning are really stepping it up and we are playing and working extra hard because we didn’t have a season last year. Some of our players did some summer leagues and I did too, and I really enjoyed that.”

“We have to have a solid defense and our attack is looking pretty good,” Fasulo said. “We just need some confidence playing in games.”

Scranton Prep has the top player in the conference returning.

Christina DeNaples earned All-Region honors as a sophomore in 2019. She scored 36 goals and had 10 assists that season and has 40 goals and 18 assists in her career. She has committed to the University of Pittsburgh.

Senior attack Mercedes Vinsko is also a returning player with experience, and the Classics have several newcomers who make the team a contender for conference honors. They include sophomore attack Annie Johnson and junior midfield Angelisa DeNaples.

“We are really excited especially after losing last season,” Christina DeNaples said. “We graduated a big part of the team from last year. We have a lot of new players and good athletes with a lot of potential.”

Abington Heights is coming off a 6-6 season, while North Pocono returns for its second season in the WVC and Lakeland is in its first official season in the conference.