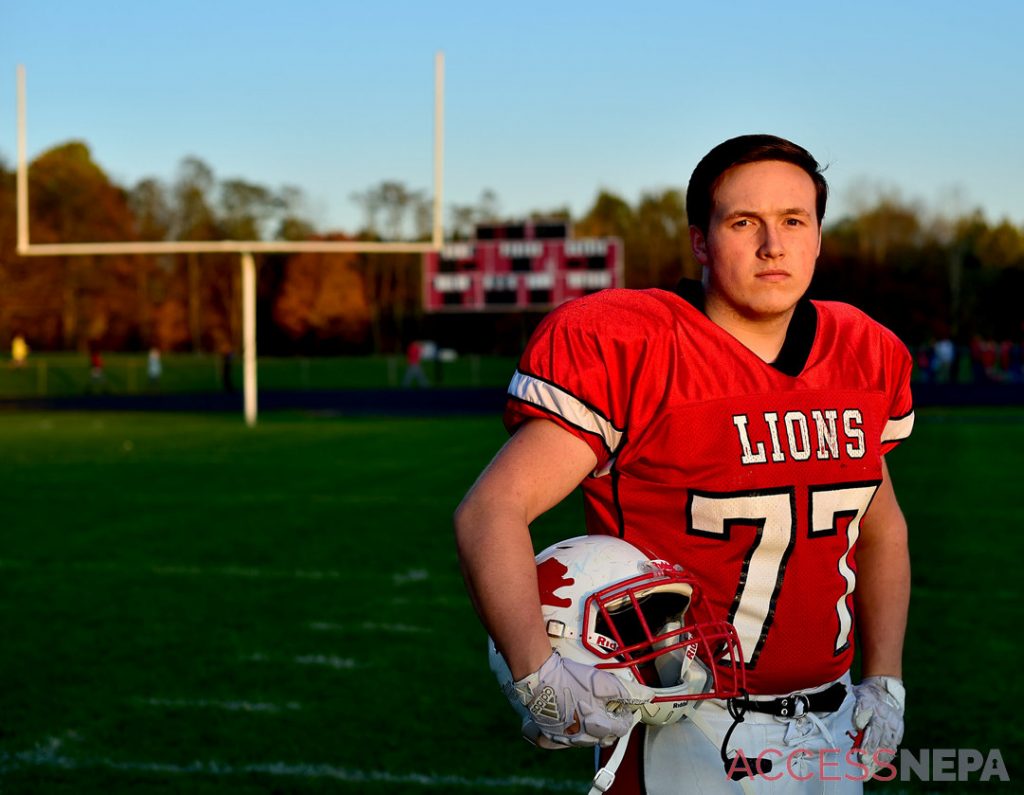 Mark Dunckle has always had his priorities in order.

His academics came first as a student at Lackawanna Trail. His athletics followed in a close second.

When the decision about where to continue his education came, he knew, finding the best opportunity to earn a degree in chemical engineering stood as the main goal. For that, he selected Bucknell University in Lewisburg.

He did so understanding his football career likely ended with that choice because Bucknell is a Football Championship Subdivision program that had not recruited him.

However, after being one of the main contributors to Lackawanna Trail’s two-year run of success on the District 2 and PIAA levels in Class 1A, Dunckle, an undersized 5-foot-10, 235-pound lineman, held out hope. 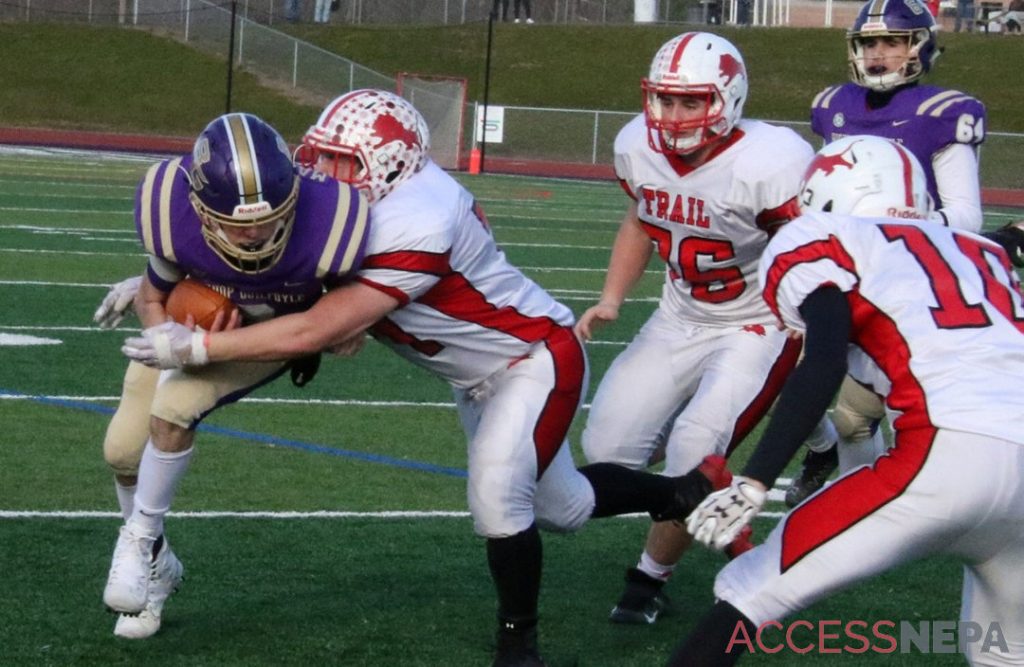 After some exchanging of messages with the Bucknell coaching staff, it presented him with a challenge. He had an opportunity to play football as a preferred walk-on with the Bison.

Now, just as he did throughout a rewarding high school career, Dunckle is eager to defy the odds without losing sight of this journey’s main purpose — earning his degree.

“I am very excited,” Dunckle, 18, said. “I worked very hard to get to this position. I have always wanted to be an engineer and I worked hard on my school work to get a chance to study at a school like Bucknell. I have also always wanted to play football.

“I could not be more happy.”

Last summer, Dunckle visited Bucknell University and left impressed with the campus and the academic reputation.

Then, he went out and seized a leadership role for the Lackawanna Trail football team in its quest to return to the PIAA Class 1A championship game.

As a junior, Dunckle helped the Lions play against Farrell for the state title in Hershey. He had 32 tackles and five sacks during a 14-2 season.

Not long after the season, though, his father, Kevin, died. The heartbreak intensified Dunckle’s motivation to realize his goals and dreams as a student and as an athlete. 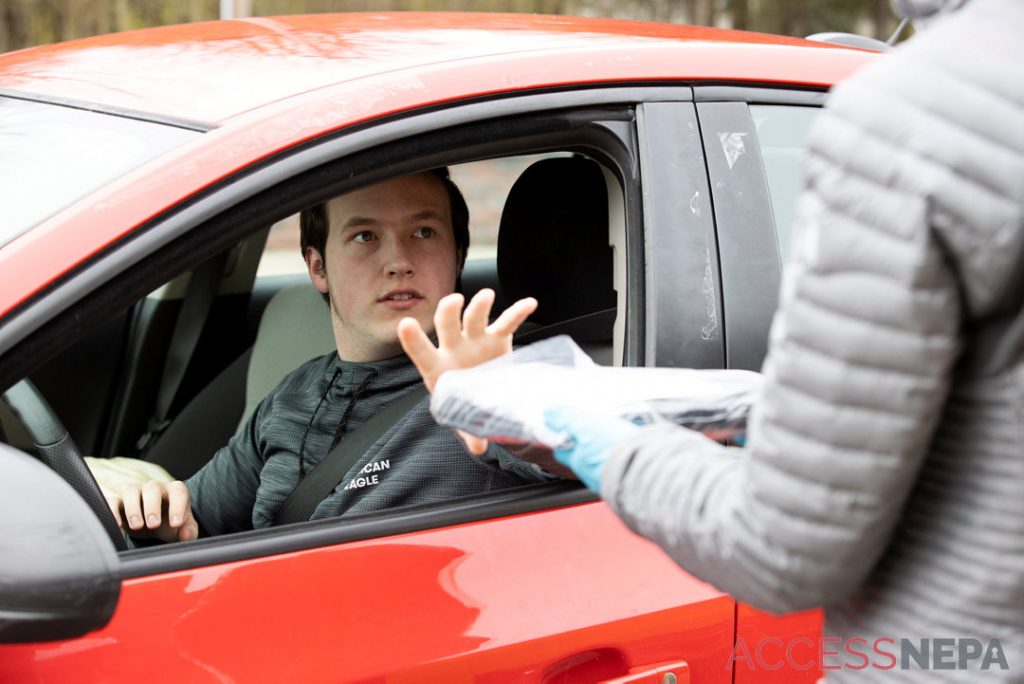 CHRISTOPHER DOLAN / STAFF PHOTOGRAPHER
Lackawanna Trail High School senior Mark Dunckle receives his graduation cap and gown from Trail assistant principal Shannon Kuchak outside the school in Factoryville on Friday, May 8, 2020. Trail seniors had the opportunity to stop by the school on Friday morning to receive their caps and gowns and their personal belongings left in their lockers before the school closed due to COVID-19. School officials said they hope to hold a graduation ceremony in mid-July.

Despite not being imposing with his size, Dunckle used his strength and quickness to lead Lackawanna Trail to a second straight District 2 Class 1A title. He dominated in the state playoffs as the Lions returned to the semifinal round before having another memorable run halted by Bishop Guilfoyle.

At season’s end, Dunckle had 87 tackles which included 26 in the state quarterfinals against Muncy and 14 in the loss to Bishop Guilfoyle.

In the middle of working his way through a successful season in wrestling, Dunckle started piling up postseason football awards. He earned All-Region and Class 1A all-state honors and added the Hookey Reap Award as the outstanding defensive lineman in Lackawanna County.

In February, as he helped lead Lackawanna Trail to a division title in wrestling, and still with Bucknell as his leading choice for college, Dunckle, who is a member of the National Honor Society, changed to an early decision applicant and was accepted.

“I first started looking at Bucknell in the summer, because when I searched I saw they had a great chemical engineering program,” Dunckle said. “When I switched to early decision, I was accepted a week later.”

But he met with Lackawanna Trail coach Steve Jervis and indicated he was still interested in playing. That put in motion a chain of email messages that led to the chance at joining the Bison as a preferred walk-on.

Bucknell, a Patriot League school, signed three defensive linemen in its recruiting class. They are part of a group with an average size of 6-3, 248. 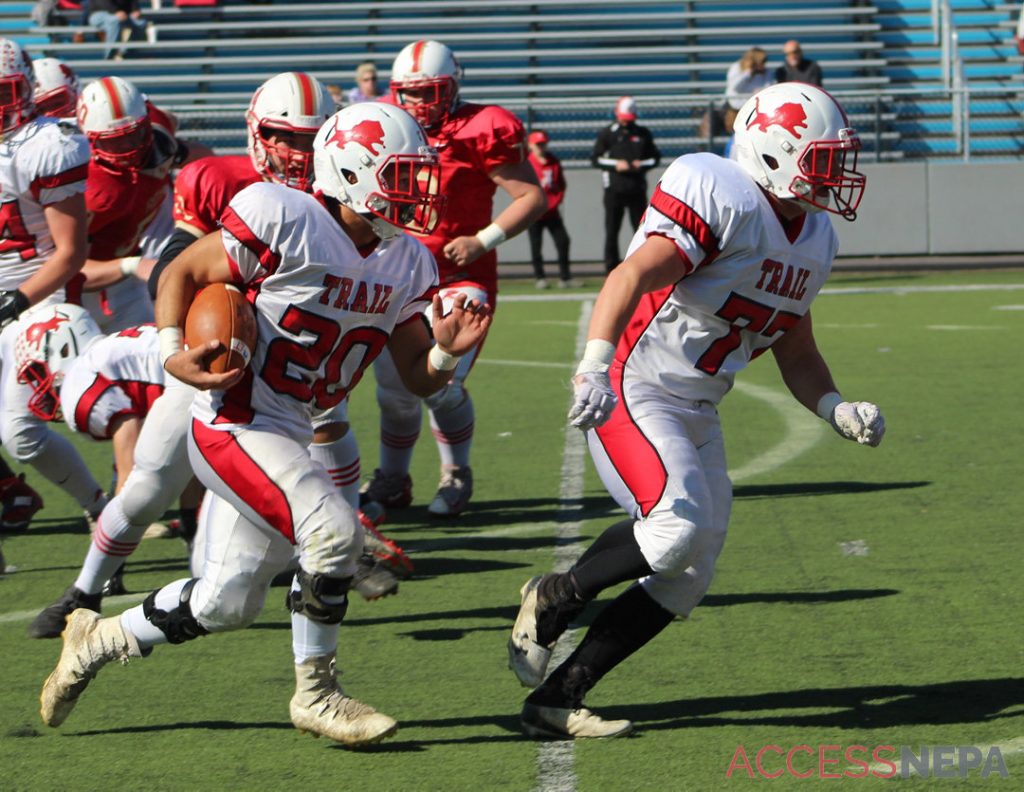 ACCESS NEPA FILE
Mark Dunckle clears the path for Jeffrey Resto to pick up some first half yardage.

“I feel excited,” Dunckle said. “I like taking on a challenge and I plan to work as hard as I can to see what I am capable of doing. I am excited about the opportunity, but the work needed to start immediately and I need to get ready for the fall season.”

Also a member of the Lackawanna Trail track and field team, Dunckle had his spring sport and offseason workouts curtailed by the coronavirus pandemic. He maintains his grades and is hopeful for a graduation ceremony this summer. He works two jobs and is lifting weights and running.

Recently, he was selected as the Scholar-Athlete at Lackawanna Trail and earned a spot on the City roster for the annual Scranton Lions Club Dream Game, which is tentatively scheduled for July 23 at John Henzes/Veterans Memorial Stadium.

And he knows, his biggest fan is proud.

“I know that my father is looking down at me and is proud,” Dunckle said while fighting back tears. “He knows how hard I have been working for all of these achievements.

“It fills my heart with joy knowing that he is happy.”

State football coaches official has many questions, few answers
HS GOLF: Jackman tourney finds new home at Elmhurst Country Club
GIRLS BASKETBALL: Dunmore loses appeal; will play in Class 4A
HS TRACK AND FIELD: Should be on Interstate 81 South; Instead will be cutting the grass 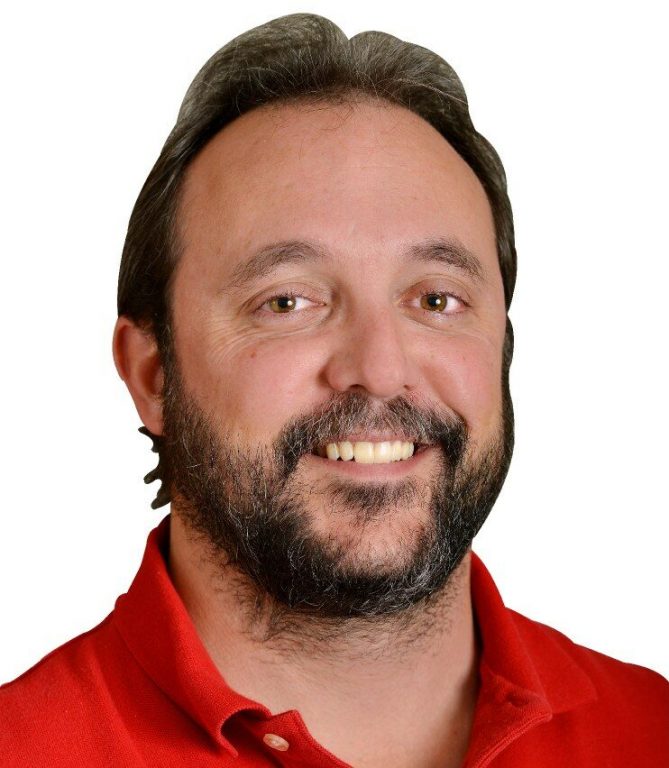