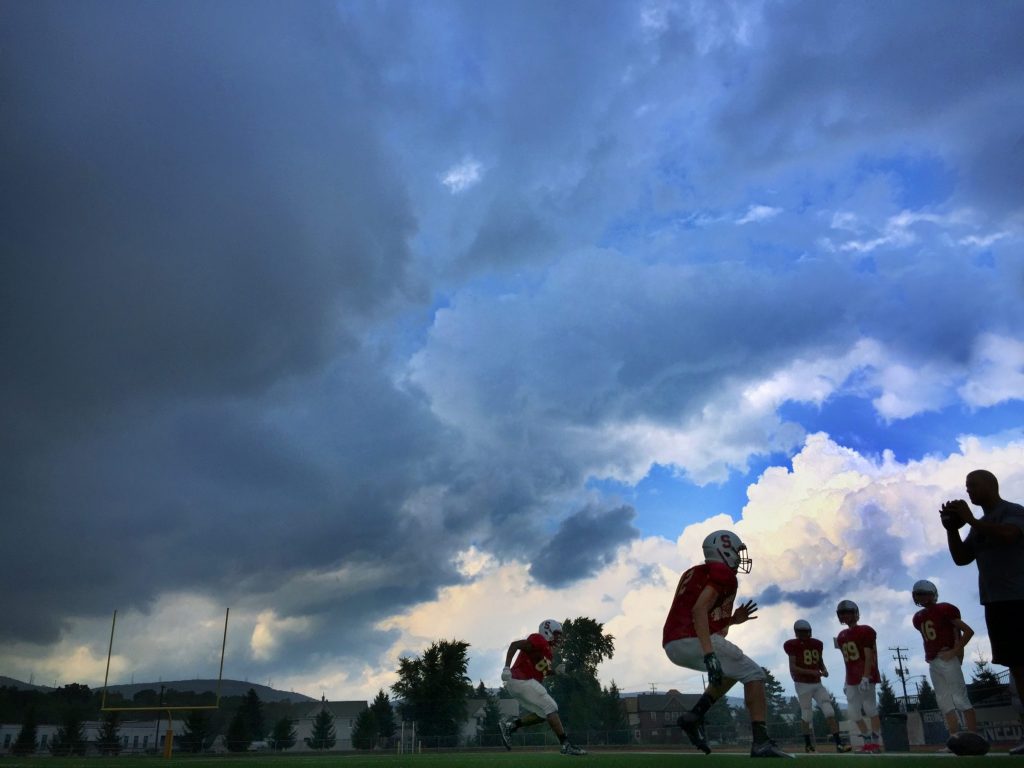 Lost in the shuffle over how many fans can attend high school sporting events, the Pennsylvania Interscholastic Athletic Association approved postseason football brackets at its meeting Wednesday.

Those brackets don’t work for the schools in District 11.

At its committee meeting Thursday via Zoom, District 11 officials proposed opting out of the PIAA football playoffs and holding an expanded district tournament. The proposal was tabled for one week so representatives from each of the three leagues that encompass District 11 — Schuylkill League, Colonial League and Eastern Pennsylvania Conference — can assess the opinions of its members.

With COVID-19 rules and regulations in mind, the revised PIAA playoffs are slated to start the weekend of Nov. 6-7, which is normally Week 11 of the high school football season, so the state championships can be completed Thanksgiving weekend, Nov. 27-28. These brackets only include district champions and are only in place for 2020.

“They want to end the state championships by Thanksgiving. In order to have enough weeks in the postseason for state play, that backed into our regular season at one point in time,” District 11 football chairman Jason Zimmerman, the athletic director at Northwestern Lehigh, explained. “The brackets they finally approved only allowed us to have a single-game district championship game in Class 6A.”

Added District 11 chairman Bob Hartman, the athletic director at Whitehall: “Based on the brackets that were presented two weeks ago, in order to have any (district) playoff games, we would have to be playing in our traditional Week 10, with the exception of 6A, which would be a two-team, championship-only contest to qualify for the state tournament.

“In every other one of our classifications, the best-case scenario was that we named a champion by power ratings. The worst-case scenario is we’re in a subregional, and we would need to work that out with the other district.”

Zimmerman proposed eight-team district playoff brackets for classes 6A, 4A and AA and four-team brackets in classes 5A, 3A and A, with most of the games being played at the home field of the higher-seeded team.

The Schuylkill League had four teams win District 11 championships last season — Pottsville (4A), Tamaqua (3A), Mahanoy Area (AA) and Williams Valley (A) — with the Blue Raiders reaching the PIAA Class 3A state semifinals before falling to eventual champion Wyoming Area.

In preparation for this situation, District 11 surveyed its schools over the past two weeks, with 38 indicating they would rather have a district tournament than compete in the state playoffs.

“The response was overwhelming. Our local schools love the district championships,” Zimmerman said. “In football, that’s the prize they’re reaching for. Everything else is a bonus. There are those exceptions, however that has been the majority most of the time.”

The district gave its members schools two options upon which to vote Wednesday:

Hartman said the PIAA needs to know by Oct. 7.

If District 11 decides to opt of the PIAA playoffs, schools will not be able to opt out of the district playoffs and compete in states.

“As much as we want teams to be able to participate for state championships as the ultimate goal, we need to have district championships, just like the PIAA needs to have state championships. We understand that dynamic,” Hartman said. “An overwhelming majority felt it was not acceptable to name a champion by power rating and send them to the state tournament.”

Also Wednesday, the PIAA approved allowing teams to continue with fall contests through Thanksgiving weekend in all sports as long as they don’t exceed the maximum number of contests already in place. That will allow teams that lose early in the District 11 football playoffs a chance to schedule one or two more games prior to Thanksgiving weekend.

“All of us have started late and don’t have full compliments,” Hartman said. “There’s an opportunity, if feasible, if safe, to continue. We thought enhancing our district playoffs in football is one way to do that. Even if you were to participate in the district playoffs, you would have the opportunity after losing to continue playing games to get to the maximum number of 10.”