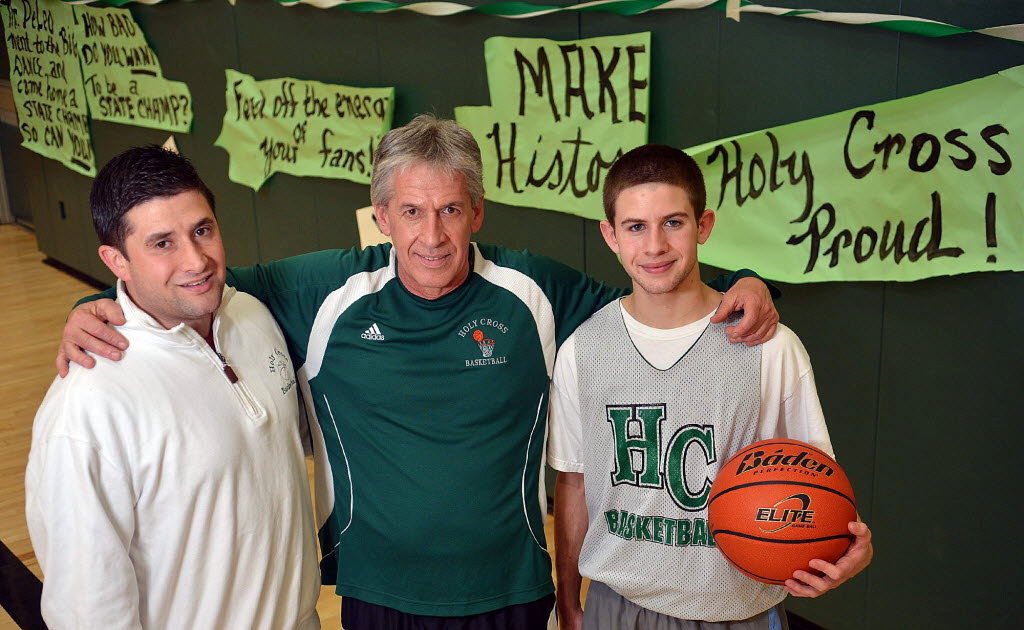 Almost a full 5 years ago — 1,819 days to be exact — Holy Cross boys basketball coach Al Callejas reached 400 career wins with a thrilling 52-48 victory over Mid Valley during the height of that rivalry.

Since that celebration, Holy Cross has won 100 of 137 games and its legendary coach reached the next flag pole milestone.

On Tuesday, the Crusaders defeated Carbondale Area, 67-32, and Callejas earned his 500th career win at his program’s home gymnasium.

This has been an incredibly rewarding three months for Callejas. 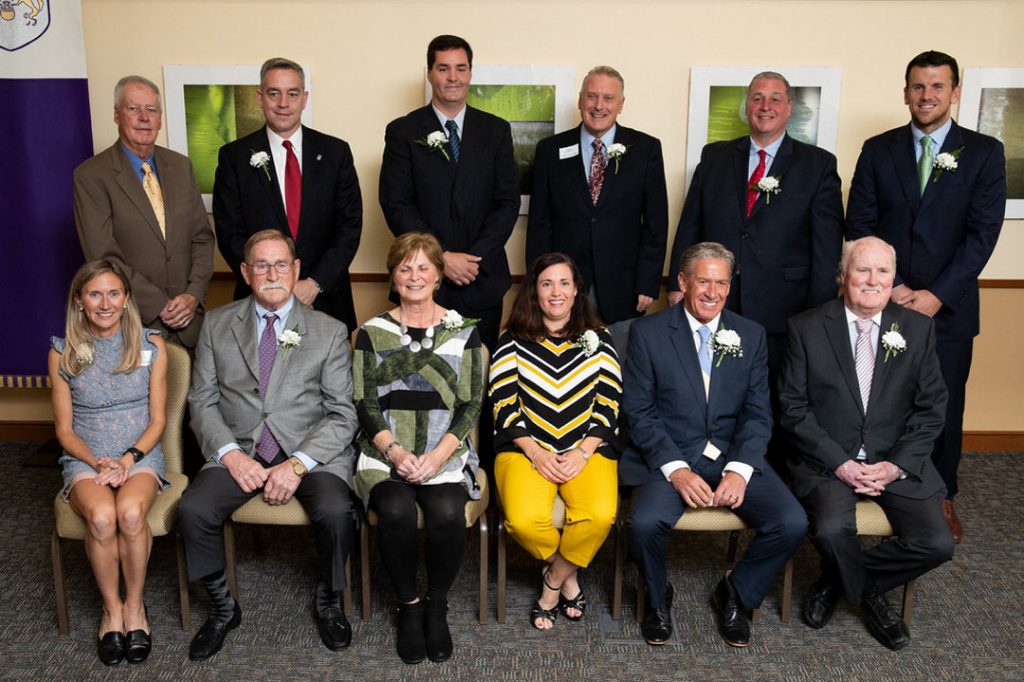 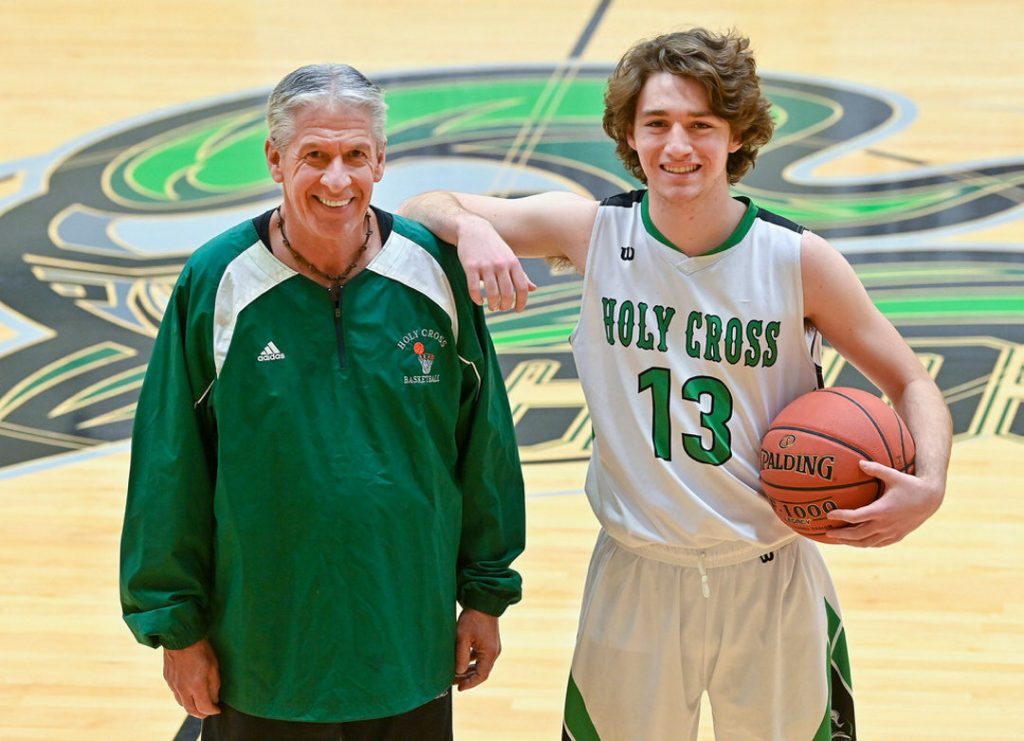 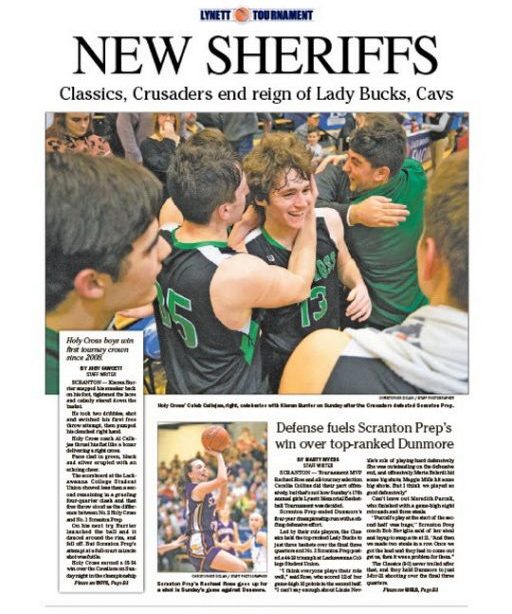 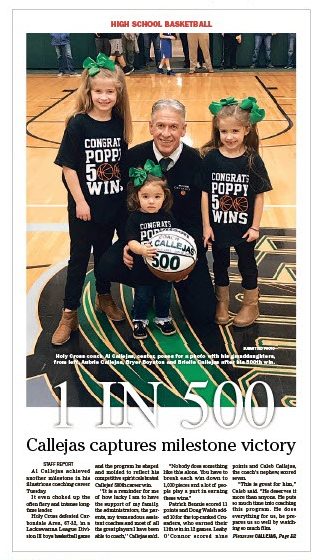 “He is a great dad and wonderful grandfather, and, yes, he has a soft side. We put together that video and what struck me is that every single player, guys from his first team at Bishop O’Hara to his current team, expressed what he has meant to them off the court. He is loyal to every single one of them when they play here and it doesn’t stop when they are 18 and they graduate.”

“From the first day I got to play for him, and I’m sure Al Jr. would say the same, we looked up to him. I am so thankful to have him as a dad and also as a coach. He is a fiery guy, but off the court, he does so much for his former players. That’s what is most meaningful to me. I am so proud to be a part of this program he built.”

“This is great for him. He deserves it more than anyone. He puts so much time into coaching this program. He does everything for us, he prepares us so well by watching so much film. We really wanted to go out and do this for him.”

“Playing four years for coach has been an honor for me. My freshman year, I was scared out of my mind. He is a tough coach, but it’s out of love because he cares so much for us. He wants us to be the best that we can be. I am so happy for him to get this win. I know he doesn’t want the attention, but he deserves it.”

That win and celebration has been a big part of an exciting start to the season for the Holy Cross program. Last week, Kieran Burrier scored the 1,000th point of his career in a win over Old Forge.

Here is the video courtesy of Holy Cross High School:

Posted by Joby Fawcett, The Times-Tribune on Wednesday, January 8, 2020

All of this has Holy Cross firmly in control of Division III, especially after a win over Lakeland last week.

But there are challenges ahead: 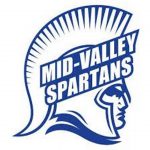 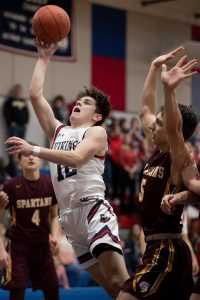 Scranton Prep has rebounded from its loss in the Lynett Tournament Championship game and has won four straight games. The Cavaliers are averaging 58.8 points in their wins and have defeated four straight teams ranked in The Times-Tribune Top 10 Poll. 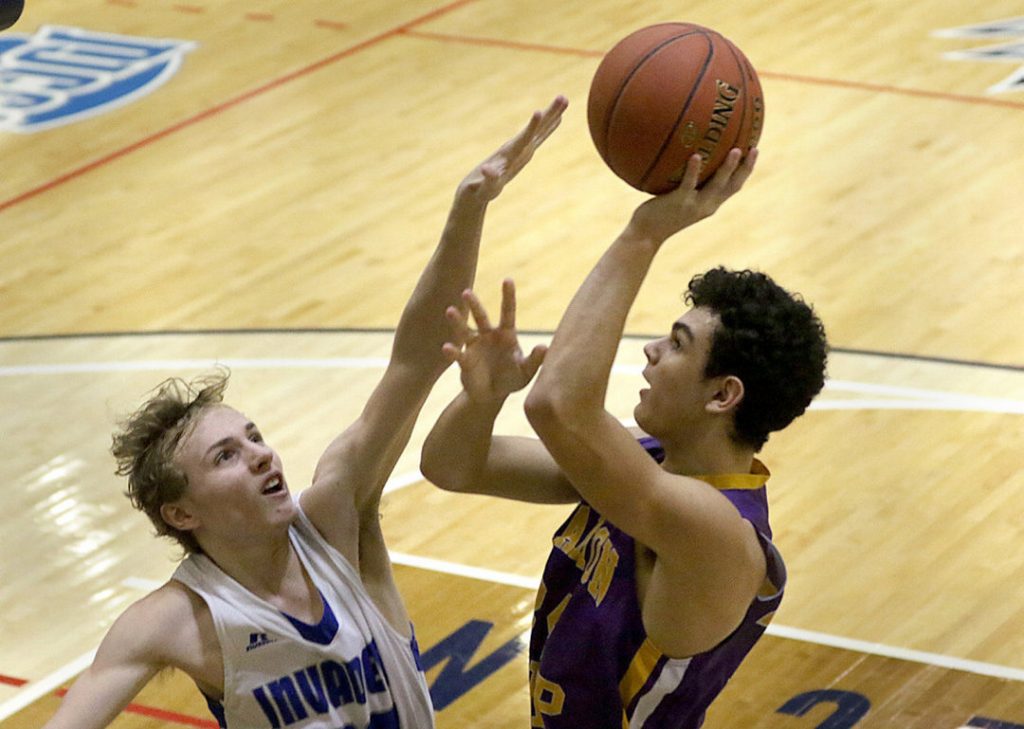 Lo and behold, though, take a look which team is lurking and also in a tear. … The defending division champion Abington Heights Comets.

That’s right. After losing to Scranton in the Lackawanna League opener to end a 23-game league winning streak, and plunge their overall record to 4-5, the Comets have won four straight to move to 8-5. Those wins include one over previously undefeated Wallenpaupack.

DIVISION I CHAMPIONS SINCE MOVE TO FOUR DIVISIONS 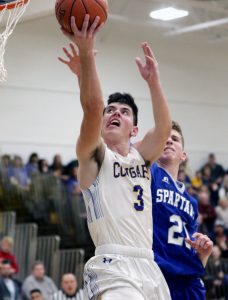 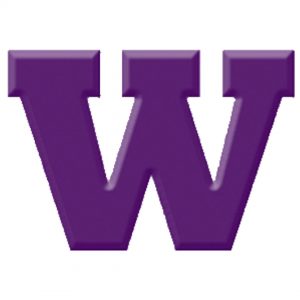 Wallenpaupack is flexing its muscle. The Buckhorns suffered their first loss of the season when they fell at Abington Heights. But in the division, the reigning champion has looked very formidable.

The Buckhorns are 4-0 against Division II teams which includes a win over Honesdale in the annual Jaycees Tournament. 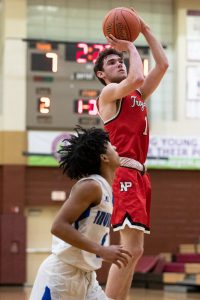 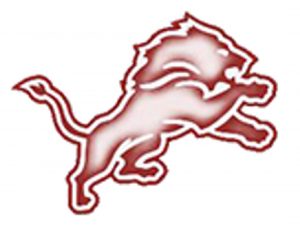 Since opening the season with a 59-57 win over Elk Lake in the league opener, the Lions have beaten Mountain View, Forest City and Montrose by an average of 12.0 points per game.

Lackawanna Trail gets its first shot at defending Division IV champion Susquehanna on Saturday at 1 p.m.