Just arrived home Sunday after a weekend in Long Island taking Meghan back to Hofstra University.

Spent 4.5 hours on a tense drive through the Poconos as predicted precipitation turned to freezing rain and snow Saturday afternoon. It disabled at least six vehicles as we traveled past the scenes where state police vehicles flashed lights. Through that long drive, the goal became to keep my daughter calm. We joked and laughed.

Got a chance to sit with her for dinner at the student center. Her eyes beamed, the smile broadened as she showed off a mature personality. This is her home away from home. But there, she is in charge.

Again, we laughed. We even shared some stories of when I attended college so many decades ago.

As we left, I hugged her, and now she knows I weeped like a baby on the drive to the nearby hotel.

When I got home, I immediately turned on the computer and started working on a blog post. I had fallen behind. Grace came out of her room and said, “Dad, Kobe Bryant died in a helicopter crash.”

I couldn’t believe it. Then, came the confirmation, and sorrow and heartbreak as it became clear the basketball legend’s daughter also died in the accident. So, too, did seven other people.

As a dad, I couldn’t stop myself from thinking about the cherished days I spent with Meghan on this trip back to school. A trip she takes a couple of times a year now, but I am usually not able to accompany her. I texted her more last night than usual. I took Grace to and from work too. It’s a short trip, but it meant more yesterday.

I turned the computer off in mid-sentence. The blog post could wait.

Kobe Bryant is an icon. His tragic death hit home in NEPA, too.

As a high school superstar, he and Lower Merion played against Scranton. Marty Myers covered the state playoff game in 1996. Willie Chandler played in it. Jack Lyons coached in it.

Here is another well-written piece by Marty on a basketball legend, taken much too soon, who had a lasting and wide-reaching impact on the lives of millions:

HERE IS THE POST WORKED ON AND NOW FINISHED

Play in the Lackawanna League, which sharing the spotlight with the great fundraising effort of the community in NEPA during Coaches vs. Cancer week, really intensified.

There were some great head-to-head battles, emotional events, and a pair of Wayne County stars who have taken over as their program’s top scoring leaders of all time. 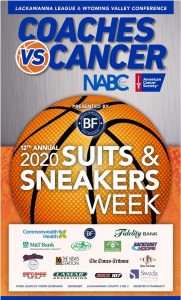 Posted by Joby Fawcett, The Times-Tribune on Tuesday, January 21, 2020

Don’t forget there are still some Coaches vs. Cancer events scheduled for this week for those teams that didn’t host games.

Those include a Friday matchup between West Scranton and Scranton Prep at the Xavier Center.

At that game the Coaches vs.. Cancer Sneaker Cam makes its only appearance at a high school game.

After Valley View had a very emotional pregame ceremony at its game against Abington Heights, the Cougars went out and played inspired basketball.

Led by a balanced attack that featured Connor Kelley and Adam Howanitz leading the scoring, and Nick Tomassoni running a very disciplined offense, and Zack Kovalchik and T.J. Noto leading the defense, the Cougars defeated Abington Heights for the first time since Dec. 14, 2007 — a stretch of 18 games.

Valley View overcame an early 10-point deficit to beat Abington Heights, 44-42 in overtime, in a nonleague boys basketball game Friday night.
Kyle Colachino led the Cougars with 14 points, including three in overtime and seven during a 13-3 second-quarter surge that got Valley View back in the game. Scott Fenton added 12 points and 10 rebounds while Dave Abdalla handed out six assists.
Abington Heights forced overtime when Spencer Liddic made a layup with a second to go in regulation. E.H. Murphy had 12 points for the Comets.

In this year’s matchup, with Colachino on the bench as an assistant coach, Valley View turned in its best performance of the season.

ARCHBALD — Connor Kelley launched a deep shot from the corner and when it swished through the net, it ignited a Valley View offense that didn’t slow down.
On an emotional night at the school, which held a Coaches vs. Cancer ceremony that included a parade of fighters and survivors, the fifth-ranked Cougars played with passion and turned away No. 1 Abington Heights, 60-33, on Tuesday in a key Lackawanna League Division I showdown.
Sparked by Kelley’s (16 points and a balanced attack, Valley View grabbed a share of first place with Scranton Prep as it improved to 12-3 overall and 5-1 in the division with its fifth straight win.
The Cougars also snapped an 18-game losing streak to Abington Heights. Their (last win came in December 2007.
“It was just a great night,” Kelley, a senior, said. “All week, we focused on us and the chemistry we have had. We have a lot of things going well for us right now. We build off each other’s energy and it’s fun to play this season with all of my friends.”

Posted by Joby Fawcett, The Times-Tribune on Tuesday, January 21, 2020

Valley View’s win broke the three-way tie with Abington Heights and Scranton Prep for the Division I lead. 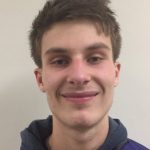 Then, the Cougars added wins over Delaware Valley.

Scranton Prep endured a three-game week that saw it defeat Delaware Valley and Division II leader Wallenpaupack on the road, thanks to a two-game total of 32 points from Gavin Bednarz. The Cavaliers finished the week with a nonleague win over Pottsville.

These teams both have games set for Tuesday, then will play Wednesday at the Xavier Center in a makeup of a postponed game from last weekend.

GAME OF THE WEEK 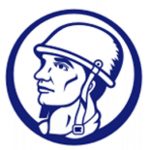 West Scranton finished the Coaches vs. Cancer week with an outstanding comeback win over Western Wayne at the Lackawanna College Student Union.

Cayden Merrified, who is the most explosive player in the Lackawanna League, had a huge second half and finished with 28 points and six assists as the Invaders clinched a District 2 Class 5A playoff position.

HS BASKETBALL: West Scranton’s Cayden Merrifield scores 28 points and had 6 assists to lead Invaders to a 65-58 win over Western Wayne

Posted by Joby Fawcett, The Times-Tribune on Friday, January 24, 2020 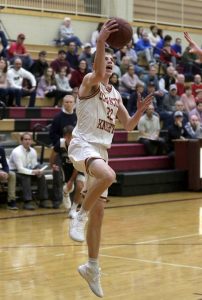 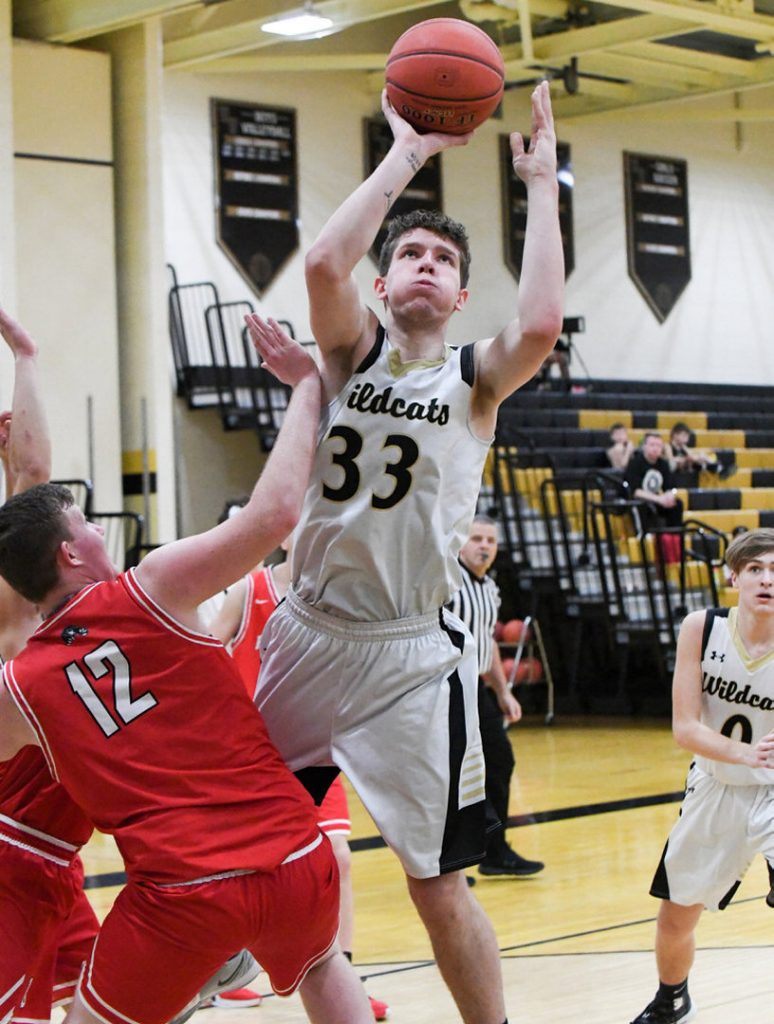 It was an historic week for Wallenpaupack and Western Wayne High School’s. 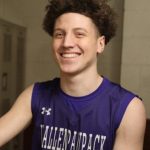 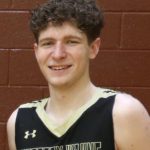 Western Wayne beat Bloomsburg on Saturday, as Rovinsky scored 22 points. He passes Dave Andreychik, who established the former record of 1,457 points in 1979. 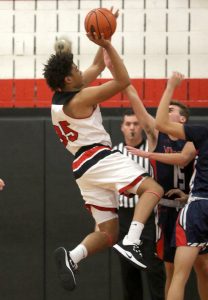 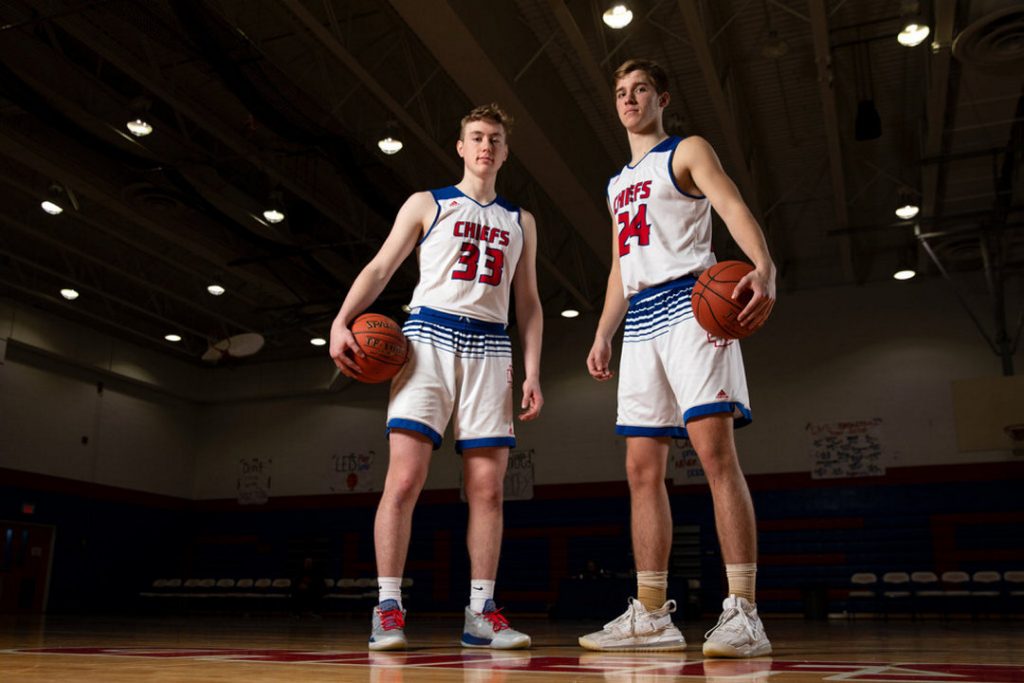 Lakeland has a one-half game lead over Holy Cross in the standings. This week’s In the Paint feature in The Sunday Times took a look at the impact and improved play of senior friends Chris Mellon and Tim Prawdzik.

Holy Cross kept pace and Riverside is red hot and on a four-game winning streak in a division that is proving to be very competitive from top to bottom.

Lakeland finishes the week at Holy Cross on Friday. 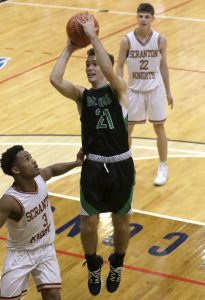 OK, the Division IV chase is pretty intense. Lackawanna Trail, it has seemed, is running away with the crown because its the only team in the division with a record above .500 overall.

That being said, Mountain View is right on the heels of the Lions in the division.

After having their game with Blue Ridge go over two days following a power outage, the Eagles are 6-1 and are one-game back of the Lions in the division.

That race could tighten up even more Tuesday night.

That’s when Lackawanna Trail visits Mountain View for another Coaches vs. Cancer game.