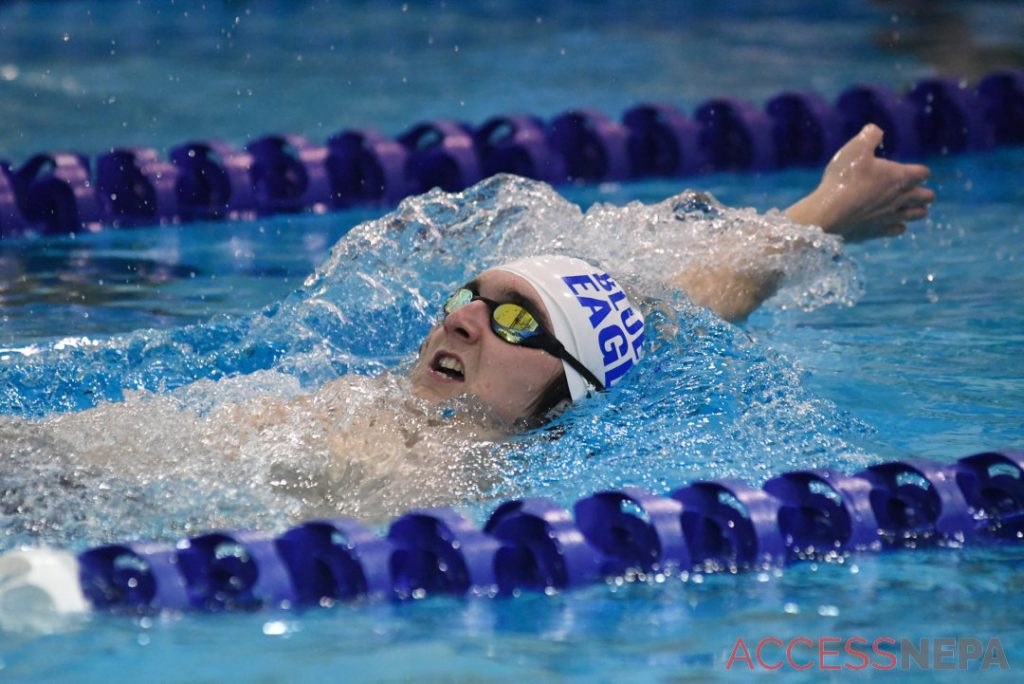 She showed why when she got in the water.

The Eagles’ junior recorded her best times of the season, winning both events in dramatic fashion to help Blue Mountain roll to a 118½-61½ victory over the Crimson Tide at the Ned Hampford Natatorium.

Both Yuengling and Katherine Sarnes had a hand in four victories as the Eagles (11-0, 10-0 SL) captured their seventh straight Schuylkill League crown and extended their league dual-meet winning streak to 70 straight.

The Blue Mountain boys also cruised past Pottsville, winning 117-43 to claim their third straight league crown and seventh in the last nine years.

“Morgan has continued to drop times over the last couple of weeks,” Marra said of Yuengling. “She’s really found her groove, especially toward the end of the season. She’s been really motivated as her times have continued to go down. Going up to this race, she talked to me beforehand and said, ‘Coach, I want to swim the 50 and the 100 tomorrow.’ I said, ‘Go for it.’

“There was definitely some motivation going into the race. Pottsville is always a great meet and the pool is a fast pool. She definitely did what she needed to do today.” 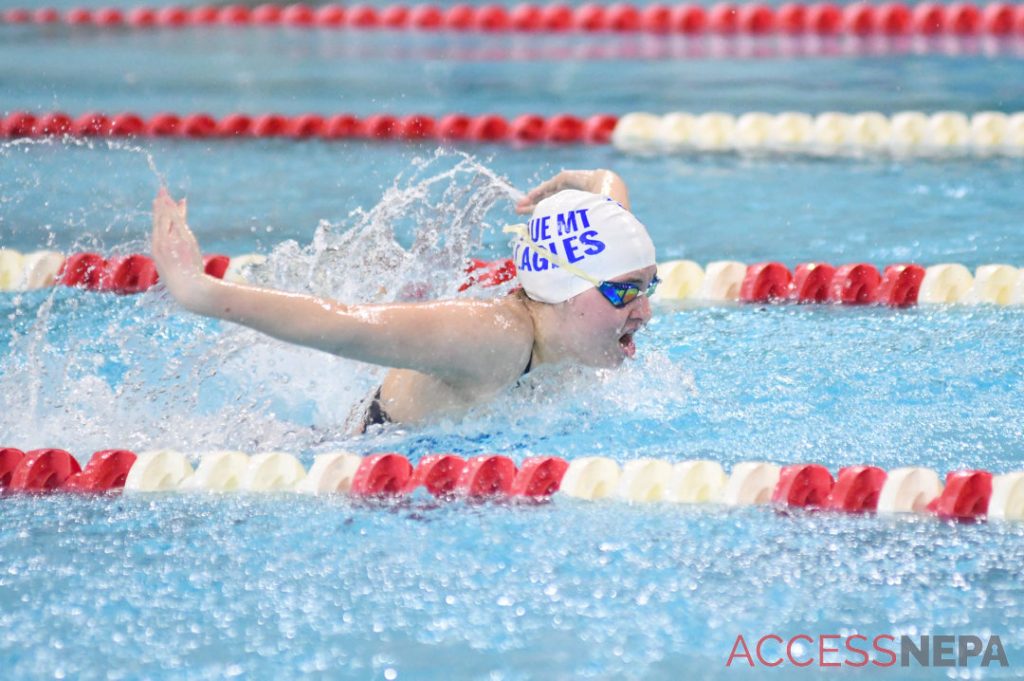 Yuengling won the 200 freestyle and was second in the 100 breaststroke the first time the teams met this season Jan. 21, a meet the Eagles won 125-60.

“I thought my performance was really good because I had amazing competition in the pool and my team was really pushing for me to do well in those events,” said Yuengling, who also swam legs on Blue Mountain’s victorious 200 freestyle and 400 freestyle relay teams.

Maria Lopez (100 fly) added an individual win for Blue Mountain, which has been able to continuously blend older, experienced swimmers with young, talented girls throughout its seven-year reign as league champions.

Taleah Ruben (200 IM, 100 breaststroke) was a double-winner for Pottsville (8-2, 8-2), while Greta Snukis won diving and Katie Painter took first in the 100 backstroke.

“We mesh really well,” Yuengling said. “All of us really get along and we all support each other a lot. We want to see each other do well and continue the legacy.” 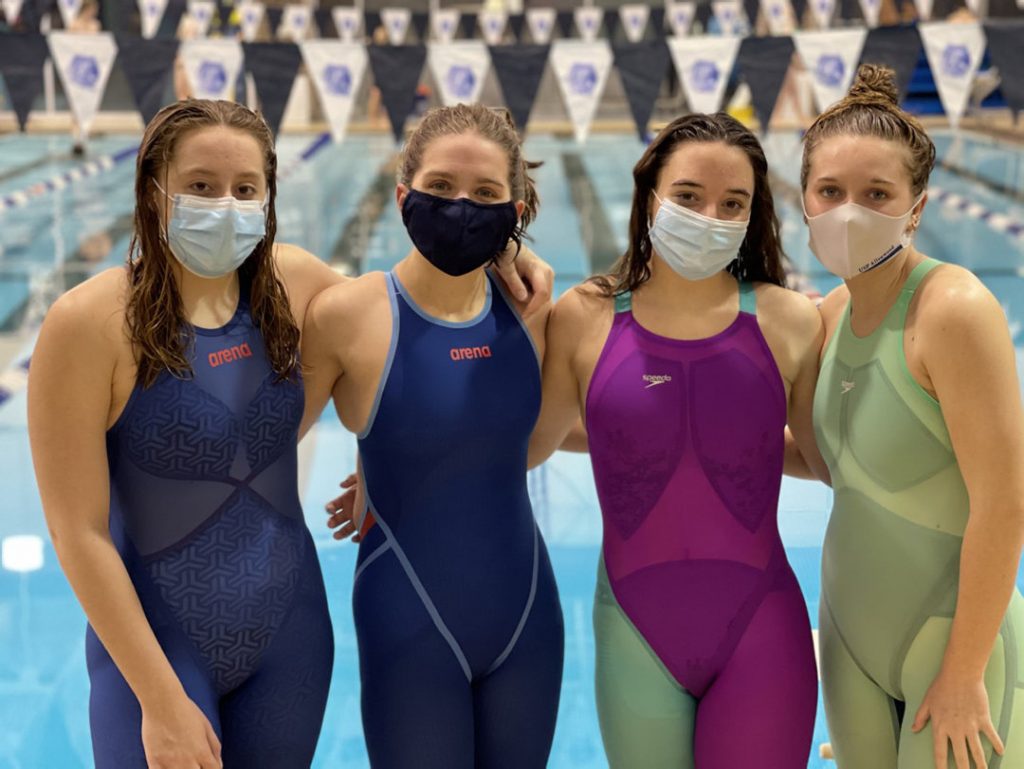 SUBMITTED PHOTO
The Blue Mountain quartet of, from left, Victoria Ellex, Hannah Magdeburg, Maria Lopez and Morgan Yuengling broke the Glen Belmont Natatorium pool record in the 200-yard freestyle relay on Feb. 11, 2021, with a time of 1:42.55.

Added Marra: “Our girls have continuously stepped up. I think that every year we continue to win it motivates them for the next year. It’s definitely an underlying factor when we come in, to come in and make sure they’re swimming their best.”

The Tide’s Zaidian Van Orden won the feature race of the day, placing first in the 100 freestyle in a blistering 48.47 as Sopko and Yuengling took second and third. Van Orden just missed breaking the school record of 48.23 set in 1990 by Bill Gudelunas.

“This year, with as short as our season has been, different people have gotten to swim some different things,” Marra said of his boys’ squad. “We found some strengths that we didn’t realize were there in past seasons for certain individuals. The motivation of knowing that they want to come in and do the best and try to get out to districts has been a big factor in everything they’ve been swimming.”