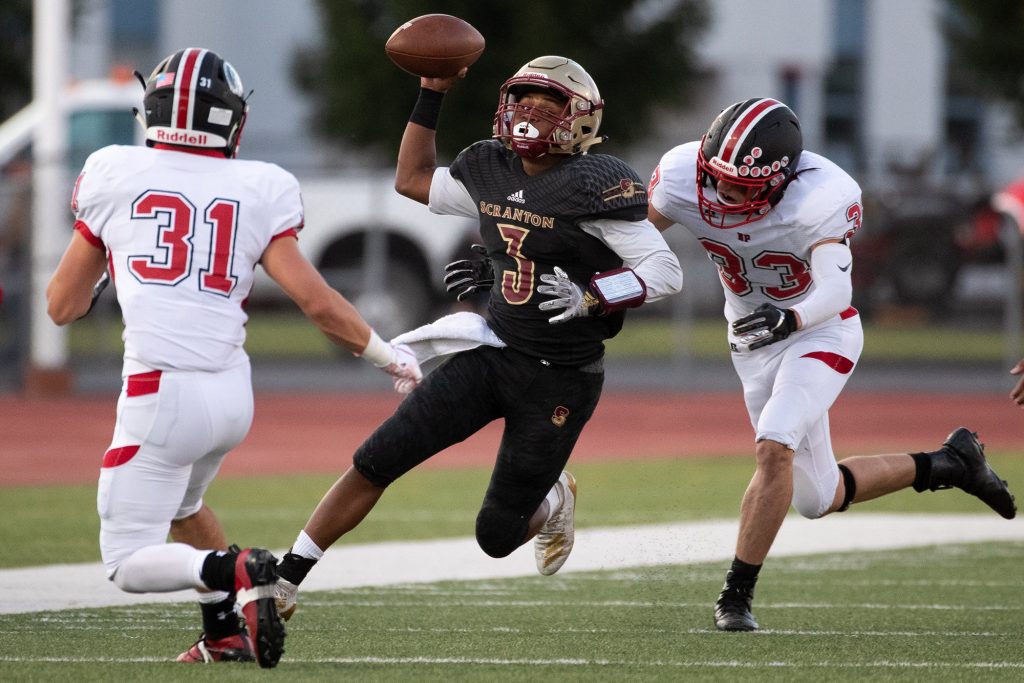 The senior quarterback plunged for the game-winning touchdown with nine-tenths of a second left in Friday’s 26-21 win over North Pocono. He threw for 193 yards and a TD, and ran for 53 yards and two more.

Athletes you admire: I grew up with a lot of athletes, so people I look up to are Ky’Ron Harbin, Rodo Brown and Quincey Vassell.
Do you follow any sports teams? Philadelphia Eagles. 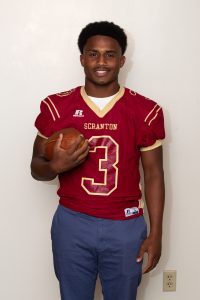 What NFL player do you admire most? Carson Wentz, just because he is the same position as me. He has the same heart as me and he’s good all around, running, passing, whatever.
Superstitions or rituals on gameday? I go to the end zone at the pylon, get on a knee and pray for everybody I’ve lost and everybody who will be there with me in the game.
Three people you’d like to have dinner with. My grandma, my father and Michael Jackson.
Other than football, what skill would you like to master? Being smarter in school.
But you have to be pretty smart to be a quarterback, so is there something else? I was good at trumpet so I’d say that. I only played for one year and I was actually good.
What is something you think everyone should do at least once in their life? Pray.
Who’s your funniest teammate? Ricky Walker. He’s good to communicate with. Even if we’re down, he finds ways to make me smile.
Who is the one person who has had the biggest influence on your football career? Probably Rodo Brown because he was there the whole time I was there. Seeing what he was doing got me up and got me saying I can do this.
Have you started thinking about what lies ahead for you after high school? Not yet but I know I want to play football. I want to stay on the field.
One person you would like to have on your team from another team. Kevin Williams from West Side, The read-option would be crazy.