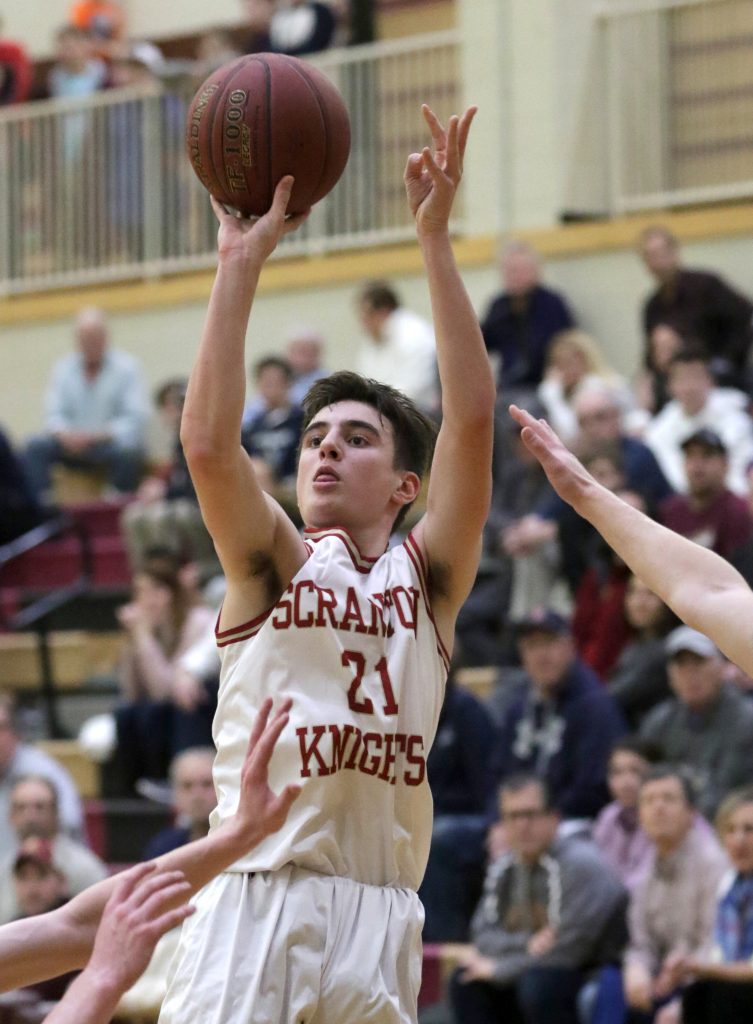 Kevin Lazdowsky helped the Scranton High School boys basketball team get back to Mohegan Sun Arena for the third straight year.
The junior scored 33 points in playoff wins over Delaware Valley and Hazleton Area, advancing the Knights to the District 2 Class 6A final against Wilkes-Barre Area. Lazdowsky had all 14 of his points against Delaware Valley in the second half of a 44-36 win. He then netted a game-high 19 points in the semifinals against top-seeded and three-time defending champion Hazleton Area, scoring Scranton’s final eight points including the game-winning free throws with 12.5 seconds left, 51-50.
Here is more from Lazdowsky’s Athlete of the Week interview: 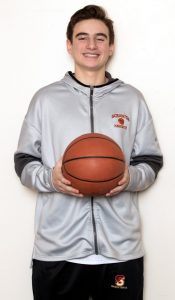 Athletes I admire: Kevin Garnett and Russell Westbrook. The way they play the game and for the community service they do.
Favorite food: Pizza
Three people I’d like to have dinner with: Kevin Garnett, Larry Bird, Donald Trump

When you were shut out in the first half against Delaware Valley, what were you feeling and thinking? Frustration, because they were playing really good defense. But my coach got me motivated before the second half and that helped me. He told me I wasn’t the best player on the floor in the first half and I just decided to be in the second half. When you finally did score, what were you feeling? A sense of relief. Seeing my first basket go through the hoop was helpful.
Going to the foul line against Hazleton Area, down by one in the final seconds. How many times have you played out that scenario in the gym or your backyard? All the time. Three, two, one … shoot the ball, miss. Get it back, three, two, one … shoot it, make it. How often do you practice shooting free throws? I wasn’t that good with them last season. I knew I was starting varsity this season, so I knew I had to make a big improvement on that. Especially in the paint. Do you shoot x-amount a day? We usually shoot free throws after whatever we do in practice. I’m usually pretty confident I can knock them down.
What do you need to do to be successful against Wilkes-Barre Area in the final? Play physical. They have a lot of big guys. Their tallest guy is like 6-6, our tallest guy is 6-3. So we have to play physical and with a lot of heart. It’s going to be tough playing in the Arena, too. How tough is it to shoot there with the stand-alone baskets and depth perception behind them? It’s really tough. Last year I had a difficult time in warmups. I didn’t really shoot that much in the game, but during warmups I didn’t make anything.
The team’s record is 11-13. What’s this season been like? It’s been up and down all season. But the biggest games we come together and Hazleton Area was one of them. We’ve just got to keep pushing.

Post-graduation plans: I have no clue yet what I want to study in college. If I’m able to play basketball in college, that’s what I’d like to do.