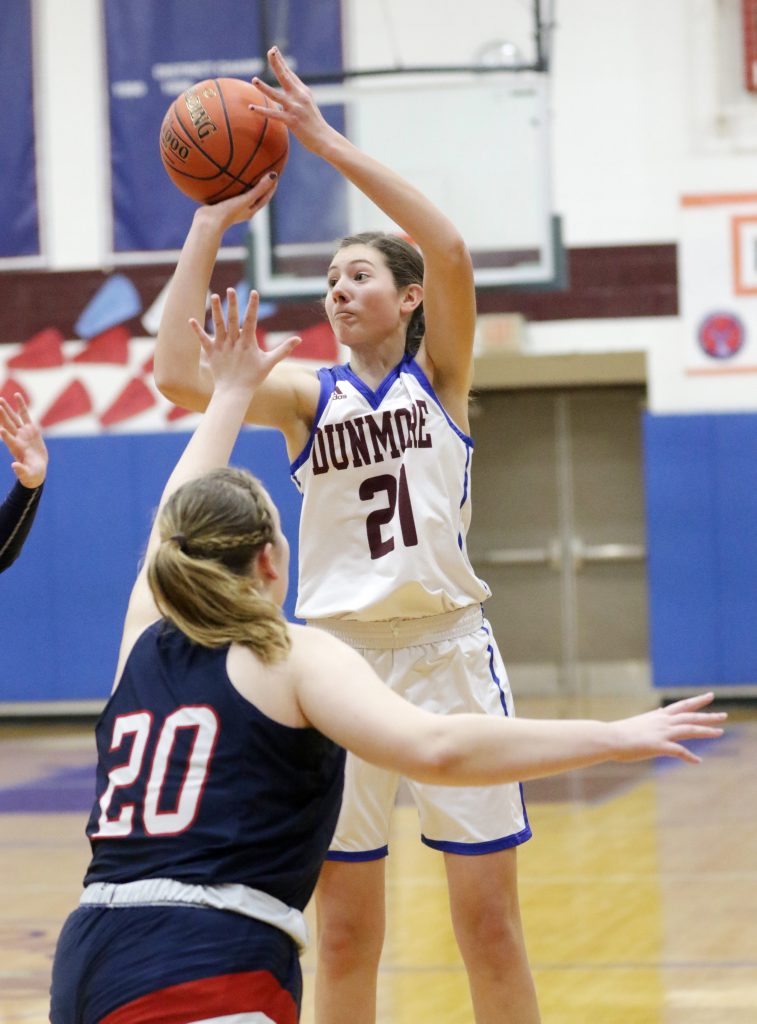 Dunmore girls basketball team won three more games last week and freshman Ciera Toomey played a big role in all three wins.
She scored 16 points in a 50-6 victory over Forest City; had 22 points, eight rebounds and four blocks in a 59-28 thumping of perennial District 4 power Loyalsock; and netted 15 points in a 68-18 triumph over Lakeland that gave Lady Bucks head coach Ben O’Brien his 300th career win.
Here is more from Toomey’s Athlete of the Week interview:

Other sports I play: Golf
Favorite teams: UConn and Oregon women’s basketball
Athletes I admire: Michael Jordan. My mom liked him and would always talk about him.
Reaction to Kobe Bryant’s death: We actually found out about it at practice. My mom told us. Our whole team was in disbelief. It took a while to set in. It didn’t hit me until the next day. 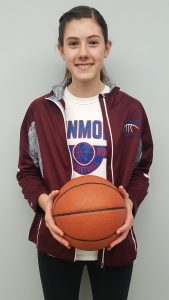 Favorite food: I really like steak.
Superstitions and rituals: Before a big game, I’ll clean my room because it helps calm me down. I also have a playlist that I listen to before every game. That kind of gets me in the mood.
Three people I’d like to have dinner with: Brianna Stewart, Jordan Spieth, Michael Jordan

The win over Lakeland was coach Ben O’Brien’s 300th career victory. What did it mean to you to be a part of that? It was so cool. He deserves it so much. He works so hard and puts so much effort into everything he does. Seeing him that happy was very nice. What is it like playing for him? He finds the little things that each player does well and really works on it. He also finds things people need to work on and try to strengthen that part of their game. He just tries to make everyone better, including himself. He always wants to be the best coach he can.

Any areas the team needs to improve upon heading into the postseason? I don’t know. Our team togetherness is strong; on and off the court we all are really close. Every game is different. You need to be ready for anything. Obviously, we have a target on our back. If you’re from Dunmore, there are expectations. Everyone wants to be the one to knock us off.
Last year, the team went to the state final. What did you learn by watching that team? Definitely how much the crowd can affect the game. Pretty much our whole town followed us everywhere we went, which was pretty cool. They say the crowd is the sixth man. That’s one thing about Dunmore. We always have a good sixth man. Think this year’s team can make another deep postseason run back to Hershey? That’s always the plan and the expectation. If all the circumstances are right, I think we definitely can.

Your mom had a standout career at Dunmore and so did your sister. As a freshman, do you feel any pressure to do the same? Everyone always asks me, ‘Are you going to be better than your sister?’ My mom always says we’re different players, so that’s usually how I answer. My mom being a coach helps. She always there to tell me what I’m doing wrong or tell me how I can be better. My sister, too. I respect their opinions. Having them to listen to is very good.

Post-graduation plans: I’d definitely want to do something with math, like engineering or architecture.