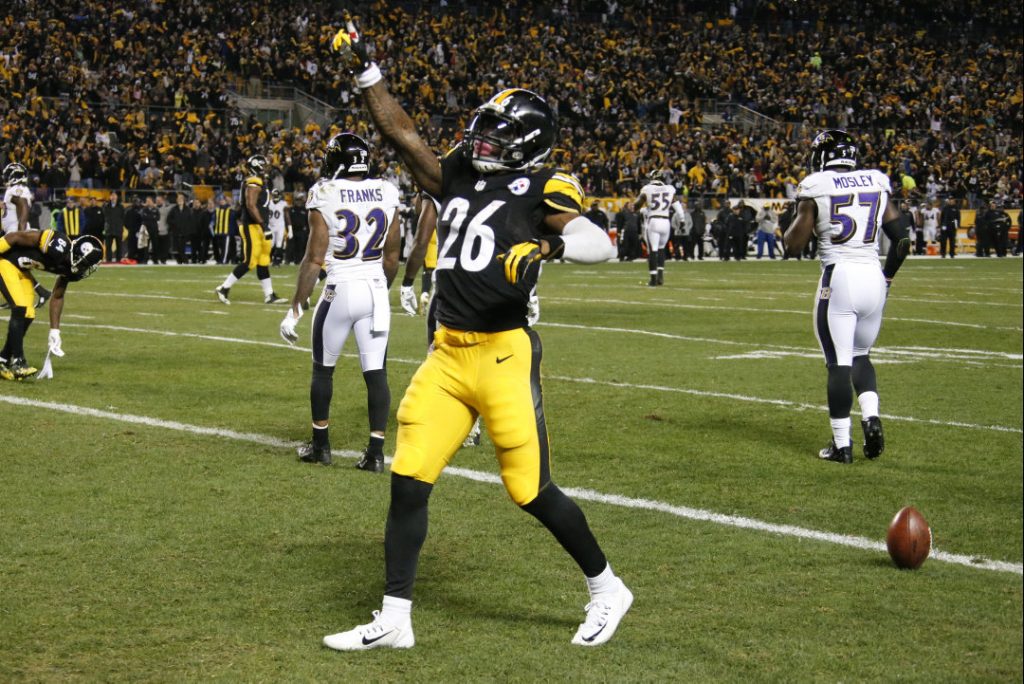 Our top five Steelers games to watch since 2009

As someone who grew up a Packers fan (don’t ask; I don’t really know), I was delighted to text my dad, a Steelers fan, when Green Bay’s Super Bowl victory over Pittsburgh re-aired on Fox Sports 1 recently.

It’s not a game he remembers as happily as I do. Luckily for him, he can look back on better times whenever he feels like it.

Like we covered with an Eagles spin last week, the NFL’s online streaming service, Game Pass, is free to everyone through the end of May. Full broadcasts of all games starting with the 2009-10 season are available for any football fan looking to remember a time before the coronavirus pandemic, when live sports were everywhere.

For Steelers fans, there’s no shortage of memorable games to relive from the past decade. So throw some fries and coleslaw on a sandwich and fire up recent classics such as these five games as we all continue to pass the time at home:

A wild fourth quarter started with Pittsburgh up, 24-14, saw the Packers take a 36-30 lead and ended with a remarkable 19-yard touchdown reception by Mike Wallace on the final play of the game. Ben Roethlisberger set a franchise record with 503 passing yards and sent me to school devastated the next day. Moving on!

In a duel between two gunslingers, Andrew Luck threw for 400 yards — and it wasn’t nearly enough to spoil a career day for Roethlisberger. As the Steelers donned their bumblebee throwbacks, Big Ben set franchise records in completions (40), passing yards (522) and touchdown passes (six).

It was a glimpse of what could have been for the Steelers offense. As Roethlisberger completed 40 of 49 passes, Antonio Brown caught 10 for 133 yards and two scores, including a tough one-hander; rookie Martavis Bryant hauled in two TD grabs; and second-year wideout Markus Wheaton also found the end zone. Le’Veon Bell, then a second-year running back, dazzled as a runner and receiver, too.

Bryant, Wheaton and Bell all played their final games as Steelers by the end of 2017. However, there was nothing but potential on display in this shootout, which was a one-possession game entering the fourth but ended in a 51-34 Steelers win. 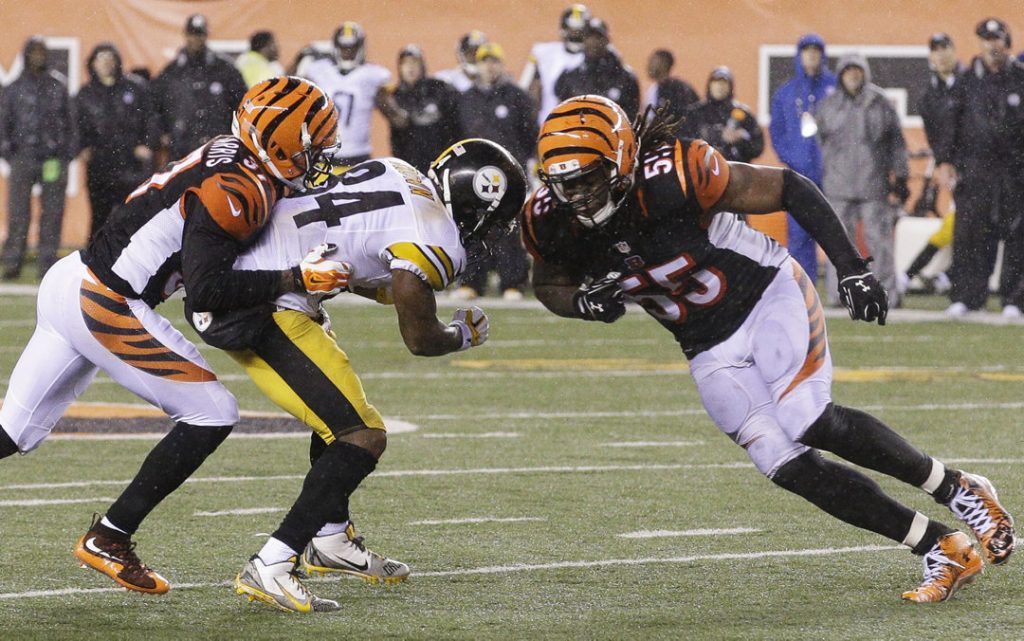 What could top Roethlisberger’s huge game against the Colts? Doing it all over again one week later, on Sunday Night Football against the despised Ravens.

Roethlisberger didn’t come close to another 500-yard game here — his final count stood at 340 — but he threw for six touchdowns for the second week in a row. The Steelers were shut out after one quarter, but TD receptions by Bell, Bryant and Wheaton sent them to halftime up by 12 in what ultimately became a 43-23 victory.

We all remember this as the game in which Vontaze Burfict hurt Antonio Brown with a vicious, dirty hit. The ugly play marred what was an intense fourth quarter between the two AFC North rivals.

Pittsburgh led after three periods,15-0, but everything seemed to be falling apart as soon as it punted out of its end zone to start the fourth. The Bengals scored a TD and booted a field goal to close the gap to 15-10. Meanwhile, the Steelers offense — already playing all night with Fitzgerald Toussaint and Jordan Todman in the backfield — fizzled as Landry Jones took snaps in emergency relief.

A.J. Green’s athletic TD catch capped Cincy’s comeback with 1:50 to go. Then, Burfict’s diving interception of Jones seemed to seal the win — until Jeremy Hill fumbled away a sure victory. Roethlisberger re-entered the huddle and kept the Steelers’ late drive alive, two flags (including Burfict’s hit on Brown) put Pittsburgh in field goal range, and Chris Boswell’s leg lifted the Steelers to an 18-16 win.

On Christmas Day, Pittsburgh got in the holiday spirit and gifted its fans an AFC North title — and the Ravens an early vacation.

Baltimore needed to win to keep its postseason hopes alive. The Ravens should’ve ruined Pittsburgh’s holiday, too. They started the fourth quarter up, 20-10, and when the Steelers rallied, Kyle Juszczyk’s physical run put Baltimore back in front, 27-24, with 1:18 to play.

Pittsburgh made its ensuing two-minute drill look easy, though. It coasted into field goal range within the next 30 seconds, and Antonio Brown scored the winning TD with seconds to go as he got stood up on a catch but reached out for the goal line.