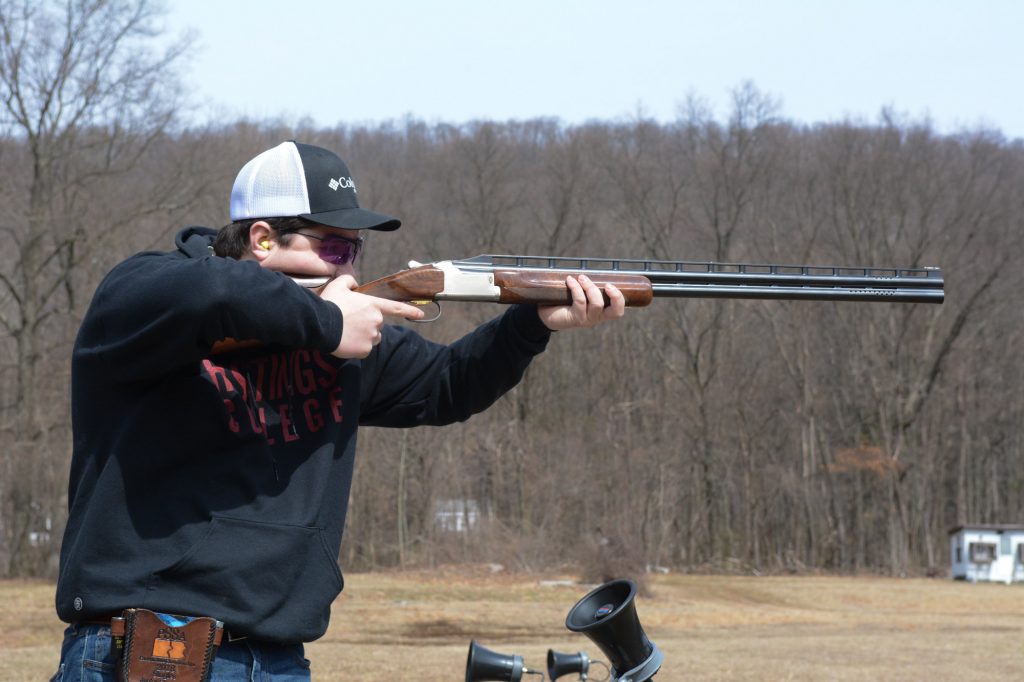 FOUNTAIN SPRINGS —Starting with a shout every few seconds to release the targets, gunshots echo through the woods surrounding the Ashland Gun and Country Club.

Pieces of clay, pelted by shotgun pellets, spin to the ground.

It was another trapshooting practice round for North Schuylkill senior Tyler Brown, who was spending another day honing his craft during his school’s hiatus in the ongoing coronavirus epidemic.

With a long list of honors acquired during summers traveling to amateur shoots in several states, Brown has become skilled enough at trapshooting that he has received an athletic scholarship.

He will extend his shooting career at Hastings College, an NAIA school located 2.5 hours west of Omaha in southcentral Nebraska.

“At first, before I contacted any coaches, I thought I’d stay in PA and go to school and keep shooting in the summers,’’ Brown said. “Then, when I started thinking about it more and the (college) coaches contacted me, I said, ‘You know what? This is what I’ll do in college. I’ll go out and shoot.’ ”

Brown credits Williams Valley club advisor Ryan Ramsay with teaching him much about a sport that Brown began after a question from his father, Gary, in 2014. 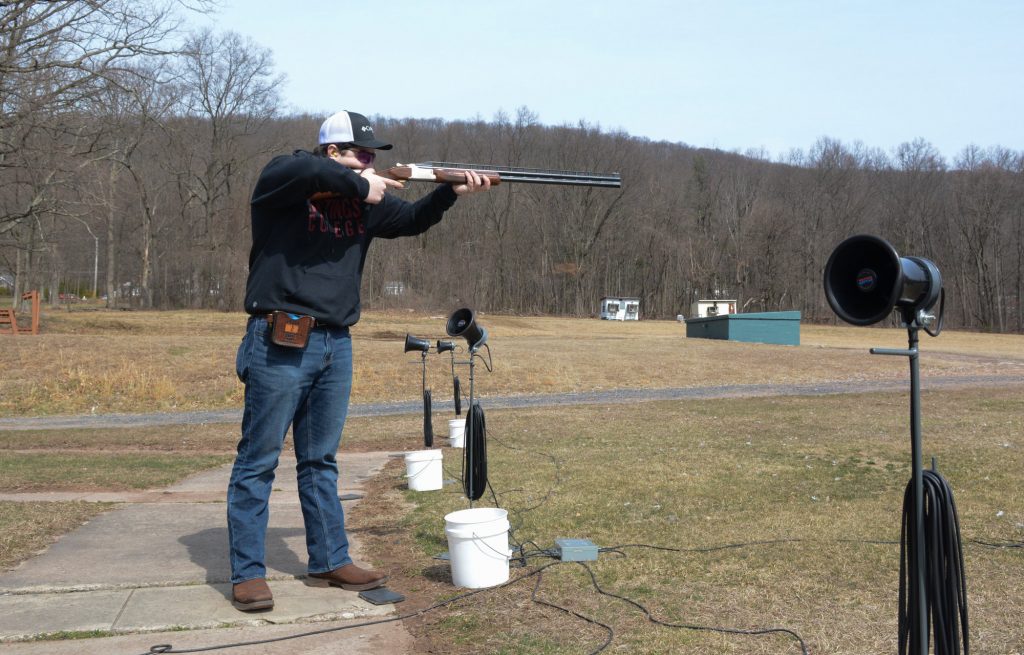 That first attempt occurred at a youth shoot at Ashland Gun and Country Club, a member of the Pennsylvania Trapshooting Hall of Fame that has been in operation for 104 years.

Tyler said he hit 21-of-25 targets in his trapshooting debut.

“Then the next time I went out and I did pretty bad, but whatever,” he said.

By then, he was already hooked onto a sport that has eventually taken him to events throughout the Mid-Atlantic region. He has earned both All-State and All-America honors, including a berth on an all-Pennsylvania team that competed in Ohio. His teammate on that squad included Otto-Eldred graduate Corre Smith, a freshman at Hastings this year.

“Especially going all the way out to Nebraska, it’s nice to know somebody out there,” Brown said.

Brown also has since learned to shoot singles, doubles (taking down two targets flying simultaneously) and handicap, which requires him to stand at an extended distance to shoot at targets.

Brown said he will get a strong dose of all disciplines at Hastings. It won the recruiting battle for Brown against Midland University in Nebraska and Lindenwood University in Missouri.

“I’ve shot sporting clays and skeet before, but out there, I’ll be shooting that more than I ever have in the past,” he said of Hastings. “I’ll be focused on all three instead of just one.”

In addition, Brown said he gets the opportunity to try virtual trapshooting, a computer-animated training program conducted indoors during the winter months.

Brown will get to use his own Browning .12-gauge shotgun, which features interchangeable single and double barrels. It’s expensive, but cheap compared to those at major shoots he has attended.

Brown said he is also anxious to try hunting and fishing in Nebraska and hopes to study wildlife biology. He considers it an extension of his outdoors experiences.

“When you’re hunting for deer, you’re always studying how the animals move,” he said. “I also like our environmental sciences classes at school. They’re a lot of fun.”

Brown is hoping his Hastings experience can lead to a career in the outdoors — and perhaps greater success as a trapshooter after competing for Hastings coaches Jeffrey Proctor and Miles Doyle.

“I’d like to be a singles world champion,” he said. “It would be awesome to have that.”

That may be far into the future. For now, there are the practices at Ashland Gun and Country Club and the expectation of shooting in a vastly different place than Fountain Springs.

“I expect to learn a lot. I know a good bit about trapshooting, but there’s obviously a lot of stuff that I don’t know, and my coach will help me with that in college,” he said. “I’m eager to learn a lot about skeet and sporting clays shooting. There’s a lot I don’t know about that. I haven’t been in the world of that much.”